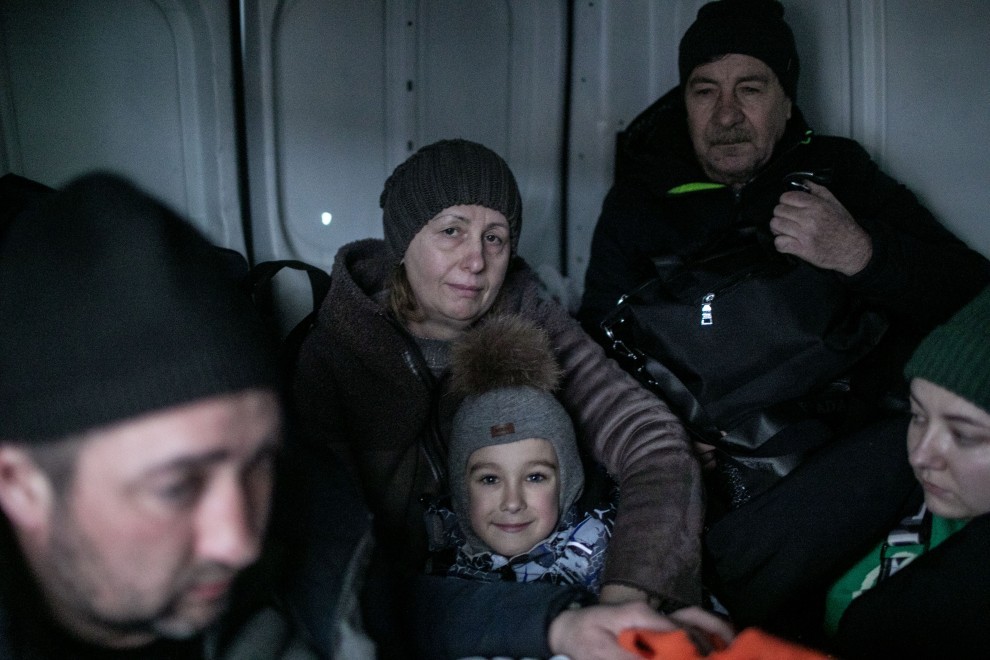 According to Jewish Family Services (JFS) associate executive director Andrea Gardner, Canada has seen the arrival of 78,500 Ukrainians, with close to 30,000 OHIP cards issued in Ontario. The majority of the Canada-Ukraine authorization for emergency travel (CUAET) visa holders have settled in the Greater Toronto Area (GTA).

“It’s really hard for us to get data on how many people are in Ottawa,” said Gardner. “The city, in the summer, began a six-month free transit program and JFS is one of the distribution points, so we know that we’ve seen about 500 people take advantage of that program since then. We estimate, together with our partners, that there are 3,000 or 4,000 people that have arrived in Ottawa.”

It’s been difficult for JFS to identify who among the arrivals is Jewish unless they choose to self-identify, but they say there are about a dozen families they know of.

“We’ve connected those who have identified to our network, to our community, whether they wanted to join a temple or be involved elsewhere. We helped secure access to a JCC membership,” said Gardner. “There’s incredible resilience and independence amongst the newcomers.

Gardner said when support workers and volunteers ask Ukrainian arrivals if they need help beyond housing and employment assistance, they say ‘We’re fine for now.’

Because of this incredible resilience, JFS’s plan for Welcome Circles hasn’t been needed in the same way they thought it would be.

“It’s been a learning curve for us,” she said. “Every different arrival pathway, we learn as we go what the needs are. Every group is different.”

This, on top of staffing challenges at JFS — there have been different people in the settlement volunteer coordinator role over the last few months — has meant that ‘We’re building the plane as we fly it,” said Gardner, echoing similar comments from Canadian officials.

A few weeks ago, JFS was asked to be the service provider on-site at the federally funded hotel. Ukrainian arrivals get booked into the hotel by the Red Cross and can stay for up to 14 days. There, JFS does what Gardner calls light-touch support, like helping people apply for OHIP cards, SIN numbers, and open bank accounts as well as making important connections to the community.

“That’s the kind of help that they want. We don’t always hear from them after that,” she said. “Where we are seeing a higher need is in the senior population, which is never a surprise. There are a number of single-parent families where they’re coming with a senior member as well, who is doing some of the childcare or is left at home and feeling isolated.”

Gardner said JFS is currently looking for ways to engage seniors, and hopes with having just re-staffed the open positions, they can offer more programs and support and utilize the pool of committed volunteers.

“I’ve had a few people reach out to me directly to see how we might be able to fit them into volunteering,” she said. “A lot of it is about doing some friendship meetings one-on-one, and then also maybe some groups, like ESL conversational English … but it’s for the Ukrainians at large, Jewish or not.”

Identifying this group of people in need of support, coupled with new staff positions fulfilled, JFS will soon figure out how to better coordinate volunteers, removing JFS as the physical hub and meeting seniors where they might be in the community. If you have ideas on engaging seniors or would like to volunteer in the community with JFS’s guidance, please connect with Gardner or fill out the volunteer form here.

Read the most recent update from JFNA here.