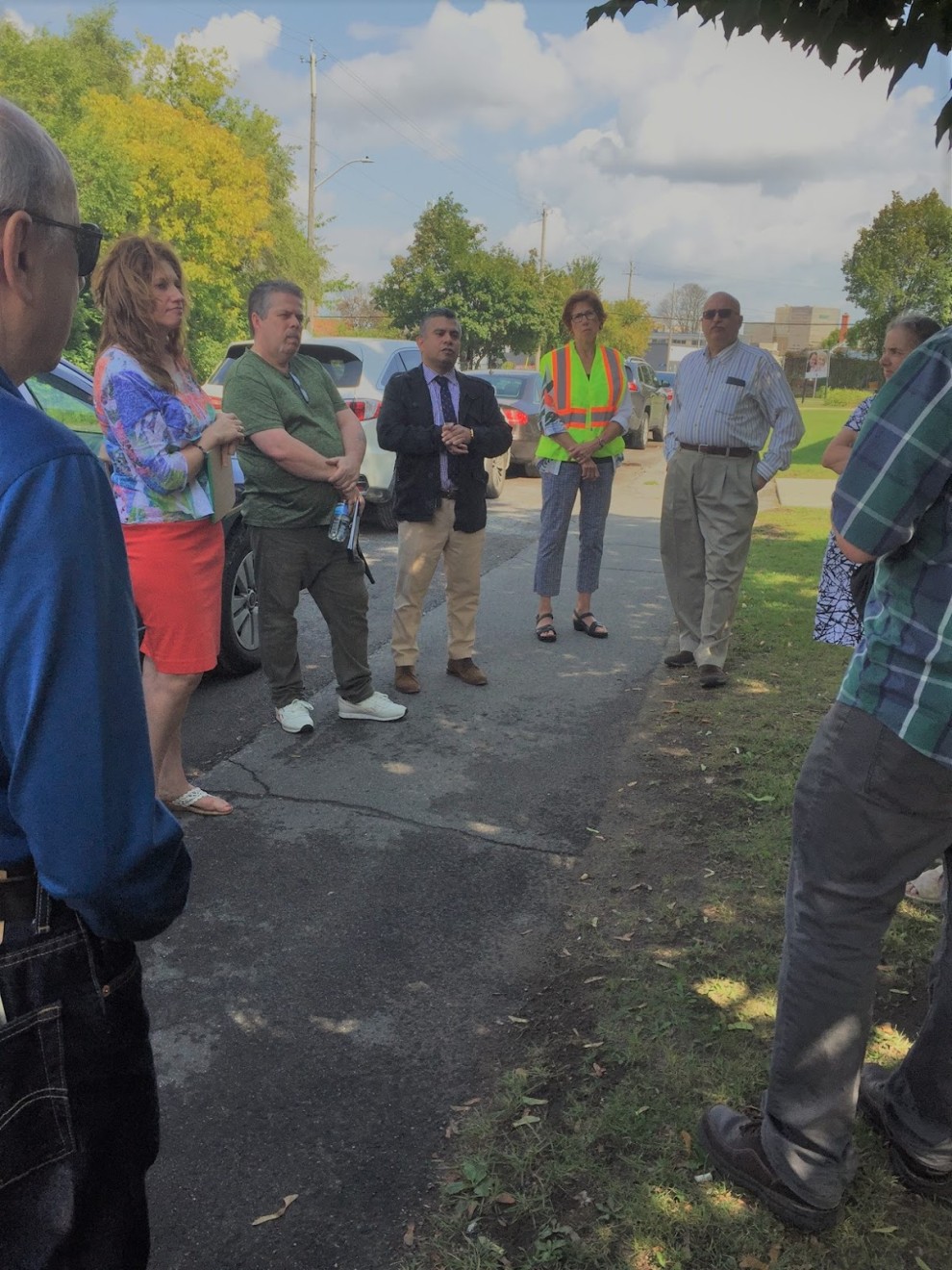 Security at Jewish community institutions is a top priority

A risk of rain and unseasonable humidity were not enough to stop a determined group of Ottawans from heading outdoors to position guards and sentries to secure the Soloway Jewish Community Centre as a refresher to recent security training organized by the Jewish Federation of Ottawa.

On September 11, Federation, in partnership with the National Community Security Program managed by the Centre for Israel and Jewish Affairs (CIJA), held its High Holiday security seminar. Conducted annually, Federation’s objective for the event – and others like it – is to provide community leaders with tools to enhance security at their respective institutions by empowering staff and volunteers through education and skills training.

Direct access to professional consultations and courses, such as “Stop the Bleed – Trauma First Aid,” “Run/Hide/Defend” and “Basic Security Situational Awareness” help to prepare trainees to mitigate threats and respond to them should a worst-case scenario happen. The harsh reality is that, had people in Pittsburgh and San Diego not received training on effective response to an active-threat incident, the outcome – tragic as it was – would have been much worse. As routinely conveyed by CIJA Security Director Ryan Hartman, training and preparedness saves lives. The security aim of the Canadian Jewish Federation Network, under CIJA’s National Community Security Program, is to build communal capacity and resilience, and Ottawa’s Federation is doing its part by assisting community leaders to disseminate the lessons learned during these sessions to their staff, congregants, and the public at large.

Over the last two years, CIJA has sought to make its security training more hands-on and less lecture-based, as demonstrated in the recent session, “Stop the Bleed – Trauma First Aid,” which required maximum audience participation. This was demonstrated last week as Gerry Almendrades, CIJA security adviser (and Ottawa resident), built upon the foundations laid by the “Situational Awareness” course with attendees practicing its principles in a realistic, active scenario. After a review of previously learned fundamentals, the trainees went outside where Almendrades instructed them to envision their individual institution. He asked them to place their guards and sentries in a manner that would provide sufficient early warning for emergency protocols to be activated. As trainees went through the exercise, questions of visibility, communications, and allocation of sentries arose – all which, with some prompting, were readily solved by the participants.

Before bringing this latest training session in Ottawa to an end, Almendrades reiterated that practical knowledge of these principles is important regardless whether a shul, school, or any other Jewish community organization contracts its security or uses a volunteer security cadre. A knowledgeable and security-conscious staff and membership serves to support our communal security. With regard to capacity, Almendrades advised that institutions without funds for professional security services would benefit from a volunteer security cadre who, once trained, can perform as effectively as contracted private security services.

Any organization seeking to build a volunteer security cadre or train their members should contact Federation Vice-President Leslie Kaufman at lkaufman@jewishottawa.com and request the support of the CIJA security team to assist with their security needs.

Martin Sampson is vice-president of communications at the Centre for Israel and Jewish Affairs.