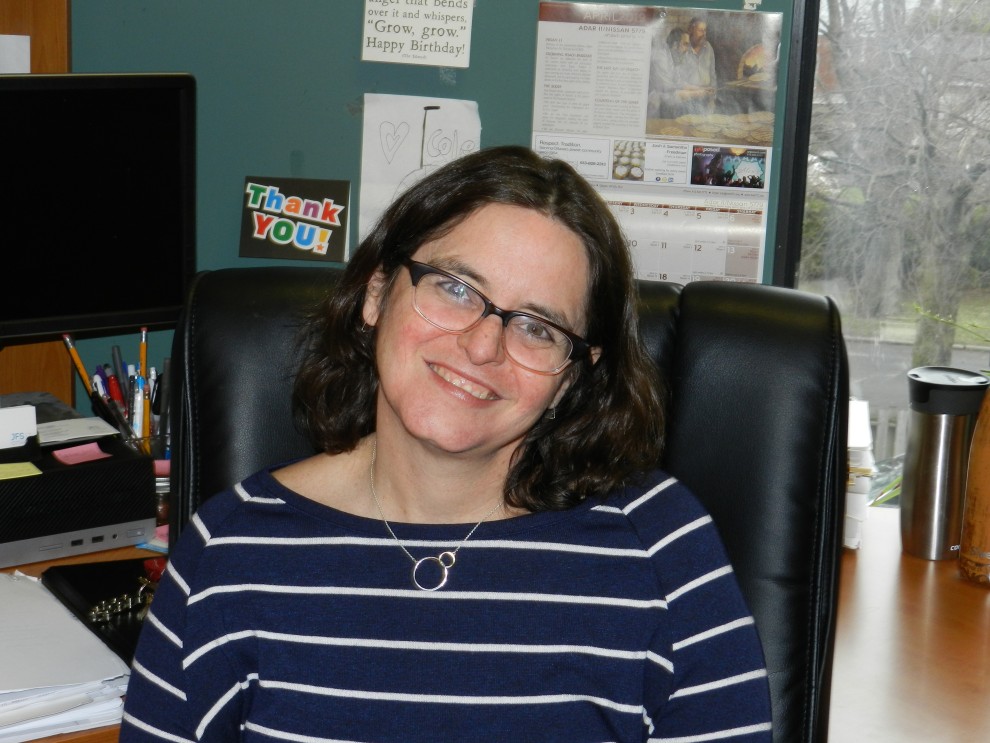 Veteran social worker and administrator has worked in all JFS units

Jewish Family Services of Ottawa (JFS) has announced the appointment of Sarah Caspi, a veteran social worker and administrator with the agency, as its new executive director.

“Sarah’s candidacy proved to far exceed benchmark standards” for the position, the JFS Board said in its announcement.

She joined JFS in 2003 and has been with the agency ever since.

“When I started here,” she told the Ottawa Jewish Bulletin in an interview at her JFS office, “I worked primarily in the Tikvah and counselling units. And since that time I’ve worked in all of the units here.”

In 2012, Caspi became director of JFS’ Shalom Bayit unit, working with Jewish women who have experienced various types of domestic abuse – including violence, verbal abuse, financial abuse, sexual abuse and other forms harassment – by their present or past partners.

That same year, she became one of JFS’ assistant executive directors taking additional responsibility for all of the agency’s seniors’ services, including the Thelma Steinman unit for Jewish seniors support, the Claims Conference support services for Holocaust survivors, and the diverse seniors support unit which serves six other communities in Ottawa.

Many of the programs at JFS particularly serve the Jewish community.

“Our Jewish services include all of our Tikvah services, including our Miriam’s Well distribution,” which distributes fruits and vegetables to low income individuals and families in the Jewish community, “case management, counselling, referrals to the Ottawa Kosher Food Bank, as well as holiday distribution which helps clients with the expenses of celebrating [Jewish] holidays,” she said.

Caspi added that JFS assists clients in connecting with the community at holiday times, pointing out that the agency found Passover seders in the community which welcomed a number of individuals and families who might not otherwise have had a place to go.

“This is incredibly important,” Caspi said, pointing to the teaching in the Haggadah that all be welcomed at the seder table. “That’s a value that we really encourage – and we advocate with the community to make sure that people can find space.”

“We felt there were [Jewish] people in need that were on the streets, who we didn’t have a place to connect with them,” she explained. So while Street Smarts serves the broader street population, it began with the recognition that there are Jewish people in Ottawa living in that circumstance “who need support in a non-judgmental way.”

JFS, Caspi explained, now has a staff of 77, including a strong complement of social workers and mental health professionals.

“Our roots as a Jewish agency are incredibly important to all of the people that work here,” she said pointing to JFS’ deeply held Jewish values, and the concept of tikkun olam. “We really want to walk the talk and use the resources that we have.

“We have an incredibly professional and skilled group of staff here in all of our departments,” she said. “We want to build on those strengths. We want to continue to build ties within the Jewish community, as well as with our diverse community partners.”

Caspi also said JFS will continue to deepen its ties with all levels of government and other potential funders, noting the need to be nimble and strategic “so that we don’t lose services for our clients” in the face of potential cutbacks.

Caspi also spoke about the importance of volunteers at JFS.

“We’re always looking for volunteers,” she said, noting that programs such as Kosher-Meals-on-Wheels depend on volunteers to deliver the food to clients. “We have volunteer drivers who take clients to medical appointments. We have ‘friendly visitors,’ who we match with isolated seniors. We have volunteers who sit on all of our committees; so there are lots of places for people to volunteer.”

Caspi said anyone wishing to volunteer at JFS is welcome to call the agency at 613-722-2225 and added that one of the most difficult decisions to make each year is the choice of Volunteer of the Year, to be honoured at the JFS annual general meeting.