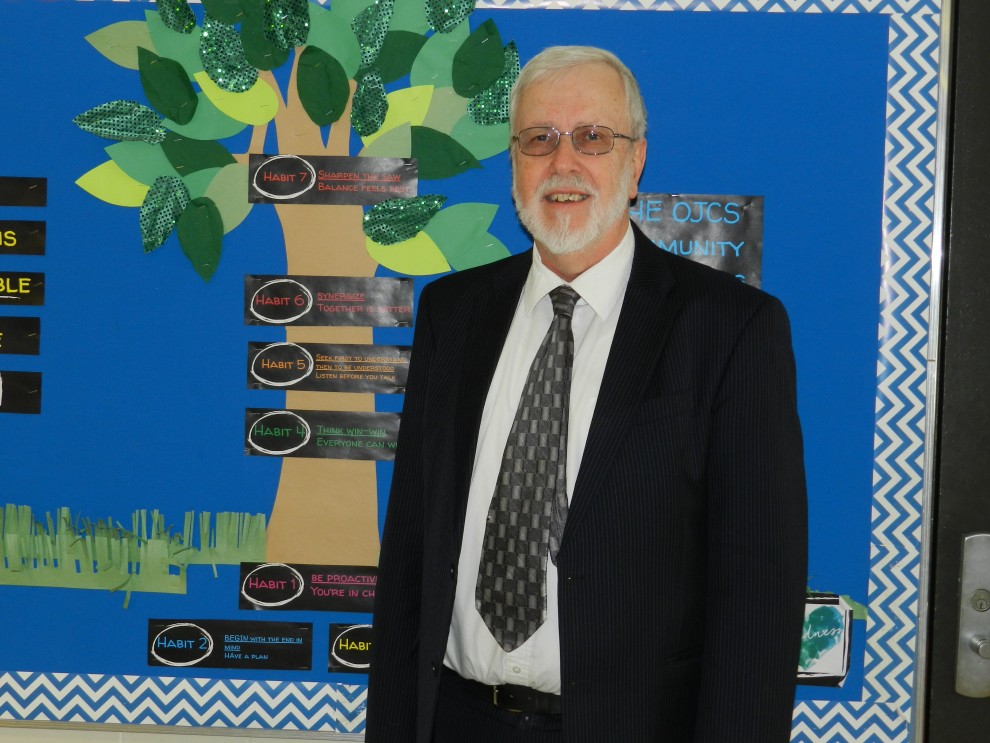 Rabbi Howard Finkelstein, the long-time spiritual leader of Congregation Beit Tikvah of Ottawa, and dean of Judaic studies at the Ottawa Jewish Community School (OJCS), is preparing to retire this summer. With his wife, Rivka, the rabbi is planning to make aliyah to Israel in September.

Rabbi Finkelstein said he’s been thinking about retirement for a long time.

“I told my shul about two years ago that I was thinking about [retiring] around now – and here we are,” he told the Ottawa Jewish Bulletin in an interview in his OJCS office.

After working in Jewish education in New York City for a couple of years, Rabbi Finkelstein assumed his first pulpit in 1979 at Beth Israel Congregation in Kingston, Ontario, where he served as spiritual leader of the then-modern Orthodox congregation until 1991 when he moved to Congregation Beit Tikvah of Ottawa (then known as Beth Shalom West).

Since arriving in Ottawa 28 years ago, Rabbi Finkelstein has been a major figure in Jewish education in the city. At first he taught in the Ariel Program, then a Jewish studies program at Nepean High School, and at Machon Sarah, an Orthodox high school for girls. Then, in 1995, he became Judaic studies principal at the newly founded Yitzhak Rabin High School – a Jewish community all-day high school combining Jewish studies with the Ontario Ministry of Education curriculum.

Rabbi Finkelstein has never hidden his disappointment that OJCS – after years of low enrolment in Grades 9 to 12 – closed the high school division in 2015, and feels that a community high school is vital to the future of Ottawa’s Jewish community.

“I feel it was unfortunate that the high school closed. It took away an option for parents and students who were interested in pursuing a [Jewish] high school education,” he said. “As a result of that, families that could have come here [to Ottawa] did not come here, and some families that were here, moved out.”

Rabbi Finkelstein believes revisiting the idea of re-establishing a high school should be a Jewish community priority should the opportunity arise in the future.

He notes that many of the 141 students who graduated from the high school have gone on to leadership positions in Ottawa’s Jewish community and beyond.

And while he laments the closure of the OJCS high school division, he remains enthusiastic about the community day school – particularly as it has continued to develop in recent years under the leadership of Head of School Jon Mitzmacher, and applauds the school’s dedication to Jewish education at the elementary level.

Speaking about his congregation, Rabbi Finkelstein notes that when he arrived at the shul in 1991, Beth Shalom West, as it was then known, was a satellite of Congregation Beth Shalom, then an Orthodox congregation on Chapel Street in downtown Ottawa.

“The congregation has really developed over the years,” he said.

Although it remains an Orthodox shul, the rabbi said Beit Tikvah’s membership comes from across the religious spectrum – “from non-observant to ultra-Orthodox.”

“We now have two services every Shabbat morning, one Orthodox, one ultra-Orthodox, happening simultaneously, in order to provide opportunities for different types of worship,” he said.

“The people in the congregation have been phenomenal to me and to me my wife over these 28 years,” said Rabbi Finkelstein, who also lauds his congregation’s members for their involvement in the wider Jewish community and for their ongoing quest for Jewish learning.

Making aliyah to Israel has been a lifetime goal, said Rabbi Finkelstein.

“I want to take the sabbatical I’ve never had and spend a year in Jerusalem and then either stay there or move elsewhere in the country,” he said.

Congregation Beit Tikvah will honour Rabbi Howard Finkelstein and his 28 years of service to the shul on Sunday, June 2, 7 pm. Visit https://cbto.org/rabbi/ for information or to order tickets.