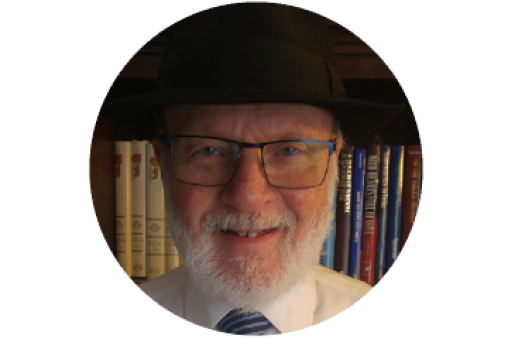 Rabbi Levy Teitlebaum is hoping to train a new generation in the mold of “Reb” Yankel “Jack” Minuk, as Minuk makes Aliyah after overseeing kashrut in Ottawa for the last 30 years.

“He’s not your regular shmo,” said Rabbi Teitlebaum, the director of the Ottawa Vaad HaKashrut, (OVH), the organization that oversees Kosher certification in the city. “He has so much knowledge when it comes to kashrut. Working with him was very unique … different from working with others. His knowledge surpassed others, but he still knew exactly when to ask questions.”

Since the 1990s, Minuk oversaw the kashrut supervision of caterers, cafes, and special events in Ottawa. Rabbi Teitlebaum describes him as the “face of kashrut” to the Ottawa community.

After three decades in the job, Minuk is full of stories from his time in the kitchen.

“It was part time … but I put in a lot of hours,” said Minuk. “I’ve done so many weddings, so many Bar Mitzvahs.”

For “at least 25 years,” Minuk remembers going into the Rideau Bakery, an Ottawa institution that closed in 2019 after operating for nearly 90 years, to ensure the bread and baked goods were being prepared according to kosher laws.

“I just felt that it was important that there should be kosher bread available for the community,” he said. “I went in almost every night to burn a small piece of the dough and check all the ingredients and light the ovens.”

Minuk oversaw kashrut for United Kosher Deli, the initial cafe in the Soloway JCC, as well as the cafe at the Bess and Moe Greenberg Family Hillel Lodge.

“The employees (at the Lodge) loved to have a good hot coffee during the night, so they had a really good vending machine for coffee,” Minuk remembered. “I always put the sugar and creamers out, so it would be ready for the employees to come in for their shift … but one time I made a big mistake and put salt in where there should have been sugar. They weren’t very happy with me!”

Another special memory Minuk shared was one of meeting then prime minister Stephen Harper, at a Chanukah party.

“When he made his entrance, the first thing he did was put a yarmulke on his head as a show of respect,” said Minuk. “They were taking pictures and he came over to me and asked if I would take a photo with his wife and I. Me!”

But that’s not the best part of Minuk’s story — “The next day I was working at Parliament Hill and he saw me three different times … and he was just so friendly and so nice and remembered me!”

Minuk probably has 300 stories for his 30 years of work — but now it’s time for him to move on, as he makes Aliyah to be closer to his family.

“I’ve paid my dues. It wasn’t ever anything you can live on, the money you make doing this, but every penny I gave to my grandchildren and great grandchildren.”

“Once he figured out cell phones, we’d meet for a snack and he’d be showing me pictures on his phone, always,” said Rabbi Teitlebaum.

“He always has a story to tell about them. They’re his true, true pride.”

And now, as Minuk departs for Israel, Rabbi Teitlebaum is hoping his enthusiasm for his work will carry on to the next generation.

“I want to show the beauty of how he looked at his work to others … show them how you can do something and take such extreme pride in it,” he said. “He’s from a generation that took their work very seriously. Kashrut was something he took not just seriously, but as a calling. It was his way to give something back to the community.”

Do you have a story to share about Minuk? We’d love to hear it! In the meantime, safe travels and the very best for this next chapter to Reb Yankel and family in Israel, from the Federation team.