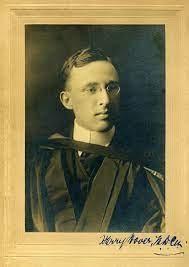 Did you know that we don’t know for certain who the first Jewish settler was in Ottawa? Many consider it to be Moses Bilsky, whose family was very involved in the Ottawa Jewish community and you’ve most likely heard of his daughter  Lillian Freiman and her husband AJ, but are your familiar with the Dovers and Rosenthals?

Thanks to the Archives, here are the stories of two other Jewish families who helped settle this area and create the thriving Jewish community that we enjoy today.

John Dover arrived in New York City in 1885 from Yourbrick, Lithuania, with Aaron Cohen and his sister Minnie Cohen. Upon his arrival, John and Aaron began a short lived saloon business. John began selling dry goods and then ventured into Canada with the expansion of the railways. During his early trips into Canada, John made his living selling watches and chains to lumbermen. He travelled as far west as Winnipeg and was there at the outbreak of  The North-West Rebellion in 1885.

John Dover married his childhood sweetheart Minnie Cohen in 1888 and the couple moved to Ottawa in 1889 where John became the first Orthodox Jewish settler in a burgeoning Jewish community. John Dover first appears in the Ottawa City Directory of 1890-1891 and is listed as a peddler living at 15 Papineau Street. John and Minnie's first son, Harry Dover (b. April 1890), is thought to have been the first Jewish baby born in Ottawa. The couple's second son, Joseph, was born in 1895.

By the early 1890s, John had sent for his father, step-mother and siblings Harry, David and Emily, to join his family in Ottawa. The Dover home on 74 Nelson Street soon became the focal point of religious life in Ottawa, housing religious services for three years before the creation of the Adath Jeshrun Congregation in 1892. John Dover received the charter for Adath Jeshrun and became the congregation's first president. Around this time, construction began for a shul to house the congregation.

John Dover peddled with a team of horses until 1907. After that he operated a store in Almont, Que., for about seven years where he was the only Jew in town. In 1911, he opened a wholesale grocery business on York Street in Ottawa. He ran this grocery until his retirement in 1927.

John and Minnie Dover’s children included five sons; Harry, Joseph, Dave, Jack, and Michael, and two daughters, Hattie (Nathanson) and Sylvia (Rosenthal). Harry graduated from McGill University around 1914 and became Ottawa's first Jewish doctor and the first Jewish coroner in Canada. Sylvia became a nurse and lived in New York. Many of the Dover sons worked in merchandising in Ottawa.

Meet the Rosenthals
(written by Jan Kurman, a University of Ottawa student volunteer at the Archives)

It may come as a surprise to learn that Ottawa was once the home of a great Canadian silversmith. As Ottawa was rapidly expanding in the later half of the 19th century, the city welcomed two extraordinary German immigrants into its small Jewish community.

Born in Lobsenz, Prussia (now Łobżenica, Poland) in 1831, Aaron Rosenthal was an expert jeweler and silversmith by trade. At a very young age, Aaron left the safety of his home town and departed for India and then to Sri Lanka where the markets for gems and minerals were abundant. He lived on the Indian subcontinent for the majority of his teenage years. Eventually, Aaron moved on to Australia, where he set up shop as a jewelry merchant in Melbourne.

Bertha Lehman was visiting Australia with her family in the late 1860s when she was first introduced to the young jewelry merchant. The pair, both German, quickly fell in love. They were married in Australia and soon moved to England to start their new life. However, this didn’t last long. New prospects opened up and the couple decided to move to Montreal and then finally to Ottawa in 1878. The family permanently made Ottawa their home and opened a jewelry store on Sparks Street. Unlike most of the other new immigrants in Ottawa, the Rosenthals had accumulated savings from their past business ventures. They constructed a new elaborate building for their business which still stands on Sparks Street. Today, it is known as the Birks Building and is owned by the federal government.

The store was a well-known feature in the city of Ottawa. Aaron’s silverware was desired by Ottawans everywhere and many families owned his famous silver tableware. Aaron’s sons would later join the jewelry business, which became known as A. Rosenthal and Sons Ltd. The firm remained very successful for most of its existence. It was located right in the core of Ottawa’s modern central business district. When Aaron passed away in 1909, the business continued to run with the help of his children. The historic building was finally bought out by the jewelry giant Birks in 1945.

The Rosenthal family was one of Ottawa’s earliest Jewish settlers, some even consider them one of the founders of Ottawa’s Jewish community. As such, they had an enormous task ahead in forming a functioning community for the incoming Jewish immigrants. Between 1891 and 1901, Ottawa’s Jewish population quadrupled from a couple dozen to almost 500. The Rosenthals, along with the Bilsky family, were essential in helping new Jewish immigrants settle into the community. They helped create a prayer group for holidays and when numbers became too large, a synagogue was built.

Read the whole blog at the Archives.

Stay tuned for more on Jewish Heritage Month in the next issue of the E-Bulletin and be sure to take the heritage quiz here.