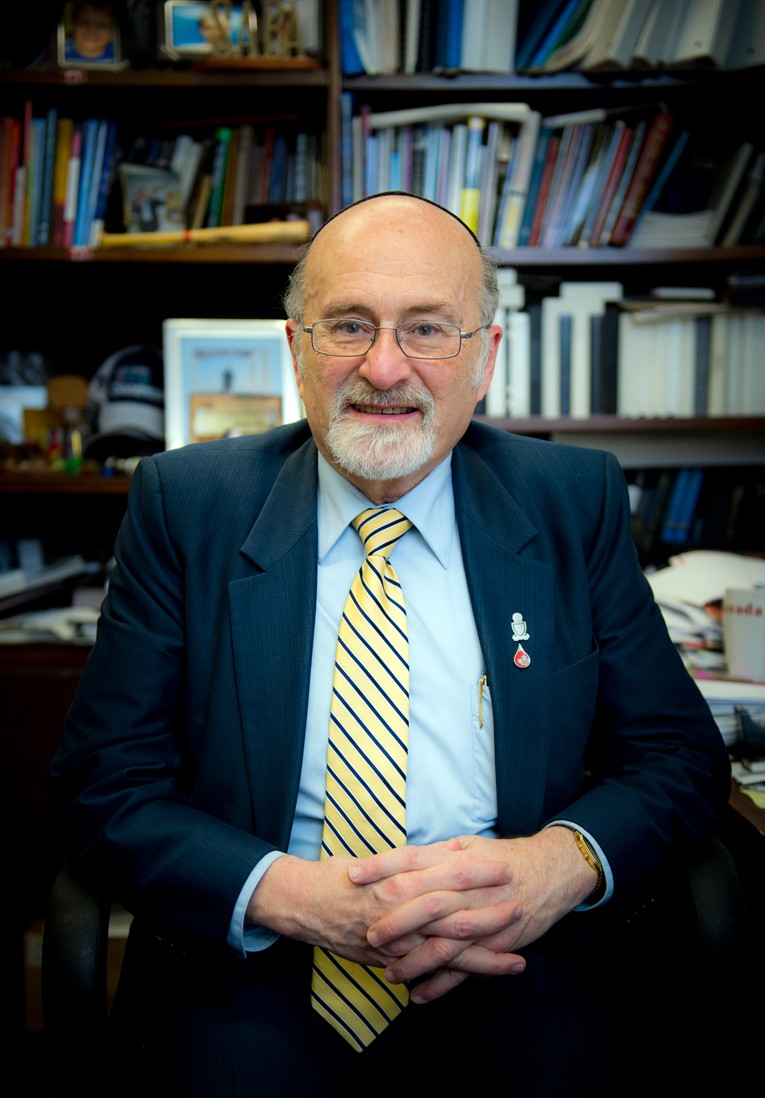 A proposal to rename Featherston Park as “Rabbi Bulka Kindness Park” was approved by Ottawa City Council on September 11, following a consultation period in June and July in which the public was invited to submit comments on the proposal to the city.

The park is being renamed in honour of Rabbi Reuven P. Bulka, rabbi emeritus of Congregation Machzikei Hadas.

The park, on Virginia Drive in the Alta Vista neighbourhood, is adjacent to the synagogue, which Rabbi Bulka served as spiritual leader from 1967 until 2015.

In addition to his leadership in the Jewish community – he is currently co-chair of the Jewish Federation of Ottawa Annual Campaign and is a past co-president of the Canadian Jewish Congress – Rabbi Bulka’s leadership in the broader local and national communities is well known. He is the founder of Kind Canada, an organization committed to spreading acts of kindness, he has played important leading roles in a number of health care organizations, and has long played a role in national Remembrance Day ceremonies as honorary chaplain of the Royal Canadian Legion.

“Our local Jewish community is blessed to have a spiritual leader like Rabbi Bulka call Ottawa his home. His commitment to helping others extends to our community at large and is exemplified through his countless contributions and work with local and nationwide groups. The naming of this park is a small way Ottawa can express its gratitude to Rabbi Bulka and recognize the significant impact he has on our community,” said Ottawa Mayor Jim Watson.

“For over 50 years, Rabbi Dr. Reuven Bulka has worked tirelessly on behalf of our community. His acts of kindness, unity and reconciliation continue to serve as an inspiration to all who seek to improve their communities. I support this commemorative naming without reservation,” said City Councillor Jean Cloutier, whose Alta Vista Ward includes the park.

The proposal to rename the park in honour of Rabbi Bulka originated in a Machzikei Hadas committee organizing a celebration of both the congregation’s centennial and Rabbi Bulka’s half-century of leadership.

“Since coming to Ottawa in 1967, Rabbi Bulka has not stopped helping people regardless of their faith or background,” said the committee co-chair, Bram Bregman, who initiated the idea and led the process to rename the park after Rabbi Bulka. “Permanently naming a park in honour of Rabbi Bulka is a most fitting way to recognize the kindness he has shown others and to inspire others to do the same.”

“I am so delighted that the city park adjacent to the synagogue that Rabbi Bulka led for 50 years will permanently bear his name,” added Ron Prehogan, the committee’s other co-chair. “There can be no more deserving honouree than Rabbi Bulka, who has given so much for so many years to the eternal betterment of our community.”

“Beyond the many civic contributions and his countless volunteer roles, it is the private, behind-the-scenes man whose day-to-day acts of compassion and care that perhaps make the most impact. Rabbi Bulka is always, always helping others. From small deeds to big ones, he does everything with kindness and good humour,” said Jewish Federation of Ottawa President and CEO Andrea Freedman. “Rabbi Bulka is unique in that he does much public promoting of kindness, and at the same time, truly leads by example. Rabbi Bulka makes time in his busy schedule to reach out, check in and offer support. And he does this for countless people. He is an inspiration.”

“I have known Rabbi Bulka for most of my life. I have played softball with him, and against him. Melanie and I were married by him. Whatever he does, he does with kindness and compassion, and not a little humour and wordplay,” added Federation Chair Michael Polowin. “He is a leader in our community, both Jewish and the broader city. He is a scholar and a gentleman, in the truest senses of both words. Our community and our city are better for his presence, and we all look forward to that continuing for many, many years.”

Asked to comment on the honour, Rabbi Bulka responded with humility and humour.

“Thanks to everyone who had a hand in making this Kindness Park happen,” said Rabbi Bulka. “Although I am too old for the Monkey Bars, I hope to never get too old to delight in others using the entire park, bar none!”

The City of Ottawa has not yet set a date for the official dedication of Rabbi Bulka Kindness Park.