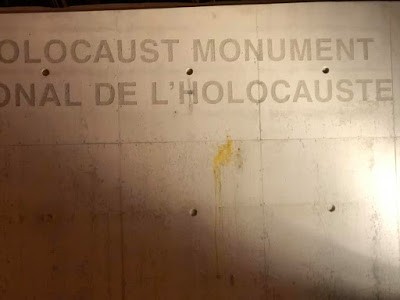 In an announcement January 23, the Ottawa Police Service announced the reintroduction of its Hate Crimes Section.

The reintroduction of dedicated hate crimes officers is one of several changes to Ottawa Police Services that have been announced since Chief Peter Sloly was sworn in last October 28.

“We are very pleased that the Ottawa Police Service is reinstating a specialized Hate Crimes Section. Specially designated units and sections ensure that hate-motivated crimes are investigated by officers equipped with the knowledge, experience, and resources necessary to address such incidents,” said Jewish Federation of Ottawa President and CEO Andrea Freedman in response to the announcement.

“Sarah Caspi, CEO of Jewish Family Services of Ottawa, and I had the opportunity to meet with Chief Sloly and his senior leadership, along with leaders from other at-risk communities as the new policies were brought forward,” added Freedman. “These are critically important measures that Ottawa Police Services is taking and it is clear, that under Chief Sloly, OPS is deeply committed to combatting hatred, in all forms in our nation’s capital. While the rise in antisemitism is deeply disturbing, the Jewish community has a real partner in the OPS.”

“As a result of community and stakeholder feedback, we’re adding two new Hate Crime investigators to the Security Intelligence Section to help identify trends and community safety concerns,” said Sloly. “We re-evaluated how we accepted hate-motivated incidents from the public and we know that responding to incidents of hate will have a far-reaching impact on the well-being of our communities… We know that hate-motivated crimes are often under-reported. We want people to know that we take such incidents seriously and we are here to help.”

According to the announcement, “Officers in the Hate Crime Section will monitor and triage all incoming reports to ensure a timely, consistent and effective response to all hate-motivated incidents in the city. The section will focus on the prevention of hate-motivated incidents through public education, outreach, and the development of intelligence to address extremism. It partners with the province’s Community Safety and Well-Being plan, and includes sharing of information with other police services in the Nation’s Capital.”

The importance of the Hate Crimes Section was underscored in the days after the announcement when the National Holocaust Monument was defaced with thrown eggs on January 29 and an Indigenous art piece at Algonquin College was defaced with yellow paint on January 30. Police are investigating both incidents as hate crimes.

“The bolstering of hate crime units has long been an advocacy priority for both CIJA [Centre for Israel and Jewish Affairs] and Federation, and we commend the Ottawa Police Service for taking this important step. We will continue to encourage other jurisdictions to follow in Ottawa’s lead, and establish hate crime sections in their cities and municipalities,” said CIJA Vice-President (Communications) Martin Sampson.