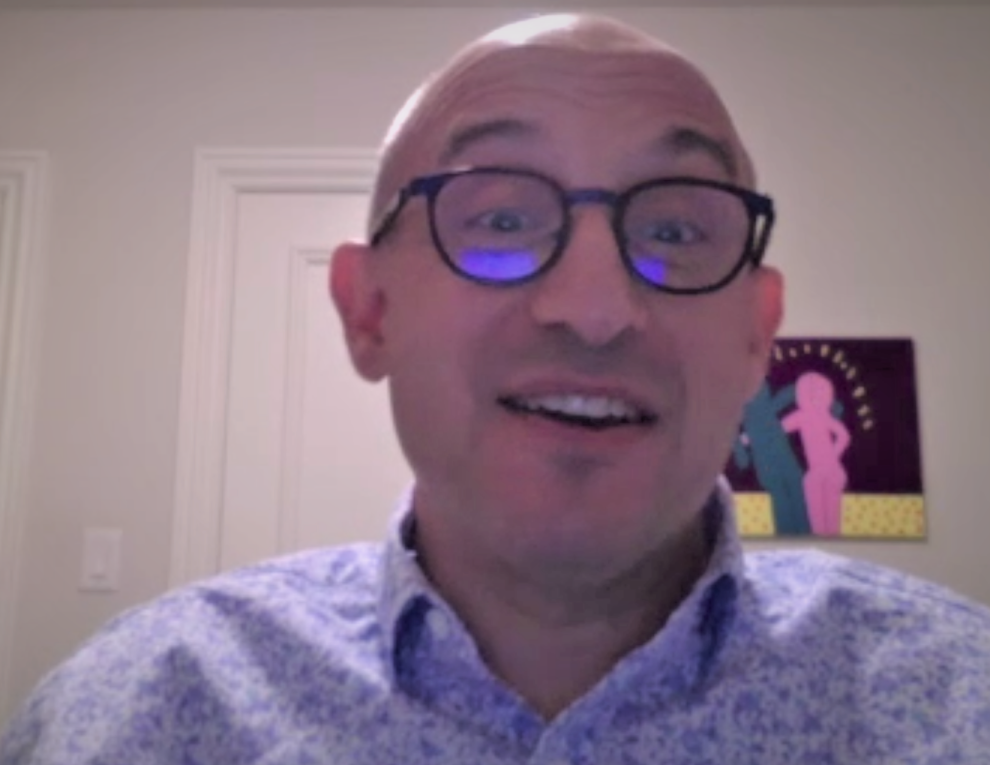 The community will emerge stronger and more cohesive from the crisis “as we work together to shape a better future,” predicts keynote speaker Ian Freedman, president of Joe Fresh.

For the first time on June 4, the Ottawa Jewish Community Foundation held its annual general meeting online with 69 people participating via Zoom.

The meeting, chaired by Foundation Chair Lawrence Weinstein, included a D’var Torah from Rabbi Gavriel Rudin of Young Israel of Ottawa; an overview of the past year from Foundation President and CEO Andrea Freedman; an investment update from Errol Kuszner of BNY Mellon (the Foundation’s investment fund managers); the Governance Committee report, including the election of new Foundation Board members by Gillie Vered; the announcement of scholarship recipients by Paul Finn; and a keynote address by Ian Freedman, president of Loblaws’ Joe Fresh clothing brand.

In her overview, Andrea Freedman called attention to the Foundation’s 2019 Annual Report distributed in a PDF file to attendees and cited several highlights including that 13 new endowment funds were opened and that $341,000 in new capital was distributed to the 900-plus endowment funds the foundation currently holds.

“Coupled with a really strong investment year, which netted 10.2 per cent in investment income after all expenses, the Foundation now stands at just over $71.3 million, which is a terrific achievement and one that we all should be very proud of,” she said.

Freedman also said the Foundation’s importance “is much more than just numbers” and lauded the fact that the Foundation was accepted into the Harold Grinspoon Foundation’s Life and Legacy Program and is now working with 14 Jewish agencies in Ottawa to “really secure our Jewish future” by developing strong after-life giving programs in which donors can ensure ongoing support for their chosen causes after they have passed away be remembering them in their wills – “a great vehicle for everybody to be philanthropic.”

The importance of legacy giving, Freedman said, was driven home to her over the past three months of the COVID-19 pandemic.

“As we see organizations struggling to raise dollars – as we see galas cancelled, as we see golf tournaments cancelled, and as we see ordinary people really struggling to pay bills with less of an ability to give philanthropically – the fact that the Foundation last week was able to mail out over $2 million in cheques to Jewish Ottawa charities was like throwing them a lifeline,” Freedman said.

As announced by Paul Finn, Shaked Karabelnicoff, a Carleton University journalism student, was the recipient of the George Joseph Cooper Scholarship – valued this year at $18,408. The Cooper Scholarship is presented annually to a student from Ottawa’s Jewish community who has “displayed leadership qualities, academic excellence, a strong commitment to the Jewish community, and whose studies and career goals will advance the arts, literary or social sciences.”

Foundation Chair Lawrence Weinstein announced that the Norman Lesh Philanthropy Award and the Women’s Collective Philanthropy Award would not be awarded this year because the COVID-19 pandemic is preventing organizations from holding the type of events these awards normally support.

“Instead,” said Weinstein, “the Lesh Family donated their grant to Tamir to help manage the extra costs caused by the pandemic,” and the Women’s Collective Philanthropy Program “will distribute $1,500 to Jewish Family Services’ Shalom Bayit and Tikvah programs for female clients in response to emergency needs caused by COVID-19.”

In his keynote address, Joe Fresh President Ian Freedman – who is the brother of Foundation President and CEO Andrea Freedman – talked about the workings of the fashion and garment industry and particularly about the current challenges of doing that work during the pandemic with members of his team all working from home rather than in the Joe Fresh offices in Toronto and New York.

The core apparel in the Joe Fresh line is all designed in-house, Freedman explained, in a process that takes about a year from first sketches of a design until the manufactured item is available in stores.

Three months ago, Freedman speculated, no one would have thought that this complicated process could have been managed by a team working from their homes. “Nobody would have agreed that this was doable.”

Faced with the reality of COVID-19. Freedman said his team “figured out how to make the impossible possible” using “bottom-up problem solving.”

“We’re completing our line for next spring virtually,” Freedman explained, “and while it isn’t finished yet, it’s looking great.”

“In many ways,” Freedman said, “we became closer as a team through this crisis. Partly because that spirit of teamwork and problem-solving was enhanced by the challenge, but also because we met each other’s spouses, children and pets as they wandered on and off-camera during meetings or when they volunteered to deliver a swatch or sample to someone’s home – all while staying six feet apart.”

Calling attention to the “silver lining” of the crisis, Freedman said his team is stronger now than they were at the start of the crisis.

“We feel closer now to our colleagues than we did at the start and we’ve discovered a resiliency, agility, adaptability and creativity that has surprised even ourselves – and this isn’t unique to Joe Fresh,” he said, adding that many businesses, community organizations, schools, universities and governments have similarly risen to these challenges.

“This is most definitely true of the Jewish community organizations. The Ottawa Jewish Community Foundation and Federation are both blessed with wonderful lay and professional leadership – including my sister – that are working incredibly hard to help the community navigate through a difficult time. Like all other organizations, they’re showing remarkable resiliency, agility and creativity to pivot and continue to serve the Ottawa Jewish community in this time of need.”

The community, Freedman predicted, will emerge stronger and more cohesive from the crisis “as we work together to shape a better future.”