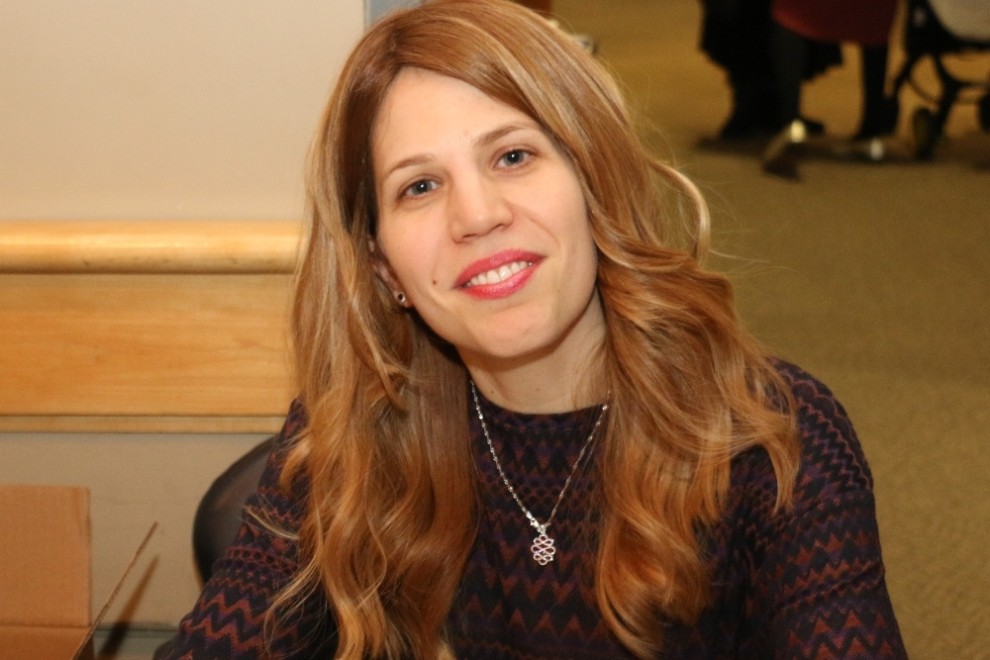 Ottawa native Sara Loewenthal launched her second children’s book, The Courtyard’s Secret, at the Soloway Jewish Community Centre on December 9, 2018. The book focuses on the true story of how Joel Diena and his mother hid from the Nazis in an Italian town during the Second World War.

Loewenthal’s first book, So Near, and Yet So Far: Klara’s Voyage on the MS St. Louis, was published in 2012. She said the idea of writing another book was planted at the book launch when Rabbi Reuven Bulka said to her, “Do you know what happens after you write your first book? You write your second book.”Loewenthal said she was inspired to write the new book when she read a 2013 article in the Ottawa Jewish Bulletin about how then-Ottawan Joel Diena was saved during the Holocaust.“I clipped the article and called Joel up to say I was really inspired by this article, and asked if I could come to his house to hear him tell his stories,” Loewenthal said.Diena agreed to let Loewenthal write a book about his experiences.According to Loewenthal, the first draft of the book took only a couple of hours to write, but it then took “weeks and months of going back to their house, listening to recordings of him speaking, and reading other books that he recommended.

”Loewenthal said she decided to gear this book toward children, like her previous book, because she is an early child educator and thought the story would have the greatest impact on kids.“There are so many incredible learning opportunities that exist – from social skills, to morals, to values – that we can teach the youngest of us,” she said.In telling Diena’s story, an important consideration for Loewenthal was making sure it was child-friendly.“Children love happy books, and yet this was a book that was based during the time of the Holocaust when there were Nazis hunting down Jews,” she said. “It is a book designed for children, so we couldn’t make it too scary.”One of the aspects of writing the book Loewenthal said she struggled with the most was how long the story should be.“I spent hours and hours with Mr. Diena, and he told me two years’ worth of incredible things that happened – and I had to put it into a children’s book with pictures,” she explained.In the end, Loewenthal said she chose “two really significant stories” to base the book around. The first story was of a Nazi visiting the inn that Diena and his mother were staying at to look for Jews, and Diena being forced to hide in his room.

The second story was about Diena’s friends being instructed by their teacher to tell the Nazis if they knew of any Jews hiding in the village. Nobody in the class said anything, even though “at least half of the class knew of Joel.”The pictures for the book are by Israeli artist Gadi Pollack. When Pollack agreed to illustrate the book, Loewenthal said she “knew the impact of the stories would be a million times fold.”Loewenthal said when Diena saw an illustration of himself in the book, he even remarked that, “it looks more like me than I look like me.”According to Loewenthal, the picture on the cover of the book, depicting Diena and his friends playing in a courtyard while the shadow of a warplane flies overhead, is meant to represent “the tension between Joel having a wonderful time playing with his friends, and being a Jewish boy trying to hide from the Nazis.

”When asked if she had plans to write any more books, Loewenthal said she is drawn to “stories that are inspiring and have a very strong message,” and that any future titles would probably follow a similar pattern – although they may not be historical, like her previous books.“I have five young children, so teaching them about morals, ethics and character development is something of real importance to me.”For more information about The Courtyard’s Secret, contact the Jewish Youth Library of Ottawa at 613-729-1619.