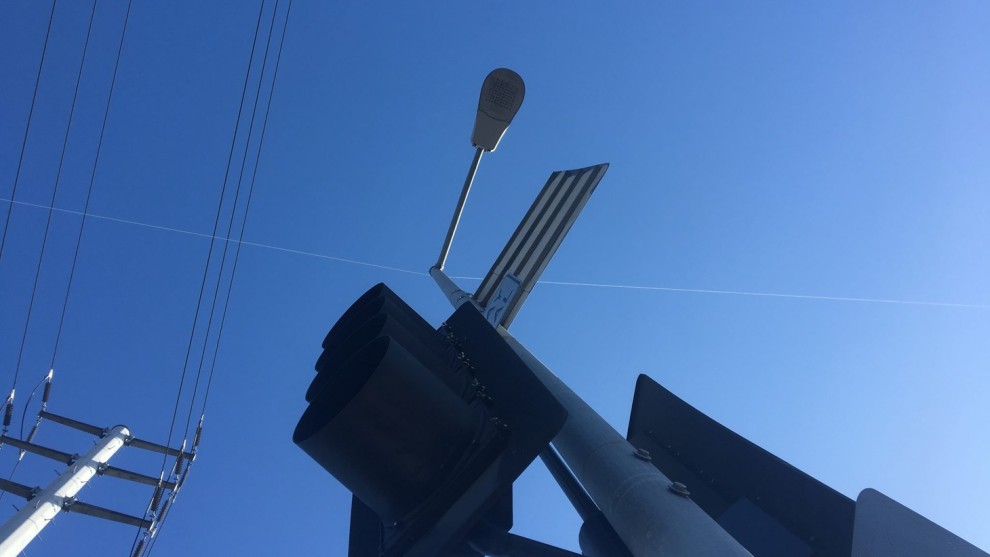 The Daily Show’s John Stewart called it the ‘Thin Jew Line’ in a 2011 comedy sketch — but in reality, an Eruv (and in particular the 50-plus kilometre Ottawa Community Eruv) is a vital piece of the community for Orthodox or traditional Jews to observe Shabbat.

In short, an Eruv is boundary lines that circle a neighbourhood — creating “one big backyard,” as Dov Coodin puts it, to make public domain privately held land so that carrying items on the Shabbat is permitted.

“There are 39 categories of things they’re not allowed to do on Shabbat — including carrying anything in a public domain,” explained Coodin, director of the Ontario Eruv Coalition, who has helped install and maintain about 10 community Eruvs in different cities, although he didn’t work on the Ottawa Community Eruv.

“This means they can’t carry a prayer book to synagogue or a baby to the park, they can’t put things in their pockets or push a stroller. But if you’re in one of these enclosed spaces, Eruvs, it makes it one big backyard for the community. We’re all in there together.”

Eruv volunteer Aviva Ben-Choreen began helping to get the Eruv information online after volunteering as co-chair of the Jewish Federation of Ottawa’s Annual Campaign with Rabbi Reuven Bulka Z”L in 2018.

“I grew up in Chicago in an Orthodox home, and we did not have an Eruv in our neighbourhood in Chicago … so if you wanted to go to synagogue, you had to plan ahead to bring anything to Shul,” said Ben-Choreen. “When Rabbi Bulka moved here (from New York), for him it must have been a real shock to have to adjust to not having an Eruv.”

It had taken many years to get the Ottawa Community Eruv up and running, finally declaring it open in 1975.

“There were multiple authorities involved in getting this put up,” said Ben-Choreen. “The railway, multiple municipalities, the NCC lands where it went through parks and across protected lands.”

At the time, Ottawa wasn’t a connected single municipality, so it required working with the small towns that are now neighbourhoods enclosed in the Eruv.

The Ottawa Community Eruv is bounded on the north by the Ottawa river, and on all other sides by a 50.4-kilometre-long wall made up of 213 doorposts, or lechoyayim, with connecting lintels. The eruv reaches from the Place d’Orléans Shopping Centre in the east to Andrew Haydon Park in the west, serving Jews in Gloucester, Vanier, Alta Vista, Nepean, Craig Henry, Centrepointe, Westboro, the city core, and places between.

While having an Eruv in place was an amazing feat, Ben-Choreen realized it wouldn’t be of much help to the community if they didn’t know its boundaries. So after co-chairing Federation’s Annual Campaign, and thanks to advances in GPS mapping and technology — and of course, the internet — the existing map of the Ottawa Community Eruv could be made.

Rabbi Scher found a community volunteer with the right skills, Kivi Shapiro. Shapiro, with great dedication and over an incredible amount of time, went over the GPS mapping and confirmation of the post locations, which were based on an old list from the late 1960s. Shapiro went in person with the help of another volunteer to double-check and confirm the physical sites of the posts and then created a map using GPS locators.

“Now anyone who wants to know where the Eruv goes and how to see it, can find it online.”

Ben-Choreen explained the practicality of having an Eruv as a way to “make things work.”

“Judaism is full of all these little sideways steps,” she said. “It’s super important to those from the traditional to the Orthodox. We’re not trying to impose any practices on anyone, this is just to be inclusive for the entire community.”

Not only does an Eruv support the entire community who wishes to use it, it also takes an entire community of its own to keep it up and running — with the Ottawa Community Eruv maintained by volunteers.

“Over the last few years there have been major renovations on the Ottawa Eruv to keep it maintained,” said Rabbi Idan Scher, who now helps coordinate the maintenance of the Eruv.

“Rabbi Bulka and I probably spent hundreds of hours on it. We really got to bring it up to date. There was some deterioration we wanted to nip in the bud, sometimes cities change poles or wires here and there. We also extended it a bit into different parts of the city.”

According to Rabbi Scher, it takes volunteers about five hours a week to check and sometimes repair the entirety of the Ottawa Community Eruv. The growing group of volunteers is vital to ensuring those within the borders of the Eruv can honor the Sabbath. A map is available online to review its boundaries.