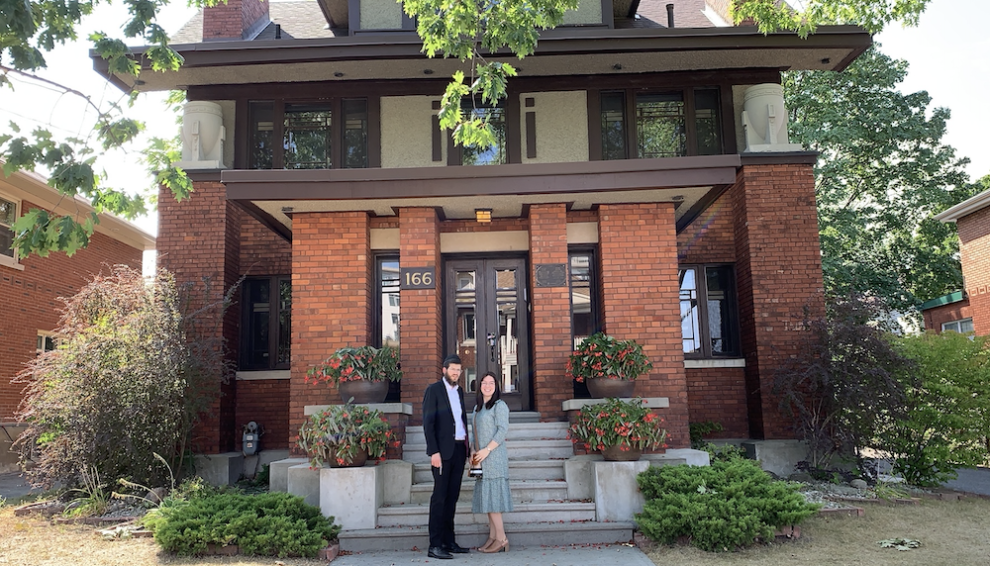 In 1981, the Caytak family moved to Ottawa and opened the Jewish Youth Library in their basement. In 1989, they moved into a house across the street — but other priorities like a preschool and a summer camp took over the space they had hoped to dedicate to the library.

Finally, a new dedicated space will soon allow the community to gather in the library once more.

“A couple of years ago, we were going to do an expansion,” said Devora Caytak. “We had even moved to the Federation campus for two years, but at the last minute, it didn’t work out. So we thought, OK … what are we going to do?”

After the expansion, the preschool and summer camp facilities were solidly in place — and the books were in storage.

“We had this dilemma. These books really should be in circulation. Should we donate them? We just didn’t have any room,” said Caytak. “Then we saw this beautiful property in August 2020 — my husband and daughter jogged past it.”

Worried about rezoning and convinced it wouldn’t work, despite the initial instinct to make the space the home of the Jewish Youth Library, Caytak didn’t pursue the purchase.

But then the price came down.

“And then we spoke to people who walked us through the rezoning,” said Caytak. “It’s this beautiful Frank Lloyd Wright heritage building built in 1915 with everything in perfect condition. Someone said ‘100 years ago this house was built with your library in mind’.”

Caytak put in an offer, and it was accepted, pending the rezoning application. It took another 8-10 months to get through public consultations with the city councillors and neighbours.

“It passed unanimously by the city staff and the planning committee,” said Caytak. “We were able to close the sale in August of 2021 — a full year after we first saw it!”

The new library, located in Westboro/Wellington West, will be zoned as both a library and an instructional facility, with many classes planned for the future.

“We want it to be a meeting place, not just for the Jewish community but for the community at large,” said Caytak. “Libraries build good communities. They’re equalizers of goodness and kindness.”

Right now, they have so many plans that Caytak said she’s having a hard time sleeping. There’s no hard timeline on design and renovation completion for ‘Huron House’ has been experiencing some delays from supply chain disruptions, but Caytak hopes the new space will be open sometime in 2022.

“We’re working as fast as we can,” said Caytak. “It’s a privilege for us to have this house and create a meeting space for everyone in the community.”