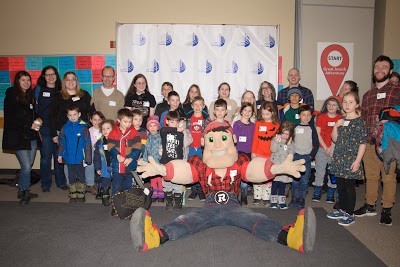 People perform mitzvot (good deeds) all year round, but on February 2, more than 450 people of all ages, gathered together at the Soloway Jewish Community Centre (SJCC) and Hillel Lodge to take part in the Jewish Federation of Ottawa’s annual Mitzvah Day, a special day when good deeds are performed and celebrated.

First time co-chairs for Mitzvah Day were the husband-and-wife duo of Leslie Feldman and Mike Klein.

“Giving back is a Jewish tradition,” said Feldman. “Mitzvah Day is such an important event for children in our community to get to know what a mitzvah is.” 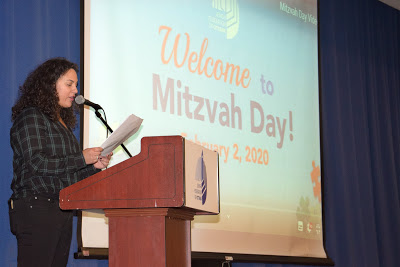 An annual event since 2005, Mitzvah Day 2020 saw 13 mitzvah activities at the SJCC and Hillel Lodge.

Among the activities – some new, some long-time favourites – were the Great Jewish Adventure Scavenger Hunt; Can-gineering, a team activity to build structures using cans and boxes of food which were then donated to the Ottawa Kosher Food Bank; Furrever Homes, which recycled single socks into catnip toys for foster cats; and the ever popular Dance-a-Tonne at Hillel Lodge which saw Lodge residents moving and grooving with some of the youngest kids. 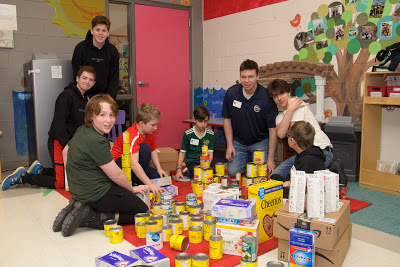 And alongside activities old and new stood both first-time and returning participants.

“We always see so much about the bad and it’s so great to see a community of people who want to do better,” said Dudas.

For other participants, giving back was only part of the fun.

“It’s because there’s so many kids here,” Bahar said.

Kids who, like four-year-old Shmuel Caytak, came to learn about mitzvot and get to the root of the more personal meanings behind a mitzvah.

While patiently waiting for his herbs to grow at the Sprouting Knowledge station, Shmuel talked about what Mitzvah Day means to him.

“It’s special because it’s Jewish and it makes the bad dreams go away,” he said.

Whatever the motivation for attending the event, Mitzvah Day 2020 was a tremendous success.

“It brings all the community together regardless of age and denomination,” said Jewish Federation of Ottawa Chair Michael Polowin. “Mitzvah Day is my favourite day of the year.”

As Mitzvah Day wound down, Federation President and CEO Andrea Freedman reflected on the day’s events while passing out cookies with a smile.

“People, food and giving back,” said Freedman. “What could be bad? It’s about the power of each of us.”

Rabbi Reuven Bulka, co-chair of the Jewish Federation of Ottawa annual campaign and rabbi emeritus of Congregation Machzikei Hadas, showed his pride in the Jewish community and in Mitzvah Day by describing its importance in an organic way.

“It’s like planting a seed,” said Rabbi Bulka. “It’s a small little thing but it can make a big impact. It’s community growth at its finest.”