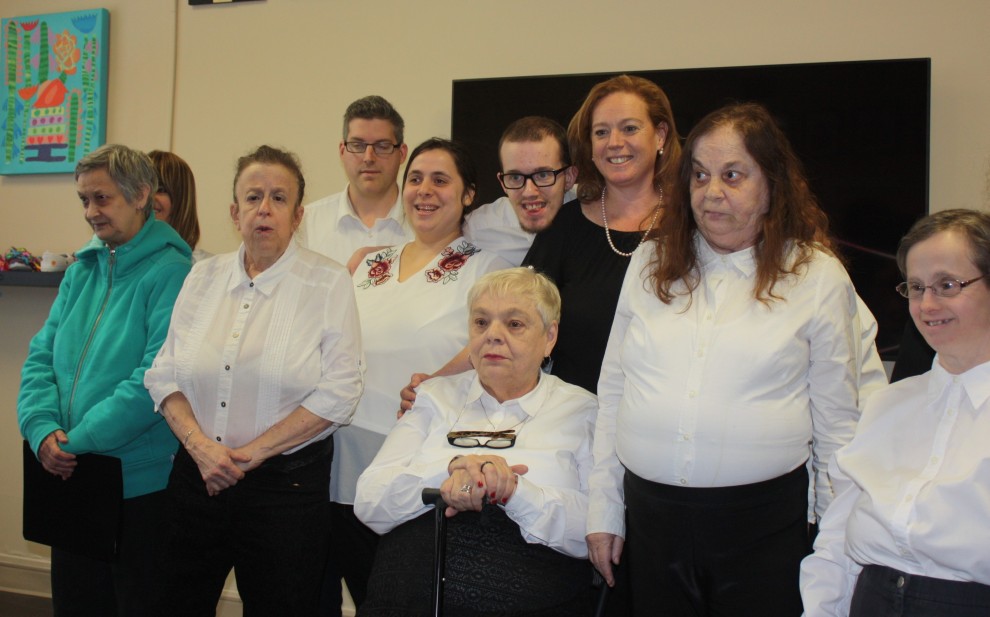 Ontario Minister of Children, Community and Social Services Lisa MacLeod, the MPP for Nepean, visited the Tamir facility on the Jewish Community Campus, February 8, where she met with Tamir participants, staff, and family members, for a get-acquainted visit.

Tamir is the community agency “dedicated to assisting people with developmental disabilities realize their potential in a supportive Jewish environment through opportunities for personal growth and community involvement.”

Tamir Executive Director Mark Palmer welcomed the minister and said that agencies such as Tamir are in the business of “making sure people are cared for and looked after.

“Quality of life is about much more than just custodial care. It’s about people having meaningful stuff to do and a sense of belonging, attachment and pride,” he explained.

To give the minister a “flavour of the kinds of stuff we are talking about,” Palmer shared videos of Tamir participants taking part in special events, including the Lip Sync Battle for the Jewish Federation of Ottawa’s Annual Campaign kickoff last September and Tamir’s own “Stepping Out in Style” fashion show in 2017.

The Tamir Neshama Choir, led by Nigel Harris, sang touching versions of the Beatles’ song, “With A Little Help from My Friends,” and the Louis Armstrong hit, “What a Wonderful World.” MacLeod joined in singing along with the choir and was presented with a copy of their CD.

After the brief performance, she spoke with individual members of the choir hearing about how Tamir participation has improved their lives.

After meeting with members of the choir, MacLeod spoke with several family members of Tamir participants.

Bob Thompson, a member of the Tamir Board of Directors since 2009, and a past president of the Board, said Tamir has “incredible strength within the community.”

“When I go out to look for new directors for Tamir, almost everybody I talk to within the Jewish community knows about Tamir and what we do,” he said.

Thompson said he would like to get his son – who has Angelman syndrome – into a residential home because it would allow him to become more independent and grow as an individual.

Paul Finn is also a Tamir parent who sits on the agency’s board.

“We are thankful for Tamir, we think it’s a wonderful program,” Finn said to MacLeod.

The minister said she wanted to provide “wrap-around support” for individuals with special needs through social, healthcare, education and employment programs.