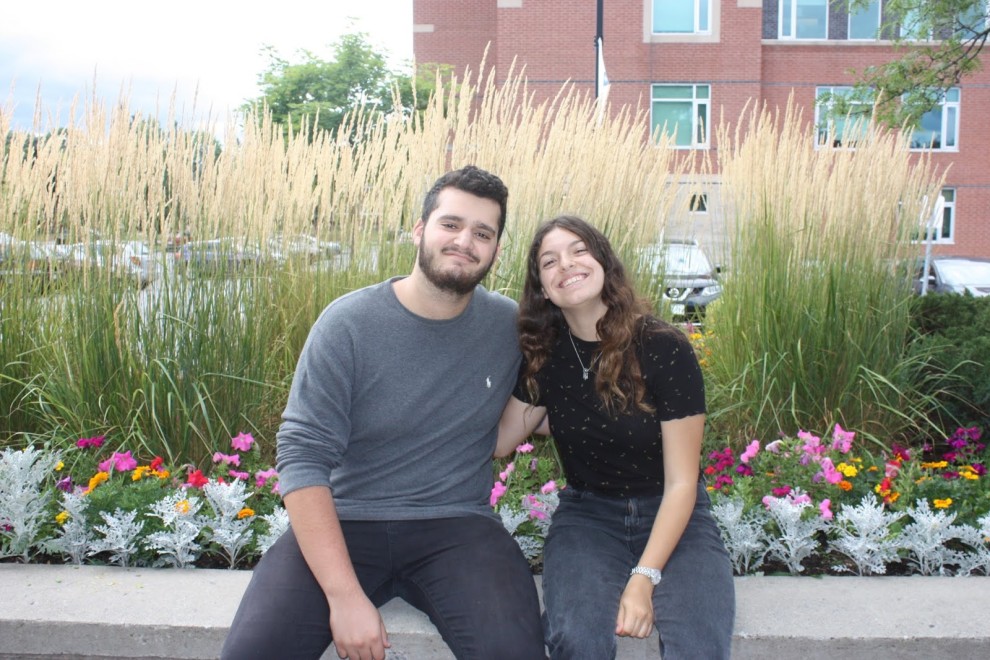 Hila, from Haifa, and Snir, from Barken, are Ottawa’s fourth pair of shinshinim. The Jewish Federation of Ottawa’s Shinshinim Program brings young Israeli emissaries – on a gap year between high school graduation and the beginning of their military service – to Ottawa for a year of volunteer service. They work with young people in Jewish schools, congregations, and camps to help enhance their Jewish identities and ties to Israel.

Hila said that while travelling with her high school’s delegation to Uruguay and Argentina, she met shinshinim there and was inspired to join the program.

“I never knew about the whole Jewish world outside Israel, and I got very interested in it,” she said.

Snir said he heard about the Shinshinim Program from a friend who was doing a year of service in Baltimore.

“What attracted me most is the fact that I can connect with a variety of Jewish communities here in Ottawa, and connect them to Israel,” Snir said.

Hila said her first impression of Canada happened while she was still at the airport in Israel, when she was warmly welcomed by Ottawan Nicole Goldstone and staff from the Jewish Agency.

“She came over to us and said everyone in Ottawa was so excited to meet us. I felt like a celebrity,” Hila said.

Snir said his Israeli friends told him about Canada’s “polite and warm culture,” and he has already witnessed this first-hand while in Ottawa.

“We met with the Federation staff today, and after having met them I feel very confident approaching people to talk with them,” he said.

The shinshinim stay with host families while they are in Ottawa, becoming part of the families and their day-to-day lives. Hila’s first hosts are Sari Zelenietz and Alec Mills, while Snir’s are Mira and Ari Breiner.

Hila said she initially felt overwhelmed when she arrived in Canada, but her host family has showed her around the community and made her feel welcome. Snir said his host family has also given him a warm welcome, and he feels “almost like I am at home in Israel.”

Federation Director of Community Collaboration Kara Goodwin said Hila and Snir will be a great asset to Ottawa’s Jewish community.

“Like the rest of the community, I look forward to building a strong relationship with them and learning more about Israel and Jewish life by being their friend and co-worker,” she said.

Hila said while in Ottawa, she would like to get to know people in the community and become involved in as many different projects as possible.

Snir said his main goal while in Ottawa is to “represent Israel the best I can,” and said he also has a “big dream” of bringing all the different Ottawa synagogues together for an activity. Snir encouraged Ottawa Jews to visit with the shinshinim and “not be afraid to ask things about Israel or about us.”

“I am sure we will have a good year. I’m very excited,” Snir said.