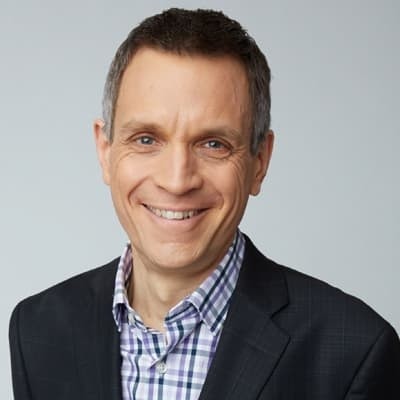 Candidate Mark Sutcliffe spent years working in the Ottawa media, after having grown up in the city just blocks from what is now the Jewish campus. His key commitments are to serve the whole community and bring Ottawa together, to make the city “work for everyone.”

“My parents were both immigrants, they met here in Ottawa, and I feel very lucky to live here. I’ve invested a lot of my time and energy around issues of diversity, fighting racism and hatred. I’ve spoken a lot about that on my radio show in the past. I’ve worked with people like Rabbi Bulka on some of those issues,” said Sutcliffe. “I want Ottawa to be a safe place for everyone.”

Sutcliffe said we shouldn’t accept “any level of hatred” in our community and committed to expanding the city’s anti-racism strategy.

“Fundamentally, everyone in Ottawa should live in safety,” he said. “I would like to expand hiring and training at the Ottawa Police Services, and one of the areas of focus for new hires would be the Hate and Bias Crime Unit, which I understand is understaffed.”

While Sutcliffe didn’t specify any strategies to address gaps in antisemitism training for city employees, he said he was “here to listen and help get those things done.”

“I do understand that sometimes people talk about racism in general terms but I know the reality that there are different forms and causes of racism. I’m very respectful of that,” he said. “I want to listen to the community before prescribing solutions.”

Sutcliffe agreed that ensuring the security of synagogue-goers should be a priority, again pointing to expanding the anti-racism strategy, along with police resources.

“On any given day in Ottawa we might have 42 police cars on the road. If a few of them get called to an emergency or need to go to the hospital, we can drop down to only 30 cars on the streets. If a major event happens then at that time, we don’t have enough resources.”

When asked about the city of Ottawa adopting the International Holocaust Remembrance Alliance (IHRA) definition of antisemitism, Sutcliffe said he was “open to discussing it.” Sutcliffe also “in principle” supported not allowing groups associated with terror organizations to book city property, which has been a past challenge.

Part of Sutcliffe’s overall platform includes a housing plan to get 10,000 homes built in the next 10 years. When asked if he’d advocate for funding to flow to organizations and build projects like the Tamir expansion for the Integrated Living Centre (ILC), he said yes.

“We'd love to work with the community to incorporate housing such as this.”

Sutcliffe, when asked about antisemitism in schools, defined for the panel his definition of the role of mayor.

“An issue like schools, technically outside the jurisdiction of the mayor, is still its responsibility.”

And while Sutcliffe’s stated goal is to put food banks out of business by 2050, he was open to supporting the city’s ethnocultural food support programs like the Ottawa Kosher Food Bank and Meals on Wheels.

“I know, in principle, that decisions are often made without looking through different lenses,” he said. “Decisions need to be made considering the implications for different groups.”

Sutcliffe also suggested a regular meeting with members of the Jewish community to make sure that the important issues were always on the table, and to make sure the community was aware of major issues the city might be grappling with .