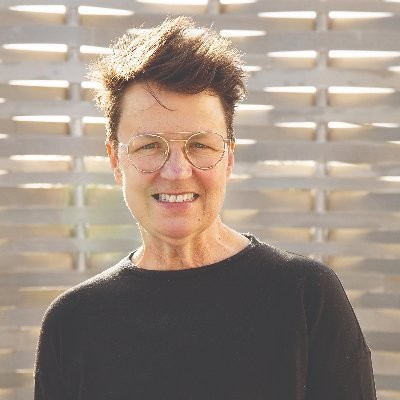 Catherine McKenney, who has served as a two-term councillor for ​​Somerset Ward, said their key commitments are to transit, housing and homelessness and climate change.

“All of these are enveloped in the context of equality,” McKenney said. “I believe very passionately in providing the services that people need in our community. If COVID taught us anything it’s that there are gaps in our services. Often other communities, like the Jewish Federation, or volunteers step in, but there’s still always the risk that people who need it the most aren’t receiving it.”

When asked if they would support Tamir’s effort to get funding for the Integrated Living Centre (ILC), McKenney said absolutely they would support getting through the red tape to aid Tamir and would also provide city funding to help their services.

“I’d see a role for the city in terms of aiding recreation services, services that come in-house or travel to those who need them,” they said. “There are opportunities for a lot more partnerships with those adults.”

McKenney also supported funding through the city’s rapid housing initiatives, including helping with permits needed to build the ILC on the Jewish campus.

“That’s the easiest yes,” they said.

McKenney said they would also like to see programs like the Ottawa Kosher Food Bank or the Jewish Family Services Meals on Wheels programs be eligible for funding from the city.

“The Kosher Food Bank is such a unique and forward-thinking model,” they added. “Serving diverse populations is a priority.”

“It’s important, to begin with, to acknowledge this hatred exists. Then we react to it,” said McKenney. “I care deeply about antisemitism and the rise in hate incidents in schools. Acknowledging it and calling it out publicly is what I see as the key role of mine, of the city.”

Beyond that, McKenney said they would like to see a city-wide strategy to move beyond just acknowledgement of antisemitism, to work on solutions in conjunction with the Jewish community.

McKenney also committed to evidence-based increases in the police services budget, including in the Hate and Bias Crime Unit.

“When it comes to enhanced funding for the hate crimes unit, that’s evidence based. That’s the role of police,” they said. “We have to ask some tough questions of the police and I don’t believe that they’ve been asked — or at least not answered. When I talk about policing and understanding what is the evidence that warrants police, different types of policing, bigger cars … What's the evidence that it keeps us safe? But in terms of hate crimes, absolutely, there’s a need for that.”

“From a municipal perspective, it seems to be a common sense definition,” McKenney  said. “I don’t know why all municipalities haven’t already done this.”

Learn more about McKenney and their platform here.