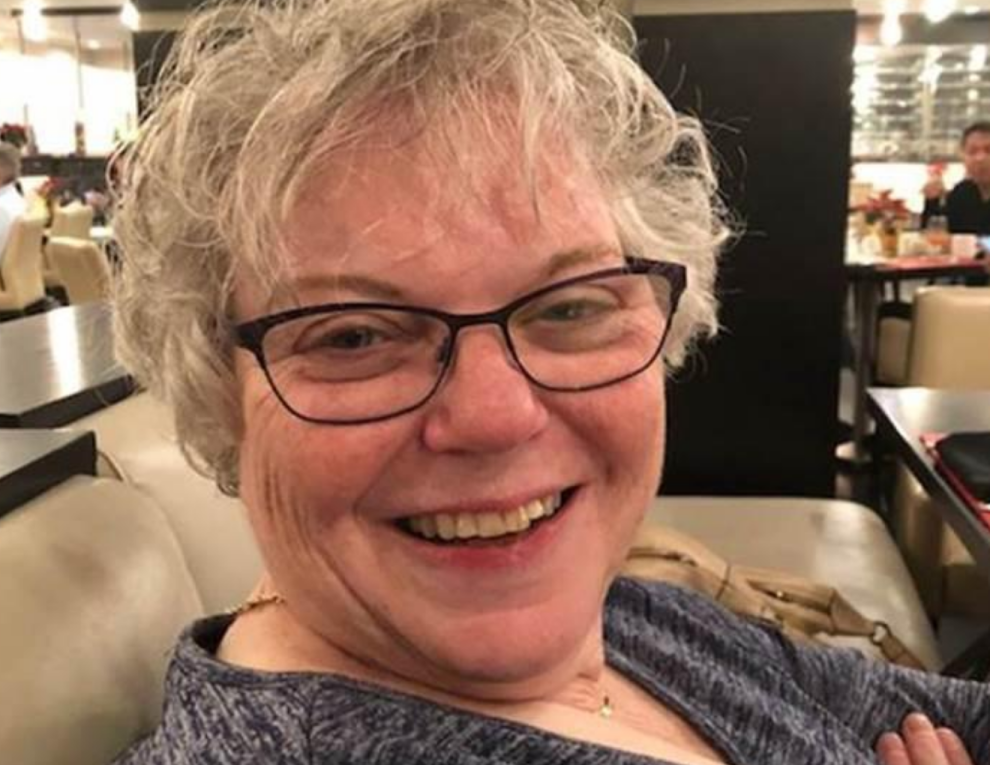 Joanna Abrams is preparing to retire on July 31 after 34 years of service as director of social work, programs and support services at the Bess and Moe Greenberg Family Hillel Lodge, Ottawa’s Jewish long-term care home for the aged.

Abrams, then a mother of two young children (she later had a third), joined the Lodge – then a much smaller facility located on Wurtemburg Street in the Lowertown neighbourhood east of the ByWard Market – in 1986 on a part-time basis. She has been working full-time since the Lodge moved to its current location on the Jewish Community Campus in 2000 and more than doubled the number of residents from 48 to 100 (now 121).

Abrams graduated from McGill University with degrees in psychology (1976) and social work (1977) and then began her career working with the elderly at the Jewish Convalescent Hospital (now the Jewish Rehabilitation Hospital) in Laval, a suburb just north of Montreal, for three-and-a-half years.

Abrams and her husband Ira, an accountant, moved to Ottawa in 1981 with their one-year-old son in 1981. “I stayed home with him and then we had our second child,” Abrams recalled during an interview with the Ottawa Jewish Bulletin.

“I was home with the kids and I was doing fine. My mother … saw the ad for a part-time social worker… It was part-time, so I applied, had an interview and was offered the job,” she said when asked how she came to begin working at the Lodge.

This was before the Lodge had established a social work department. Abrams created the department.

“It was, ‘Figure it out, develop your program, write your policies and procedures and develop as we move along,’ and that’s what I did,” she said. “It was a challenge that fell in my lap, but it was what I wanted to do.”

Abrams says the Lodge’s move to its new building on the Jewish Community Campus in 2000 was “seamless” with staff working with families for two weeks before moving day to pick the residents’ new rooms and prepare them before the 48 residents arrived together on a chartered bus. Then Abrams worked hard over the following weeks to prepare for and admit 52 new residents who had been on the Lodge’s waiting list. “That was a very busy period.”

The amount of time that she has devoted to individual residents has varied according to their needs, Abrams says.

“I start even before I meet them,” she explained. “At the time of admission, we probably spend a good day or two on getting the paperwork [in order], getting the residents settled, the families settled and familiar – and then it depends on the ongoing situations. In some cases, there is much more involvement, in other cases the residents and the families have adjusted [well].”

Abrams further explained that she often became further involved with residents at the time of a crisis. “In long-term care things happen at any time – sometimes you’re called at night or on weekends.”

The current COVID-19 pandemic has presented special challenges (to date, Hillel Lodge has successfully kept the virus at bay with not a single case among residents or staff).

“We’re very conscious of both the infection control procedures and the needs of the residents and of the families,” Abrams said. “The separation of families and residents was extremely difficult... and there was a lot counselling involved on what the government directives [to keep the residents safe] were and which kept changing on us all the time.”

Dedication to the elderly residents of Hillel Lodge also became a tradition for the other members of Abrams’ family. Husband Ira served on the Lodge’s board of directors for many years and all three of their sons were familiar figures there. Each of the three boys – Daniel, Jonathan and Jordan, all now adults – had their bar mitzvahs in the Lodge chapel with each making meaningful gifts to the Lodge to mark the occasion.

Asked for an anecdote that illustrates why she has done what she did at the Lodge for so long, Abrams said she was particularly proud of the work she’s done in palliative care.

“For example, about two weeks ago, one of our residents, Mary, was at the end of her life, already unconscious, with no family by her side. Her family lived out of the country and could not get into Canada to see their mother and grandmother. Before I went home at the end of my day, I decided to see Mary with my iPhone in hand, knowing that it would be a special moment for Mary’s granddaughter to FaceTime with her grandmother. The granddaughter was able to see that Mary, now unresponsive, was resting comfortably. The granddaughter was so grateful.

“Knowing that Mary might hear her granddaughter’s voice, I decided to put the iPhone to Mary’s ear so that her granddaughter could say goodbye. I did not hear what was said, but noticed a single tear rolled down the side of Mary’s face. In less than an hour, Mary peacefully passed away with one of our staff by her side. Her granddaughter could not express her gratitude enough to me for sharing Mary’s last moments with her. I guess I made a difference. This moment will stay with me forever and remind me that it was a job well done. There were many moments, big and small over the years.”

Abrams also paid tribute to the dedicated staff she has worked with over the years at Hillel Lodge.

“Our staff are extraordinary human beings. Staff will repair a resident’s clothing at the end of a hard day, go shopping for a resident, often refusing to be paid for the purchase, and sit by a resident’s side at a quiet moment, laughing and sharing stories and much more. This is not part of their job. These are the people who work at the Lodge.

“I will miss the residents and their families, and our staff, the true ‘Hillel Heroes.’ As I leave, I know your family members [the residents] are in good hands. Hillel Lodge is a very special place and will always remain a part of me,” she said.

As for the immediate future, Abrams says she’s looking forward to sleeping in on August 1. She had planned to do some travelling after her retirement and to spend sometime in the United States with her middle son who lives there. But those plans are on temporary hold due to the pandemic.

“We’re doing some work around the house,” she said, “and then I’ll see where I land. There are some interests I have that I want to pursue – so that’s what the plan is for this coming year.”