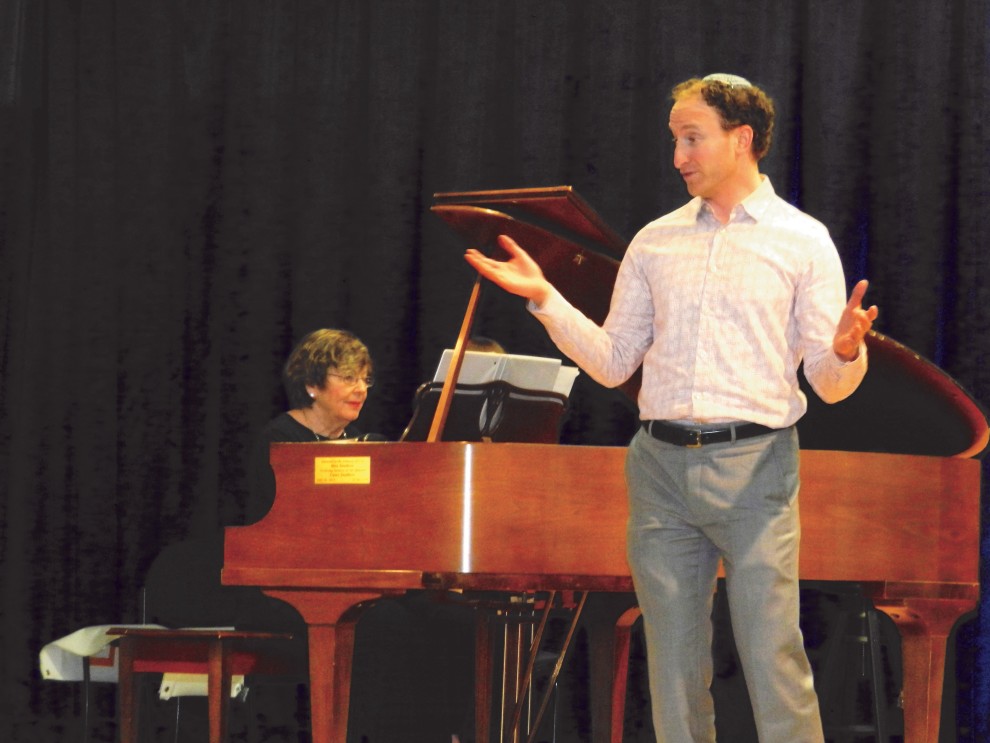 Limmud Ottawa: The Bible to Bernstein, reconciliation to immigration

By Matthew Horwood and Michael Regenstreif

The event featured a series of one-hour sessions (with 15-minute breaks between sessions) on a wide range of current, historical and cultural topics with as many as five sessions to choose from at any given time. The beginning and ending of each session was signalled with a blast from Harvey Goldberg’s shofar. 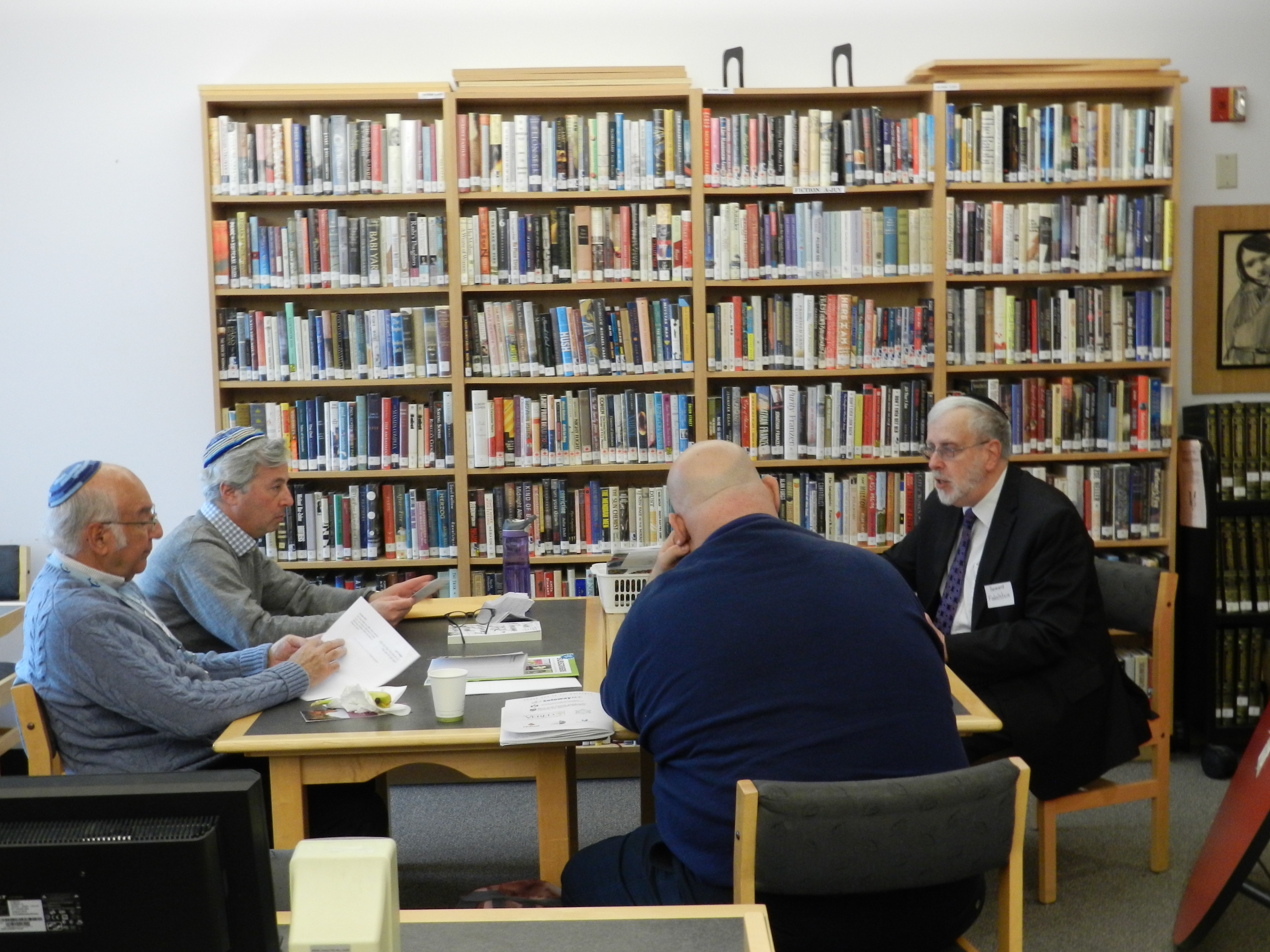 In a session titled “Reconciliation,” Claudette Commanda, an Algonquin Anishinabe from Kitigan Zibi Anishinabeg First Nation and professor at the University of Ottawa, spoke with moderator Adam Moscoe on how Indigenous and Jewish communities can learn from each other’s trauma and injustice, as well as move forward towards healing, recovery and reconciliation.

Brian Goldman, an emergency room physician at Mount Sinai Hospital in Toronto and host of CBC Radio’s medical show “White Coat, Black Art,” was featured in two sessions. In “Kindness and Empathy: A Personal and Professional Search,” Goldman spoke about “the moments when health professionals, as kind as they are hardwired to be, are not as kind as they could be,” and some of the strategies that he and other health professionals use – or can use – in being kind and empathetic with their patients. The session was introduced by Rabbi Reuven Bulka, the originator of Kindness Week in Ottawa.

Then, in “Conversations of Compassion,” Goldman was joined by former Ottawa mayor Jackie Holzman, Rabbi Eytan Kenter and Susan Landau Chark for a panel discussion on the need for “a change in our collective attitudes to the needs of the serious ill and the dying,” as well as how loneliness and isolation can impact one’s health.

Israeli activist Hen Mazzig, a former Israel Defense Forces (IDF) officer who acted as an intermediary between the IDF and the Palestinian Authority, and an expert on Israel advocacy in the Diaspora and LGBTQ rights in Israel, was also featured in two sessions. In the first session, “Hen Mazzig: Israel’s New Warrior,” he told the story of his life highlighting his work in the IDF and efforts to “minimize the effect of conflicts for those that are not involved and help guide areas in need.”

Then, in “Anti-Semitism vs. Legitimate Criticism of Israel,” he was joined in a dialogue by Rebecca Katzman, the Canadian representative of StandWithUs, an organization that works to counter anti-Zionism on university campuses, to discuss the challenges faced by pro-Israel students on campus and how to recognize when anti-Zionism crosses the line into anti-Semitism.

In “International Migration – Jewish Perspectives,” Howard Spunt, a former Canadian diplomat, discussed a variety of topics related to immigration, such as the tensions between sovereignty and morality, refugee determination, the three historic waves of Jewish migration to Israel, and the practices that determine who “gets in” to a country.

A few of the many other sessions included University of Ottawa professor Peggy Kleinplatz’s presentation of her research on infertility among women who survived the Holocaust; author Fred Litwin on anti-Semitism tied to JFK assassination conspiracy theories; lawyer and rabbinical student Dara Lithwick on biblical lessons in Jewish leadership; and JET educator Lauren Shaps on the Torah’s lessons for dealing with difficult people. 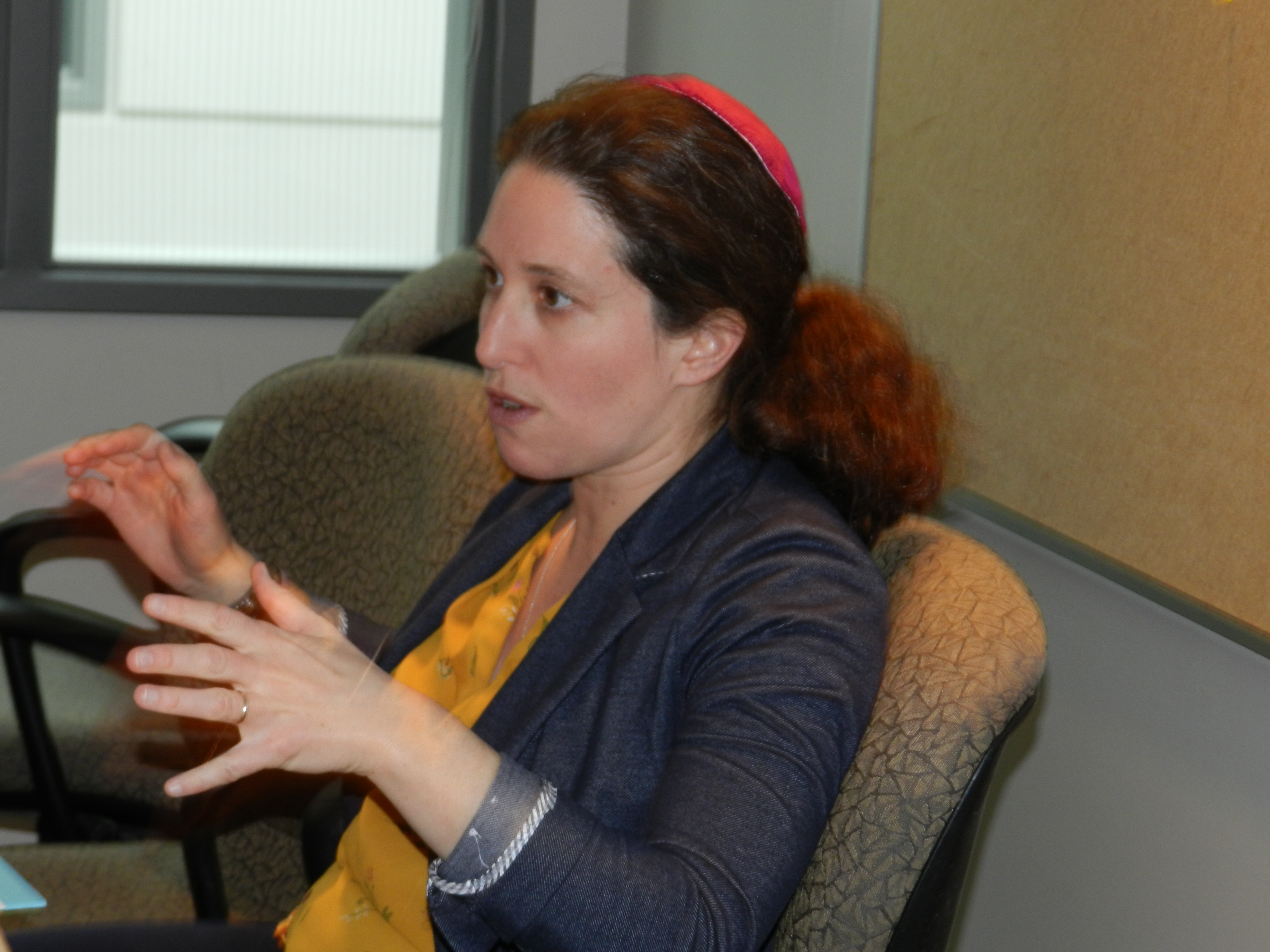 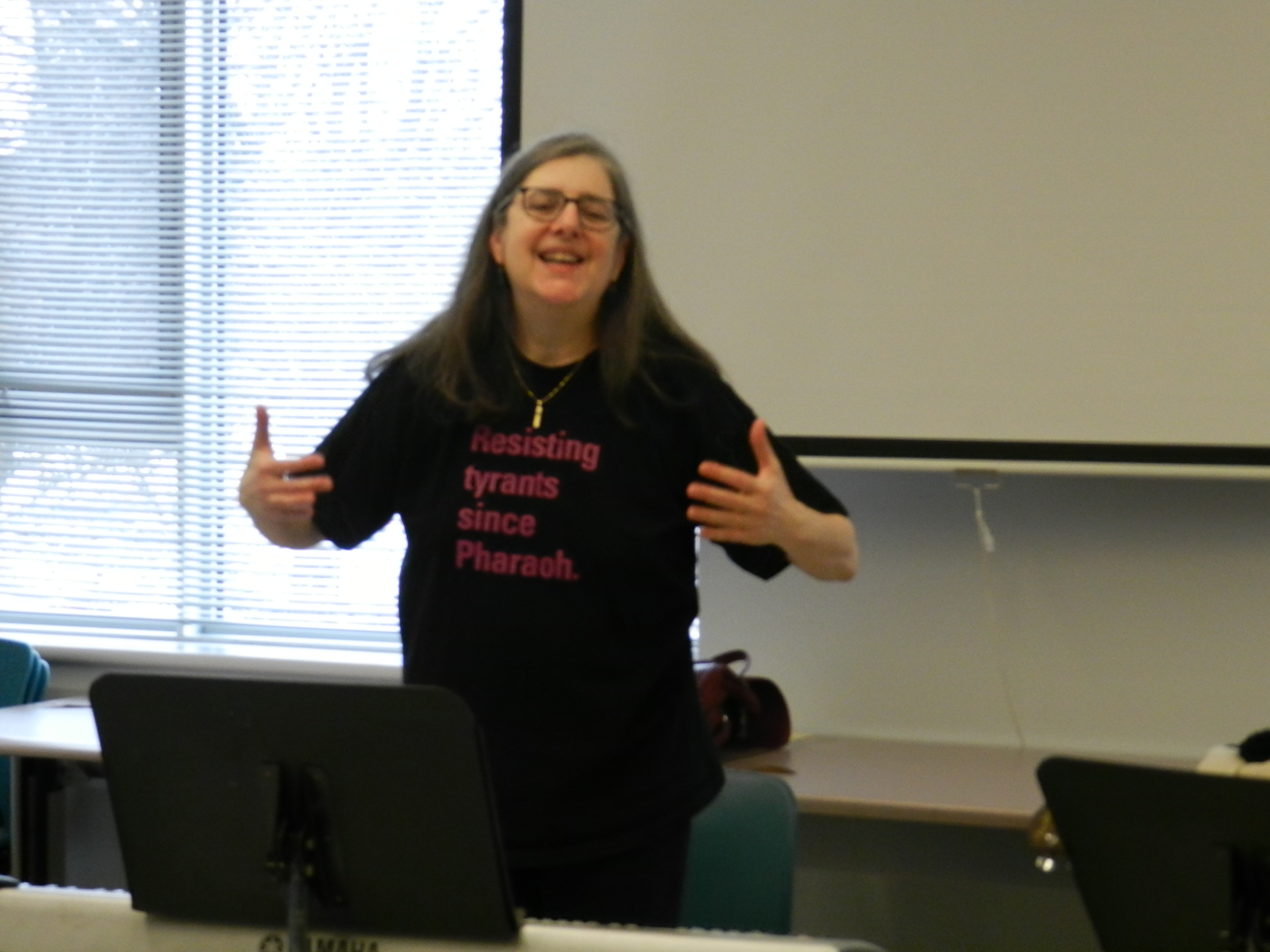 Limmud’s final session was Adam Moscoe’s presentation, “Leonard Bernstein at 100: The Man, His Music, and His Judaism.” Moscoe spoke about Bernstein’s many contributions to music, highlighting the Jewish influences in his work. Moscoe and musical theatre performer Katie Shapiro each sang several of Bernstein’s songs accompanied by master pianist Evelyn Greenberg. 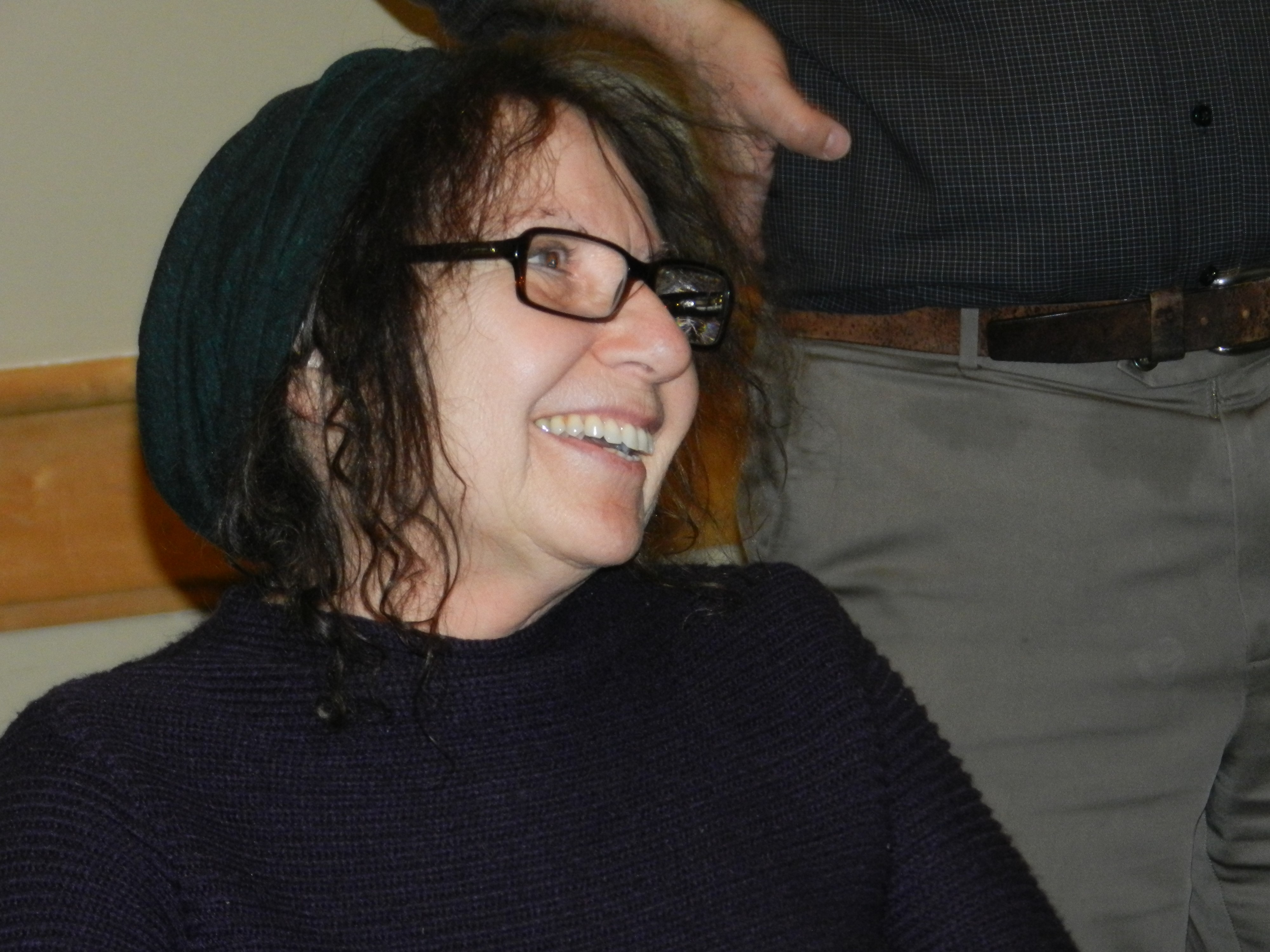 Limmud Ottawa organizer Jenny Roberge enjoying the moment she was thanked for her efforts.

The Bernstein session was the only one of the day that did not take place at the same time as other sessions and ended with Moscoe leading the large crowd in social hall A in a round of applause acknowledging Jenny Roberge, the driving force behind large corps of volunteers who organize and present Limmud Ottawa each year.