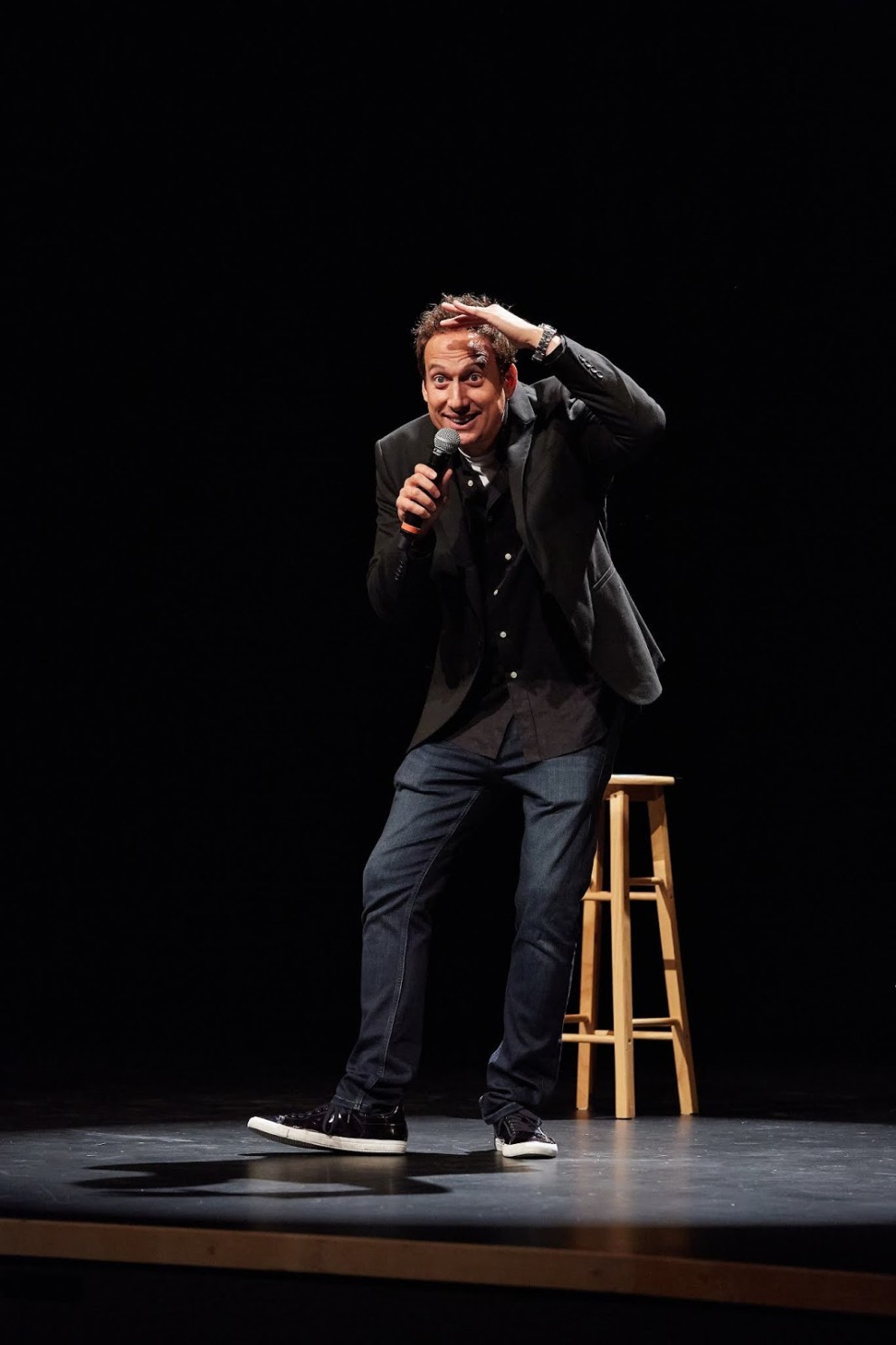 Comedian Elon Gold began his performance at the Jewish Federation of Ottawa’s 2020 Annual Campaign Kickoff – September 10 at the Algonquin Commons Theatre – by taking a video of the sold-out theatre filled with Ottawa Jews.

Gold said he did this to prove a friend wrong – a friend who’d told him, “There are no Jews in Ottawa.”

“The area code is 613. It doesn’t get more Jewish than that. Every time you pick up the phone it’s a mitzvah,” Gold said.

When the couple was first asked to host the event, Howard said, they “were surprised and took time to reflect on what the community means to us and why we chose Ottawa as our home.”

“We have a wonderful, close-knit and caring community that prides itself on being modest, yet committed,” she said. “Chairing Kickoff has deepened our sense of pride and belonging to this community.”

Annual Campaign Co-Chairs Karen Palayew and Rabbi Reuven Bulka encouraged the community to give generously and to take advantage of the $400,000 Challenge Fund, a matching incentive that will double the value of all new and increased gifts this year. 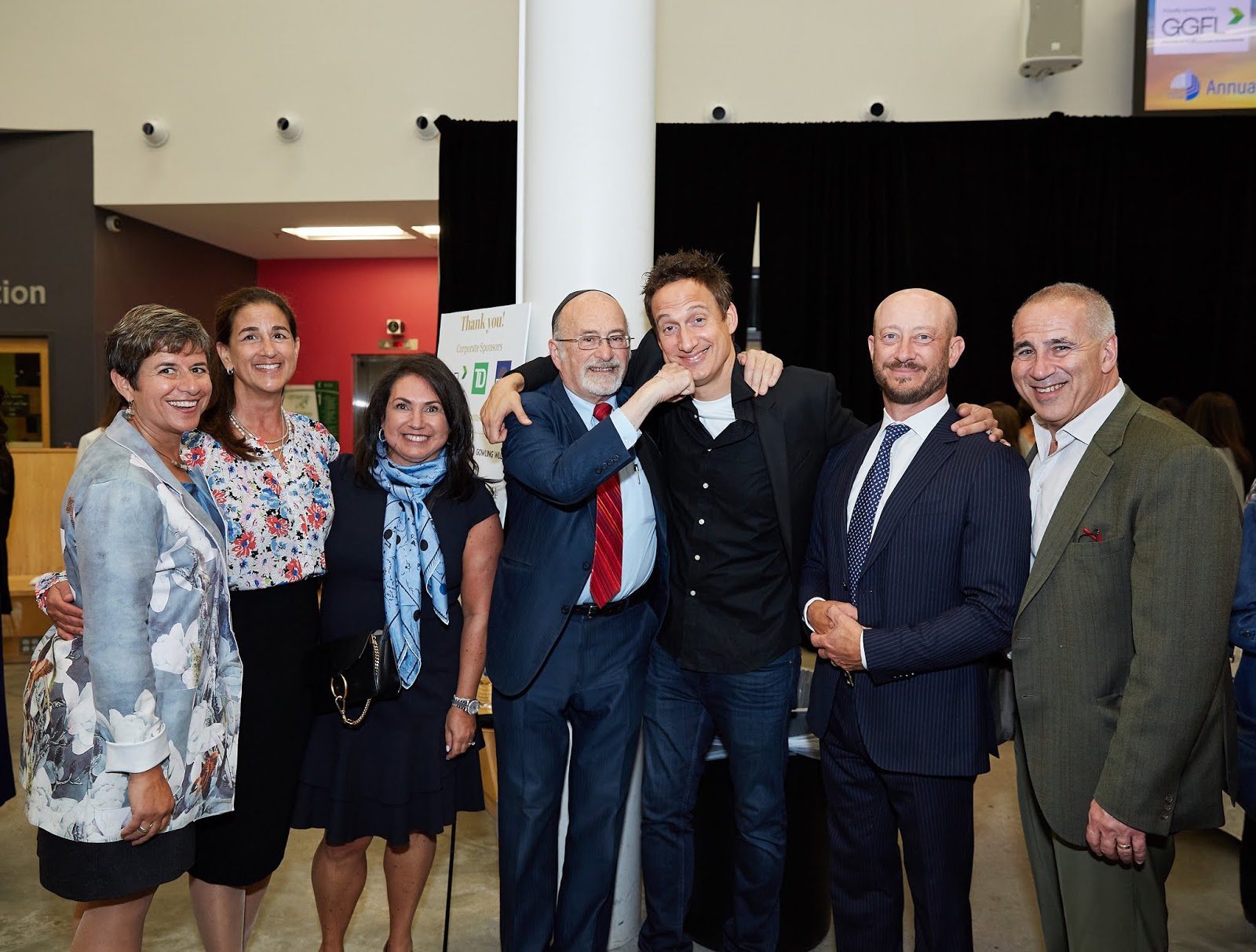 Rabbi Bulka acknowledged the three donor families – Barbara Crook and Dan Greenberg, Roger and Robert Greenberg, and the Stephen Greenberg family – for once again creating the Challenge Fund, which is in its second and final year.

“The bar is high,” said Rabbi Bulka, following the record success of the 2019 Annual Campaign. He joked that he hoped Gold’s performance would “translate into money for the Federation’s Campaign.”

The 2020 Annual Campaign video, featuring Palayew and Rabbi Bulka and individuals impacted by programs from along Ottawa’s “Jewish Superhighway,” was shown before “community comedians,” representing several Jewish organizations participated in a joke-off and spoke briefly about the importance of their organizations to Ottawa’s Jewish community.

The brief bits by all of the community comedians were a hit with the supportive audience before Gold’s headlining performance.

Much of Gold’s performance centred on “poking fun” at some of the unique aspects of Judaism. For example, Gold said while New Year’s celebrations for non-Jews often involves partying and drinking, “Jews are in shul repenting and reflecting. Our New Year’s is more like everyone else’s morning after New Year’s,” Gold joked.

Gold said he doesn’t like to criticize the traditions of other religions, such as Ash Wednesday for Christians, because Jews have “all these holidays, rituals and traditions with their own sort of weirdness… We have a holiday where every day for a week we shake giant palm branches and a big lemon in every direction like we won something,” Gold said.

Gold said because of kashrut, Jews are obsessed with “time, food and timing our food.” Non-Jews would never ask each other how long they wait to eat dairy after eating meat, as the answer would be, “I’m eating a cheeseburger right now, so I guess zero minutes.”

One of Gold’s funniest routines was a satirical impression of U.S. President Donald Trump on fast-forward. Another hilarious routine had Gold simultaneously impersonating an Israeli and an Italian-American New Yorker as they ask each other, “You got a problem?”

Gold said while he has heard many people say, “We live in crazy times,” modern day problems pale in comparison to biblical problems.

“Things have calmed down considerably. I have two brothers, and while there may be some underlying sibling rivalry, I don’t have to worry that they are going to sell me into slavery,” he joked.

The Annual Campaign Kickoff wrapped up with a dessert reception in the theatre lobby, where audience members had the chance to meet and take photos with Gold.