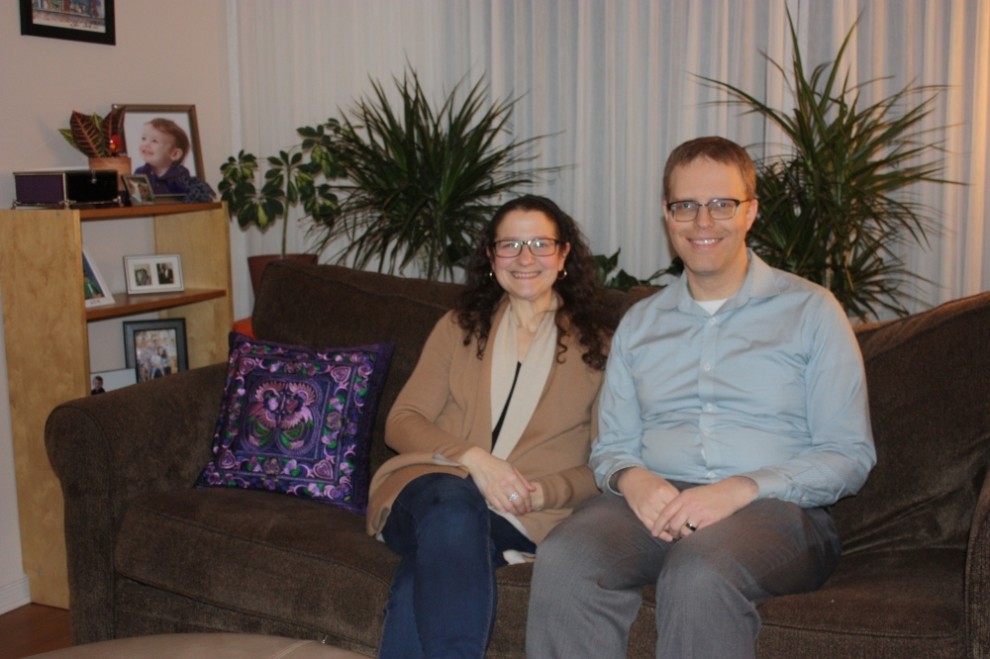 Kidney transplant recipient David Uzan and his donor, Rabbi Deborah Zuker, are both in good health and continuing to recover well from their surgeries.

The surgeries, which took place on February 21 at the Ottawa Hospital General Campus, went “great,” said Rabbi Zuker, the associate rabbi at Kehillat Beth Israel. “It went exactly as planned and we were prepared for what happened.”

Uzan said his surgery went “really well” and there were no major complications. “Within hours of the surgery I was able to walk a bit with assistance. The doctors were excellent, so I had a good stay in the hospital,” he said.

As previously reported in the Ottawa Jewish Bulletin, Uzan, a married father of four young children, suffered from IgA nephropathy, also known as Berger’s disease, which occurs when an antibody (immunoglobulin A) gets lodged in the kidneys, causing inflammation that hampers the kidney’s ability to filter wastes from the bloodstream.

Without the kidney transplant, Uzan would have faced a lifetime of dialysis treatments, each lasting several hours, several times per week.

When Uzan began his search for a kidney donor, Rabbi Zuker stepped forward to be tested and found she was a direct match for him.

Uzan said that he and Rabbi Zuker tried to spend as much time together as possible while they were in the surgical recovery ward.

“Our rooms were pretty far away, so my wife was also checking on Rabbi Zuker all the time,” Uzan said.

Rabbi Zuker recalled one of the Uzan children asking her if she and their father would be related after the surgeries.

“I said, ‘Not really, but we are good friends, and that’s what friends do for each other,’” Rabbi Zuker said laughing.

Uzan said his recovery has been going well, and he frequently checks on Rabbi Zuker to see how she is doing.

“In a way, it’s been easier for me than for her,” he said. “I feel a little bit guilty, but I think she will fully recover.”

According to Rabbi Zuker, the surgery feels like a “big project” that is now behind her.

“It took a lot of advanced planning for my work and family responsibilities. When you have a project of any kind, it’s always nice to see it come to fruition,” she said.

Rabbi Zuker said she is willing to speak with anyone who is thinking of donating an organ, as she believes it is a “blessing,” and something everyone should try to do.

“Yes, it’s uncomfortable, but it’s been one of the most meaningful experiences of my life,” she said.

Since the surgery, Uzan said he spends “a lot of time each day just thinking of how fortunate I am.” He is grateful, he said, to the surgeons, the medicine, and of course, to Rabbi Zuker.

“I keep trying to thank her but she won’t accept it. So instead I praise the kidney,” Uzan said with laughter. “That’s my backhanded way of thanking her.”

Uzan expressed thanks to everyone who helped his family during this process.

“The community has been so supportive,” he said.

Rabbi Zuker said the outpouring of support and encouragement she received from the Ottawa community was “truly incredible.”

“Not only was it necessary and helpful for our families, but it’s just so heartening to see how much people will assist when you ask,” she said.

“We should all ask for help more often.”