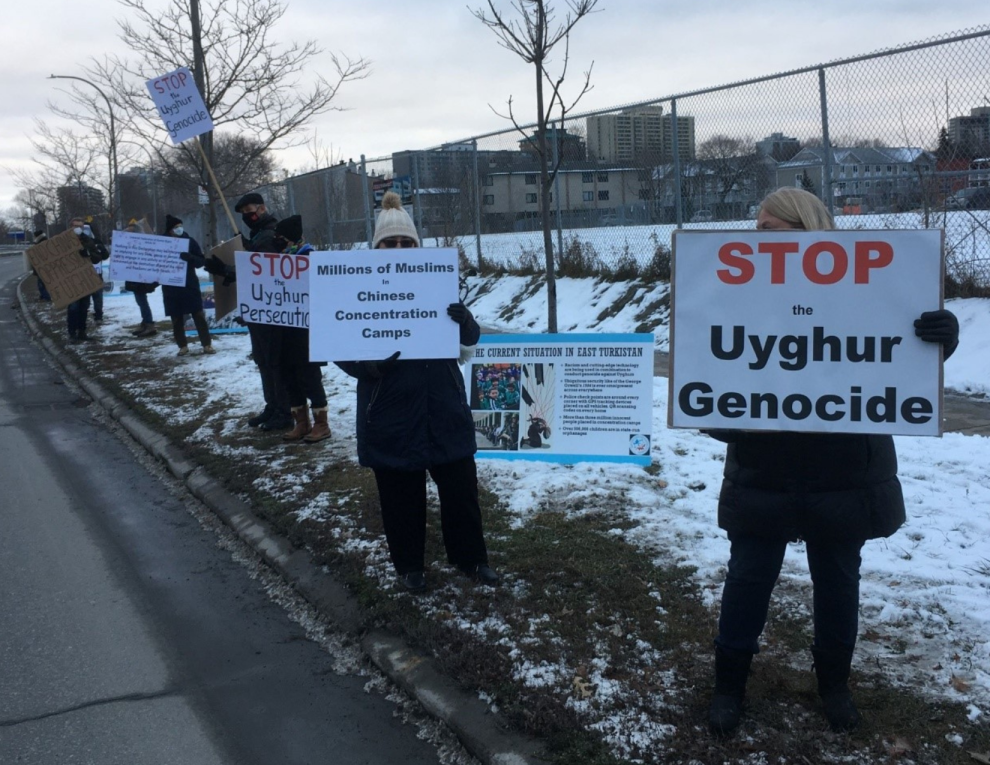 This year, between Rosh Hashanah and Yom Kippur, members of Kehillat Beth Israel (KBI) demonstrated every weekday afternoon opposite the Chinese embassy on St. Patrick Street on behalf of the oppressed and persecuted Uyghur population of China. After Yom Kippur, we decided to continue our demonstrations and protests on a weekly basis and we continue to meet and demonstrate on Thursday afternoons at 3 pm. We have reached out to other faith communities to join us in this stand and our numbers have grown over time.

The mistreatment of the Uyghurs, including forced labour and re-education camps, are reminiscent of the Jewish experience with concentration camps of the Second World War, in the opinion of campaign organizer Andre Brantz, which inspired him to start the protests in September. Since then, a committee of the Parliament of Canada has described the Uyghur persecution as a form of genocide.

On December 15, the Guardian published an opinion article by Rabbi Ephraim Mirvis, chief rabbi of the United Hebrew Congregations of the Commonwealth, titled, “As chief rabbi, I can no longer remain silent about the plight of the Uyhgurs.” The article’s deck read, “An unfathomable mass atrocity is being perpetrated in China.  The responsibility for doing something lies with all of us.”

We invite all members of the Ottawa Jewish community to join us on Thursday afternoons at 3 PM opposite the Embassy of China at 515 St. Patrick Street. It is our hope and our prayer that this action, taken in conjunction with other political and economic actions, will raise awareness and will lead to the end of these atrocities.

Photo: Demonstrators opposite the Embassy of China in Ottawa protest the mistreatment of the Uyghur population, December 10, 2020. Demonstrations that day took place in 30 cities in Europe and North America to mark the first evening of Chanukah as well as the anniversary of the United Nations Declaration of Human Rights. (Click on photo to see full resolution.)