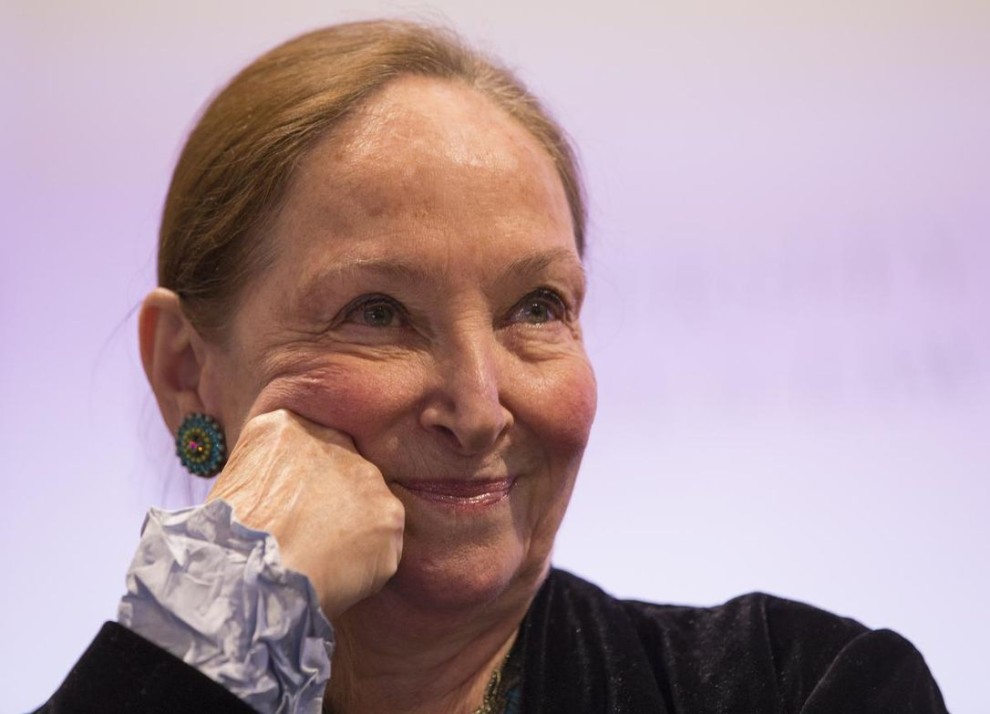 Members of the Jewish Federation of Ottawa’s J-Fellows program, which aims to engage and prepare the next generation of Jewish leaders, enjoyed a unique opportunity last week to join a Q & A with the Honourable Justice Rosalie Silberman Abella, the first Jewish woman appointed to the Supreme Court. Justice Abella encouraged the participants to take their Judaism out into the world, sharing with them what it means to be a leader.

“We actively grapple with what it means to be a Jewish leader in the 21st century,” said Anne Read, Federation’s Director of Community Collaboration, at the event’s opening. In addition to the J-Fellows group, other top donors and Jewish leaders were invited to attend to see first hand how Federation is working to engage the next generation of leaders. J-Fellows is chaired by Amanda Shore and Isaac Bushewsky.

“We adopt the idea that leadership is an activity and not a role,” continued Read — something that Justice Abella reiterated.

“Leadership means you’re there to make sure the place functions for other people. It’s not about you,” Abella told the attendees. “You must listen from their eyes, listen to what they’re actually telling you. That’s the first lesson in everything.”

Abella was quick to point out that as a leader, no one taught her what to do.

“As a team you have to face the hurdles together and share the limelight,” she said. “Leave room for everyone to take ownership of the successes. But nobody told me how to do it. Everyone must do it in their own way.”

While Abella’s bio is impressive, she called it a “collection of learning experiences,” and said that above all — at the top of each one — she makes sure to include that she’s Jewish.

“I’m not just a judge. I want everyone to know that I was Jewish and my values system was shaped by being Jewish,” she said. “Jewishness has been something I need people to know that defines me. The top line of my CV has Jewish … I could list 40 honorary degrees first, but I start with being a Jewish woman.”

When she launched her career in the 1970s, Abella said being Jewish wasn’t something that was talked about.

“There were brilliant Jewish lawyers in Ontario, but you didn’t know that the Jewish judges were Jewish. No one talked about it.”

Rather than give work-related advice helpful to law students or advice that might relate to emerging professionals, Abella instead encouraged everyone to bring their Jewishness out into the world.

“I don’t think there’s anything that affected me more than how I’ve perceived being Jewish. I take pride in being Jewish.”

The Q & A with Justice Abella, a once-in-a-lifetime chance to ask questions and have a discussion with such an exciting Jewish leader, was the first in the J-Fellows Speaker Series for 2022. Learn more about the J-Fellows program at https://jewishottawa.com/our-community/j-fellows/j-fellows-speaker-series