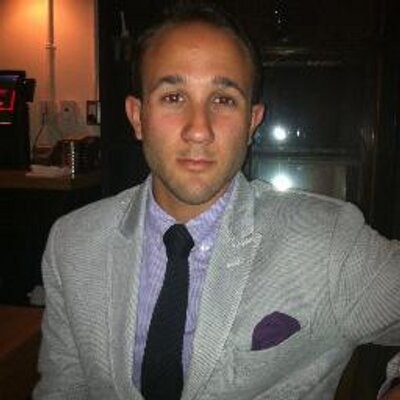 Since last May, a Facebook group for Jewish public servants has been slowly growing, recently topping 200 members. Created by Jonathan Greenberg, the Jewish Public Servants Network is now managed by a volunteer steering committee and seeks to ensure antisemitism and the needs of Jews are reflected in public service training and processes.

In May, after the conflict in the Middle East, there was a rise in antisemitism, said Greenberg, an analyst for the Canadian Radio-television and Telecommunications Commission, (CRTC) and the co-chair of the Jewish Federation of Ottawa’s Emerging Generation (EG) division. “We saw people were targeting Jews for being Jews, rather than for anything else … that’s when it crossed the line and made me realize the benefits and necessity for this group.”

The word spread mostly through Facebook and then a member of the group wrote a letter to various deputy ministers explaining the Jewish Public Servants Network’s priorities.

“This (communication) spread awareness of Jewish issues. The (Facebook group) just took off from there,” said Greenberg. “There was a new awareness of priorities for the Jewish community.”

What are those priorities? At the top of their list, the group is fighting for the inclusion of antisemitism in the already-existing anti-bias and anti-racism training that government employees take.

“Education is super important and, so far, Jewish people are being left out,” said Greenberg. “There’s no recognition of antisemitism. There’s no understanding of who a Jew is or what makes a Jew.”

Other priorities include a push for concrete action from the recent summit on antisemitism.

“So far there’s been a conspicuous lack of action,” said Greenberg. “We want to know, in terms of the public service, what the government is going to do.”

The group also wants recognition across the government for Jewish Heritage Month, including support for public servants who want to hold commemorative events in their departments. Additionally, the Network wants formal recognition of International Holocaust Remembrance Day.

So far, the response to the group has been overwhelmingly positive.

“Everyone is super excited,” said Greenberg. “People have said it’s about time something like this started. People are generally really happy.”

Greenberg, who is also part of the Centre for Israel and Jewish Affairs’ young leaders’ circle, said he’s heard from many who have experienced antisemitism in the public service, at work, from managers, or directors.

The Network “feels empowered now because there’s this community, this solidarity,” said Greenberg. “People thought they had to go it alone, but now as a group, we can approach decision-makers. There’s a group of people — us — who will act to right these wrongs.”

The group has been meeting virtually and informally, using email and their Facebook group, but are excited to be holding their first in-person gathering this week — a Chanukah celebration funded by a Federation Microgrant. There are more events tentatively planned for the future.

“We just don’t want to be excluded from the conversation,” said Greenberg. "Jews love to help Jews, so connecting and helping and lifting each other up is so important.”

If you’re a Jewish public servant, you can request to join the Network on Facebook.