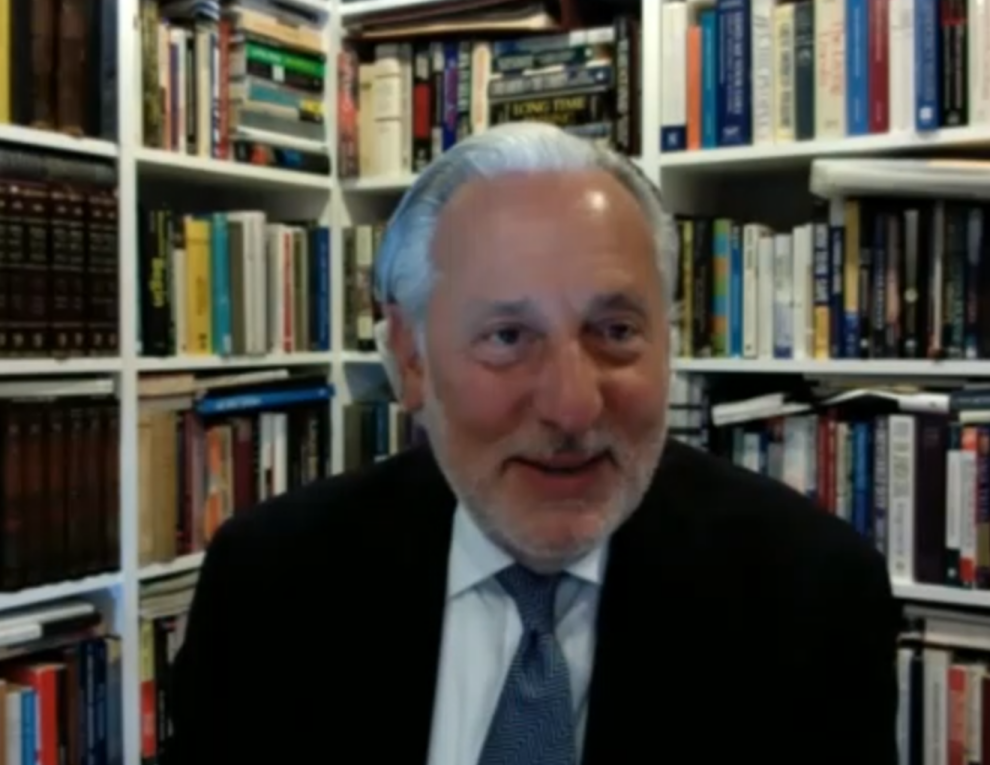 “It’s at this moment that we realize the power of being organized… You were there to respond when this crisis happened because you [already] were there,” said Eric Fingerhut, president and CEO of Jewish Federations of North America, during the annual general meeting of the Jewish Federation of Ottawa.

The Jewish Federation of Ottawa held its first-ever “virtual” annual general meeting online on June 17, with more than 100 people participating via Zoom.

The meeting, chaired by Federation Chair Michael Polowin, included a D’var Torah from Rabbi Daniel Mikelberg of Temple Israel of Ottawa; the Nominating Committee report and announcement of community award recipients by Federation Past-Chair Hartley Stern; a report from Federation President and CEO Andrea Freedman; chair’s remarks by Polowin; and a keynote address by Eric Fingerhut, president and CEO of Jewish Federations of North America.

“So, with Michael, then Ian, and then Karen, we, in our true Jewish connection, our community is truly going from ‘strength to strength’ … and this community will continue to be well-led far into the future,” Stern said.

Stern also announced the community award recipients for 2020. Because of the virtual nature of the meeting, the recipients did not make acceptance speeches but submitted remarks for publication on the Ottawa Jewish Bulletin website.

The Student Leadership Award was shared by Daniel Kuhnreich and Cara Lebenzon, the 2019-2020 president and vice-president of the Jewish Law Students Association at the University of Ottawa.

“They brought the Jewish Law Students Association to incredible levels of participation,” said Stern, who noted some of the association’s accomplishments over the past year.

Kuhnreich and Lebenzon’s acceptance remarks for the Student Leadership Award can be read at this link.

The recipient of the Freiman Family Young Leadership Award – presented to a young leader under age 40 – was Adina Libin who, Stern said, “is an active volunteer who taken many leadership roles in the Ottawa Jewish community since her arrival in the city more than a decade ago.” Stern highlighted some of Libin’s contributions to Jewish community life in Ottawa and noted she is also the recipient of the Lawrence Greenberg Young Leadership Development Award.

The Shem Tov Community Volunteer Award – which recognizes community volunteers “for a lifetime of service dedicated to the betterment and enrichment of Jewish life in Ottawa” – was awarded jointly to married couple, Sharon and David Appotive.

The Appotives “are a phenomenal couple who have served the community in so many ways,” said Stern, who highlighted some of their many contributions – together and separately – to the community over the years.

The Appotives’ acceptance remarks for the Shem Tov Community Volunteer Award can be read at this link.

During her report, Freedman spoke about the success of the 2020 Annual Campaign and the beginning of “construction of Jewish superhighway” envisioned in Federation’s five-year plan, including such initiatives as Microgrants – which funded 19 unique programs in the community – and Jewish Jumpstart, an incentive program which encourages new memberships at Ottawa’s Jewish congregations and at the Soloway Jewish Community Centre.

Freedman also noted preparatory work done on the Generations Trust Campaign for Jewish Education, “an historic endowment campaign to make Jewish day school more affordable,” and the launch of the Jewish Life and Legacy Initiative, a joint program with the Ottawa Jewish Community Foundation and 14 of Ottawa’s Jewish organizations “to encourage after-lifetime giving.”

“In other words,” Freedman said, “optimism reigned supreme and we were on a roll. And then, on March 13, like the rest of the world, we were compelled to pivot instantly and overnight.”

Freedman noted that among Federation priorities during the COVID-19 crisis was caring for the community’s vulnerable and in marshalling volunteer aid for any in the community who needed assistance.

Freedman said Federation then pivoted to answer the question: ‘When we emerge from this crisis, what do we want our community to look like?’

“We realized early on,” Freedman said, “that the decisions we make now will define who we are when this crisis is over. So, we launched the Emergency Campaign for Community Resilience and the response has been inspiring and humbling.”

Jewish Ottawa, Freedman said, “will not be defined by the current crisis but by how well we’ve responded to it. Every decision made, every dollar raised, every person giving, every volunteer helping, is holding the line and keeping the foundation of our community strong, and adding to our resiliency.”

At the end of the crisis, Freedman predicted, “Jewish Ottawa will be vibrant, it will be filled with meaningful Jewish experiences, and with no one left behind.”

In his remarks, Polowin reflected on his words of a year ago when he became Federation chair and recalled the spirit of community that existed on Edgecliffe Avenue when he and other future community leaders grew up there in the 1960s. At that time, he called on Ottawa’s Jewish community to take inspiration from the spirit of Edgecliffe Avenue and “that is precisely what we have done” in rising to the challenges of the current emergency.

Noting that events like the Great Depression, the Second World War and the Holocaust had affected his parents’ generation, Polowin noted, “I will not put these last months of COVID-19 on the scale of any of them, but it has affected people. Many have lost friends and loved ones. Many have suffered emotionally from the isolation we have all lived through. Many have lost jobs. We will all come out of it changed. This pandemic will affect our life-view forever.”

But, Polowin continued, “we’ve learned a great deal about ourselves and our community… Our community has stayed together and learned again the importance of it to each of us. … We will emerge from the shadow of the virus and come into a sunshine that will see our community strengthened even more.”

In his address, Fingerhut congratulated the Jewish Federation of Ottawa and Ottawa’s Jewish community for its successes in meeting both its ongoing mission and the many challenges of the pandemic and said such outcomes – in Ottawa and in 145 other organized Jewish communities in North America – are a direct result of the Jewish federation system.

“It’s at this moment,” Fingerhut said, “that we realize the power of being organized… None of you could have done alone what the collective has accomplished... And it’s not just that we do it together, it’s that we do it year in and year out. You were there to respond when this crisis happened because you were there.”

Federation, he said, was able to respond to the COVID-19 crisis because the infrastructure of leadership, volunteers and staff were already in place and “had been doing the work of community” before the emergency. “A community cannot respond in times of crisis if you haven’t built the community first.”

A video of the annual general meeting can be seen at this link.