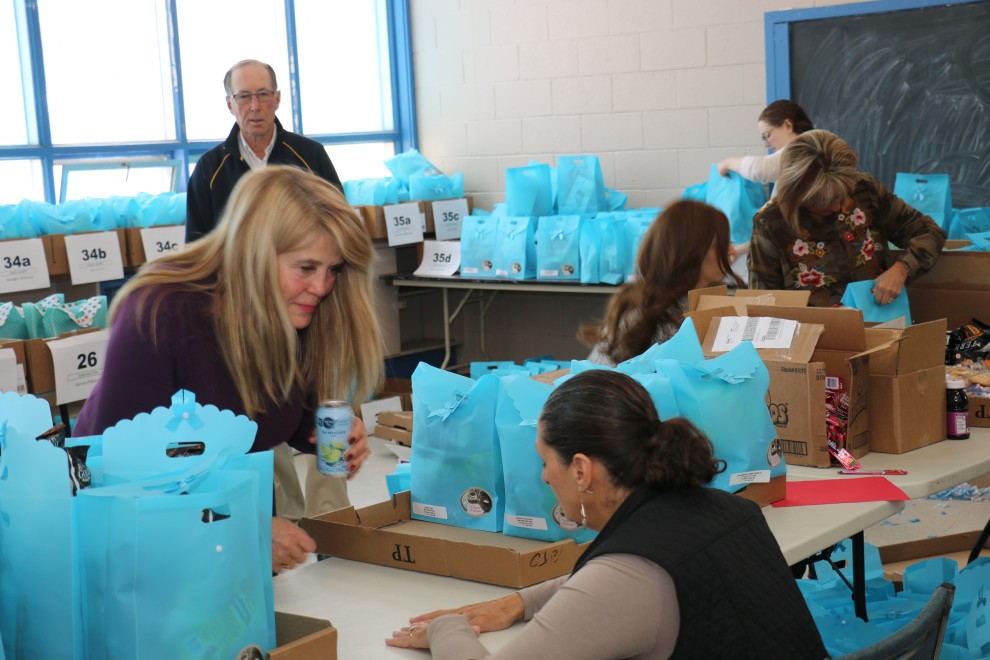 Purim, which fell on March 21 this year, celebrates the saving of the Jews of ancient Persia from Haman’s plot to exterminate them as told in the Book of Esther. Sending gifts of food and drink – Mishloach Manot – is a Purim tradition.

Lauren Shaps, JET’s director of women’s programming, explained that while giving charity to the poor is an important Purim mitzvah, Mishloach Manot is about “creating and building relationships in order to build unity,” within the Jewish community.

Shaps said that when JET’s Mishloach Manot initiative first began 20 years ago, there were 60 gift baskets delivered “mostly to little kids” across Ottawa. This year, 1,188 gift bags were delivered to “young and old, connected and unaffiliated, rich and poor,” according to Shaps.

JET Chair Ellie Greenberg said that in the months before Purim, people registered over the phone, through email or online to have Mishloach Manot gift bags delivered to their friends and relatives.

The gift bags – which contain foods such as hamentaschen, juice, fruit snacks and wafers – were packaged by volunteers who gathered at Torah Day School of Ottawa on March 17, the Sunday before Purim. Each bag also contains a scroll listing all the people who contributed to the gift.

On Purim, volunteers crisscrossed Ottawa delivering Mishloach Manot to recipients’ homes. Greenberg said this is “one of the largest – if not the largest – such program in Ottawa’s Jewish community.”

According to Greenberg, in the weeks before Purim, Shaps spends “countless hours” planning the delivery routes volunteers will take.

“The volunteers are people who attend JET classes and programs, as well as friends of JET,” Greenberg said. “They’re all feeling good the morning of Purim, and the people who open the packages feel good as well.”

Shaps said she also sees Mishloach Manot as a “feel-good way” to connect people to the Jewish community.

“You have seniors, new immigrants and people who are disconnected from Judaism, and all of a sudden someone rings their doorbell and they get this gift package for Purim,” Shaps said.

“They feel connected to Judaism and the Jewish community, and they are happy because someone was thinking of them,” she said.

Rabbi Zischa Shaps, who founded JET in 1992, said the initiative has changed the face of Purim in Ottawa.

“All these people – many of whom would not have done anything for Purim – are now celebrating it, and many look forward to it,” he said.

“Unless you witness firsthand all the work done for the process, you cannot understand how much work actually goes into it. It is mindboggling,” he said.

Volunteer Lisa Bogdonov said the Mishloach Manot project is a great opportunity for Ottawa Jews to “come together towards a project that benefits the whole community.”

“It’s also a good way for me to give back to and support an organization whose work I love,” Bogdonov said.