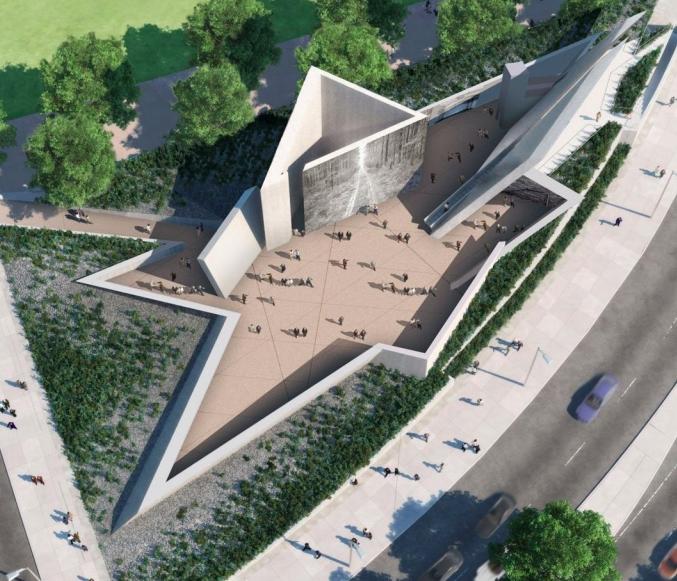 The Centre for Holocaust Education and Scholarship (CHES) is developing a new smartphone app to help guide visitors at the National Holocaust Monument.

Called iWalk, the app (available in 2024) will educate students, tourists, and officials about the reality of the Holocaust and its aftereffects through an interactive experience, which will consist of “walking” students and tourists through the monument using an innovative, professionally curated educational program on their mobile devices. Included will be the historical information featured at the monument and first-hand Holocaust survivor testimony.

Before the app is available, CHES has put together a pre-iWalk tour, funded by a Jewish Federation of Ottawa Microgrant.

“It’s designed to help us facilitate information for the iWalk project,” said CHES Chair Mina Cohn about the pre-iWalk.

“We’ve already provided four tours, which were very successful. We spent two hours with each at the monument, discussing and explaining antisemitism and learning from the past.”

One of the four tours was for members of AJA50+, with more than 45 attendees.

“All were engaged and stressed how the information shared with them enriched their understanding of the symbolism of the monument,” said Cohn. “Concern over the current rise of antisemitism was on everyone’s mind.”

“Using the pre-iWalk format to facilitate the dialogue, the tour was productive and engaging and provided an amazing opportunity for learning,” said Cohn. “We focused on unlocking the symbolism of the monument and the interpretations of the images as well as discussing the issues being confronted by Jewish students and staff at Ottawa schools. Together we have made the first strides towards facing the shocking rise of antisemitism in our schools.”

From a technical perspective, Carleton University fourth-year students and their professor, Dr. Sarah Phillips Casteel also attended a pre-iWalk, to learn about the upcoming iWalk app.

A delegation from Japan that included Mayor Takanobu Fuchikami, Chair of the City Assembly Masato Fukutani, and their colleagues from the City of Tsuruga, also joined a pre-iWalk. Tsuruga is a city in central Japan that earned the nickname “Port of Humanity” for welcoming  Jews fleeing Nazi persecution. The delegation was accompanied by Japan’s Ambassador to Canada, H.E. Kanji Yamanouchi, and embassy staff.

Visitors on the pre-iWalk tours are asked for feedback while at the monument and are also provided with a questionnaire about their experience.

“We know that the information the monument is meant to convey is not well understood by Canadians who generally have little knowledge of the Holocaust,” said Cohn.

There are plans for more pre-iWalks in the spring, leading up to the 2024 launch of the iWalk app. The iWalk app is a cooperation with Liberation 75 and the USC Shoah Foundation and has received a grant of $50,000 from the Canadian Race Relations Foundation and $40,000 from MASPIK! {ENOUGH} and JNF Canada.