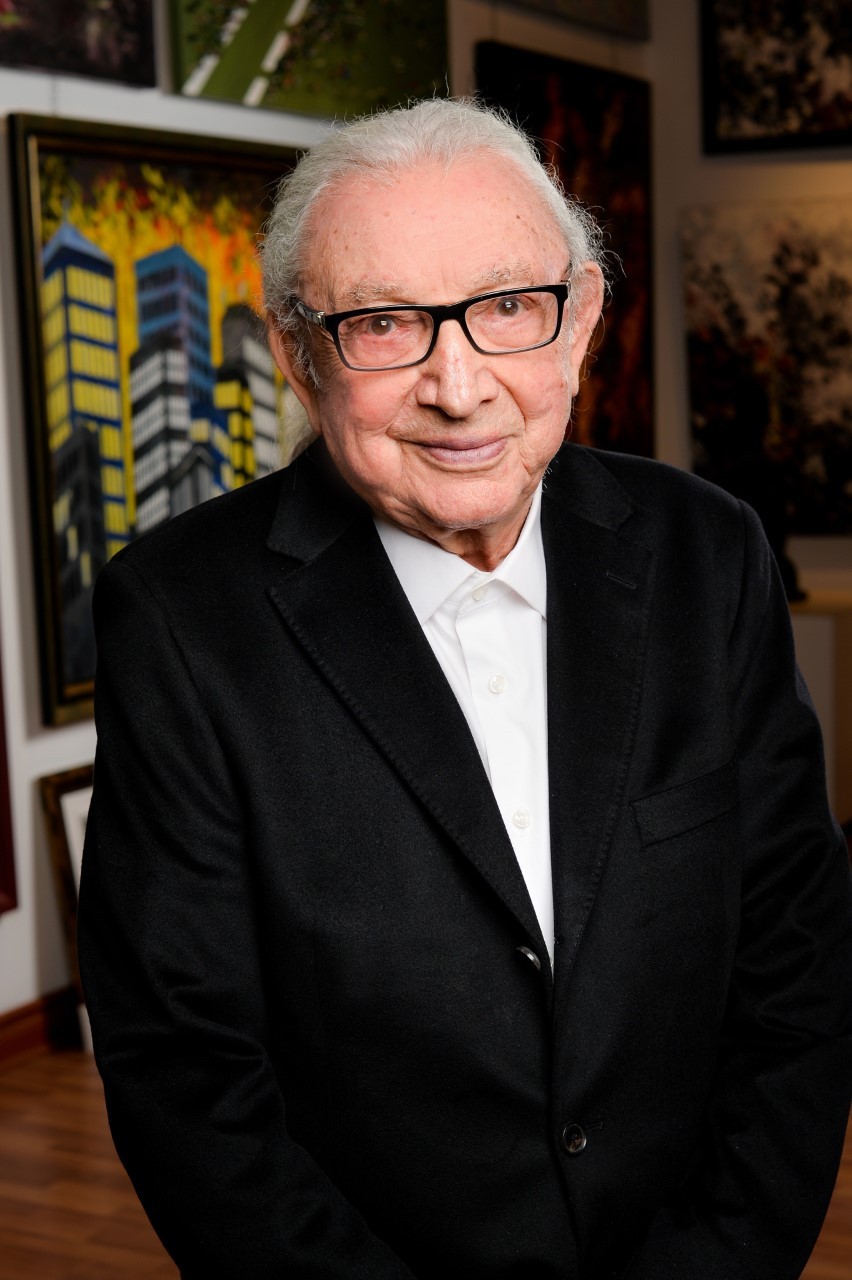 For Maxwell Smart, Yom HaShoah is the remembrance day for his family, who were all murdered by the Nazis. He tells his story of resilience to Louise Rachlis.

“But my opinion is that people are getting together to fight this virus. It will kill people, but people will fix it and do everything possible. Maybe more people will die, and it will be worse, but eventually it will be gone,” said Smart in a telephone interview with the Ottawa Jewish Bulletin last month from his home in Montreal.

“Antisemitism is not a virus, but it killed more people in the world than all the viruses. There were six million killed just in the Second World War. It is flourishing today, too.”

Smart was to have been the keynote speaker at the Jewish Federation of Ottawa’s Yom HaShoah program on April 20. However, the event, like all community gatherings this spring, has been cancelled due to the pandemic and it is now expected that Smart will be part of Holocaust Education Month programming in November.

[Note: There will be a national Yom HaShoah program presented online on Monday, April 20, 7 pm, at the Canadian Society for Yad Vashem's website.]

“Yom HaShoah is the remembrance day of my family,” said Smart. “I don’t know when my family perished [so] I picked Yom HaShoah as the day of their remembrance. When I was in Israel, I went to Yad Vashem and I registered the names of my family. They have no graves.”

Born Oziac Fromm in 1930 in Buczacz, Poland (now part of Ukraine). Smart took his name long before the debut of the “Get Smart” TV series with its lead character, “Maxwell Smart,” the inept Secret Agent 86.

Before Smart became a real estate developer, he opened all kinds of businesses, and one of them was called Smart Machinery. He used to go to parts auctions and they always called out, “Sold to Smart!” He liked being called “Smart” and took the name, “Maxwell Smart.”

Smart grew up happily with his parents and sister in Buczacz, where the Jewish population was respected and life was good. But that changed when the Nazis and their Ukrainian cohorts entered Buczacz and the Jews were forced into ghettos. Of the 15,000 Jews in the town, only 100 survived.

His parents and six-year-old sister were killed by the Nazis, but Smart, miraculously, was able to escape death.

He escaped, suffering hunger, cold, illness, loneliness and fear as he hid in forests, found refuge with a farmer, and lived perilously and precariously from day to day. In 1948, at age 17, Smart arrived in Canada as a penniless war orphan.

“For me,” he said, “it was like winning a lottery ticket!”

Smart arrived in Canada as part of a group of 1,000 Jewish war orphans brought by the Canadian Jewish Congress.

His life in Canada was still a struggle.

“To go to school, you needed a family for money, and the Congress had no money for school,” Smart said.

Smart worked full-time as a shipper in a store and was soon earning $18 per week.

“Congress decided it was sufficient to support myself and they said ‘you’re independent.’”

“I became independent. I supported myself. I had to learn the language, and I had artistic feelings. I have painted since the age of 10.”

Smart joined the YM-YWHA in Montreal where they offered English and art classes.

“I really enjoyed myself in the art environment. But I’d been alone since the age of 10. I wanted a home, a bed, children. There were no artists who could afford to buy a home.”

His memoir, Chaos to Canvas, describes how Smart survived the Holocaust and made a new life in Montreal. He began writing the book 10 years ago at the urging of his wife, Tina.

“I didn’t want to go back to the horror I lived through,” he said.

Chaos to Canvas was published in 2018 by the Azrieli Foundation, and he’s pleased with his accomplishment and the book’s success. Smart is also one of three Canadian Holocaust survivors featured in the documentary, “Cheating Hitler: Surviving the Holocaust,” which aired on the History Channel last November.

Visit www.artbymaxwell.com for more information about Smart and his art.