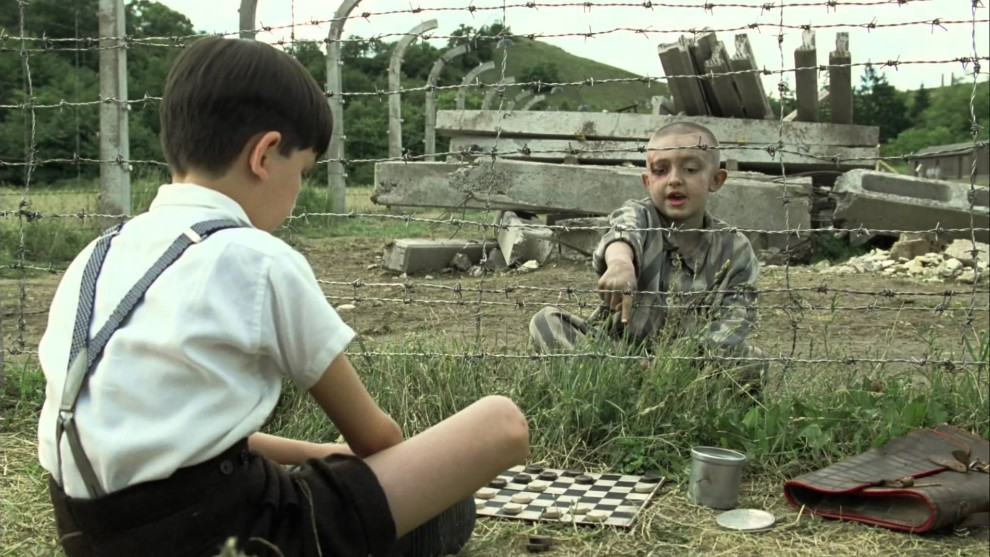 The purpose of Holocaust Education Month, which is November, is to teach the lessons and legacy of the Holocaust with the goal of promoting tolerance, compassion, courage and wisdom in human relations.

To help provide more tools and touchpoints, The Ottawa Jewish E-Bulletin has compiled a list of film recommendations — outside the few most famous, such as Schindler's List.

The Boy in the Striped Pyjamas

The Boy in the Striped Pyjamas is a 2008 tragedy film written and directed by Mark Herman. It is based on the 2006 novel of the same name by John Boyne. Set in World War II, the Holocaust drama relates the horror of a Nazi extermination camp through the eyes of two 8-year-old boys: Bruno (Asa Butterfield), the son of the camp's Nazi commander, and Shmuel (Jack Scanlon), a Jewish prisoner.

"The Boy in the Striped Pajamas" is not only about Germany during the war, although the story it tells is heartbreaking in more than one way. It is about a value system that survives like a virus.” — Roger Ebert, film critic

The Pianist is a 2002 biographical war drama film produced and directed by Roman Polanski, with a script by Ronald Harwood, and starring Adrien Brody. It is based on the autobiographical book The Pianist (1946), a Holocaust memoir by the Polish-Jewish pianist and composer Władysław Szpilman, a Holocaust survivor. The film was a co-production of France, the United Kingdom, Germany, and Poland.

“Some reviews of "The Pianist" have found it too detached, lacking urgency. Perhaps that impassive quality reflects what Polanski wants to say. Almost all of the Jews involved in the Holocaust were killed, so all of the survivor stories misrepresent the actual event by supplying an atypical ending. Often their buried message is that by courage and daring, these heroes saved themselves. Well, yes, some did, but most did not and--here is the crucial point--most could not.” — Roger Ebert, film critic

The Counterfeiters (German: Die Fälscher) is a 2007 Austrian-German drama film written and directed by Stefan Ruzowitzky. It fictionalizes Operation Bernhard, a secret plan by Nazi Germany during World War II to destabilize the United Kingdom by flooding its economy with forged Bank of England pound notes. The film centres on a Jewish counterfeiter, Salomon 'Sally' Sorowitsch, who is coerced into assisting the operation at the Sachsenhausen concentration camp.

“This Austrian drama about the Nazis' top secret Operation Bernhard, the largest counterfeiting scheme of all time, is paradoxically all too good at fitting the horrors of the Holocaust into a prestige movie format.” — Jim Emerson, film critic

The film opens in 1939 Czechoslovakia. Horst, a Czech-German Nazi collaborator married to a German woman and co-worker of Josef, brings food to Josef and his wife Marie, who are Czechs. Josef hates the Nazis. When Josef finds David, who had escaped a concentration camp in occupied Poland after first being sent to the Theresienstadt concentration camp in northern Bohemia, Josef and Marie decide to hide him in their apartment.

“Even while aiming to confront modern audiences with the unimaginable horror of the recent past, many movies about the Nazi period also tend to offer the comfort of clear moral distinctions, dividing the world into innocent victims, monstrous villains, cowardly collaborators and heroes of resistance. Of course, life is never so simple, and one of the many virtues of ''Divided We Fall,'' a new film by the 33-year-old Czech director Jan Hrebejk, is that it scrambles such facile categories almost beyond recognition.” — A.O. Scott, film reviewer

Other films you may want to check out:

The Pawnbroker is a 1964 American drama film directed by Sidney Lumet, starring Rod Steiger, Geraldine Fitzgerald, Brock Peters and Jaime Sánchez. The screenplay was an adaptation by Morton S. Fine and David Friedkin from the novel of the same name by Edward Lewis Wallant.

The Zookeeper's Wife is a 2017 war drama film directed by Niki Caro, written by Angela Workman and based on Diane Ackerman's non-fiction book of the same name.[6] The film tells the true story of how Jan and Antonina Żabiński rescued hundreds of Polish Jews from the Germans by hiding them in their Warsaw Zoo during the Second World War.

The film is based on events in the childhood of the director, Louis Malle, who at age 11 was attending a Roman Catholic boarding school near Fontainebleau. One day, he witnessed a Gestapo raid in which three Jewish students and a Jewish teacher were rounded up and deported to Auschwitz. The school's headmaster, Père Jacques, was arrested for harboring them and sent to the concentration camp at Mauthausen. He died shortly after the camp was liberated by the U.S. Army, having refused to leave until the last French prisoner was repatriated. Forty years later Yad Vashem, Israel's official memorial to the victims of the Holocaust, granted Père Jacques the title of Righteous Among the Nations.

Denial is a 2016 biographical film directed by Mick Jackson and written by David Hare, based on Deborah Lipstadt's 2005 book History on Trial: My Day in Court with a Holocaust Denier. It dramatizes the Irving v. Penguin Books Ltd case, in which Lipstadt, a Holocaust scholar, was sued by Holocaust denier David Irving for libel.

1945 is a 2017 Hungarian drama film directed by Ferenc Török and co-written by Török and Gábor T. Szántó. It concerns two Jewish survivors of the Holocaust who arrive in a Hungarian village in August 1945, and the paranoid reactions of the villagers, some of whom fear that these and other Jews are coming to reclaim Jewish property

Amen. is a 2002 historical drama film co-written and directed by Costa-Gavras and starring Ulrich Tukur, Mathieu Kassovitz, Sebastian Koch and Ulrich Mühe. The film examines the political and diplomatic relationship between the Vatican and Nazi Germany during World War II. It is based upon the play Der Stellvertreter by Rolf Hochhuth.