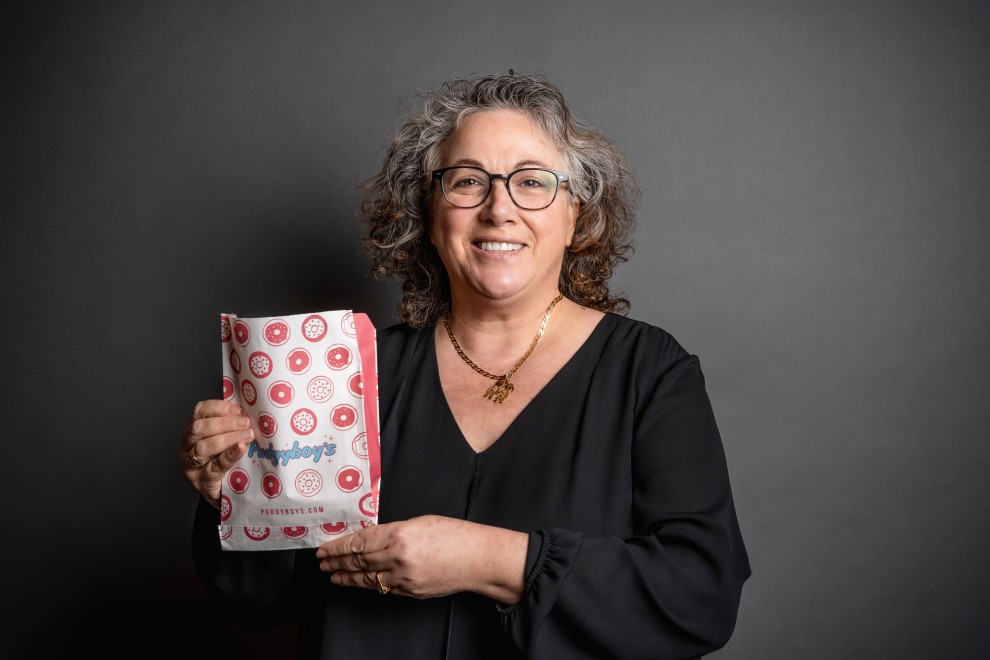 Look around your living room — do you have a couch, a table, a bookshelf? What about in the bedroom — is there a bed, a dresser and a nightstand?

So far this year, Canada has welcomed more than 150,000 refugees from countries around the world — many coming from Syria, and Afghanistan — and they often come with nothing. No couch. No bed. Sometimes, not even clothing.

Enter Suzi Shore Sauvé, a self-described “big family person” whose community mindedness last year launched into a project that’s taken on a life of its own. For the past year, she’s been furnishing homes for refugees often finding support through Jewish Ottawa Helps, a Jewish Federation of Ottawa Facebook group.

“It started off as a year-long mitzvah project after my dad passed away,” said Shore Sauvé. “Now it’s way too big to get out of. I didn’t know it would become this!”

The project began when Shore Sauvé got a Facebook message from a person spreading the word that a soon-arriving refugee family was looking for a piece of furniture. From there, it was a couch, a dining room table, a kitchen set … “It kind of blew up very quickly!”

“I was asked for one thing, then another … I ended up furnishing homes.”

People started to find Shore Sauvé online — hearing about her from friends, from social posts, or even at the dog park — and some weeks she’d end up furnishing three or four homes. Just last week, she furnished homes for two different families with six kids, moving in a block away from each other — until just a week in advance, they’d thought it was one family!

“I don’t really know their names,” said Shore Sauvé about the families she helps. “I just know they need things. A lot of people have come and been here for a few weeks … in Canada! … and they’re still sleeping on the floor, they don’t have beds.”

Government-assisted refugees do have access to several supports — help finding housing, community orientation, personal finance assistance and more — but these supports take time to kick in. While they wait, families land in temporary housing with little more than the clothes on their back.

“Lately they’re from Syria or Afghanistan. Most of them came with nothing, some not even a suitcase. They’re starting from scratch,” said Shore Sauvé. “Often just one person in the family speaks English, they might have been translators in Afghanistan.”

More than 800 Afghanistan interpreters who assisted the Canadian war effort have already resettled in Canada.

For Shore Sauvé, she might say hello at the doorstep when she’s dropping something often, but often she’s furnished a home and never even meets the family, completing her work before they

arrive. She adds that managing the process is challenging. Often furniture pick-up has to happen very quickly as people may contact her last-minute when they are emptying out a house.

“People, when they decide they want their furniture out, you have a day or so and that’s it. No one wants to hold onto it. I have a family moving in next week, but people want it out right now.”

Because of the quick turnaround, Shore Sauvé currently has three garages “filled to the top” with furniture, along with someone’s generously loaned storage space. She’s just gotten her own storage unit too.

“We’ll have to do a fundraiser,” said Shore Sauvé. “I often end up paying movers myself. Sometimes the people donating the furniture cover them, but sometimes it does come out of my pocket.”

Even with the out-of-pocket costs, she explains she is simply happy to know someone’s not sleeping on the floor.

“I can’t get past that … people sleeping on the floor in Canada.”

Right now, Shore Sauvé’s deciding if she wants to become a full-fledged not-for-profit.

“Or will I be too overwhelmed in six months? I don’t know yet,” she said. “It’s taken on a life of its own. I look around the house at all the furniture I have and think God forbid … to have to be without.”

Looking to help, but don’t have any extra furniture? Shore Sauvé’s first ‘House to Home’ fundraiser kicks off this week! Purchase Pudgyboys Mini Donuts for pickup on Nov. 7 in both Alta Vista and Craig Henry.

Each container has 36 delicious mini donuts and is priced at $15.

To pre-order, send an etransfer of $15 to fromhousetohomeottawa@gmail.com. Please include your name in the message.