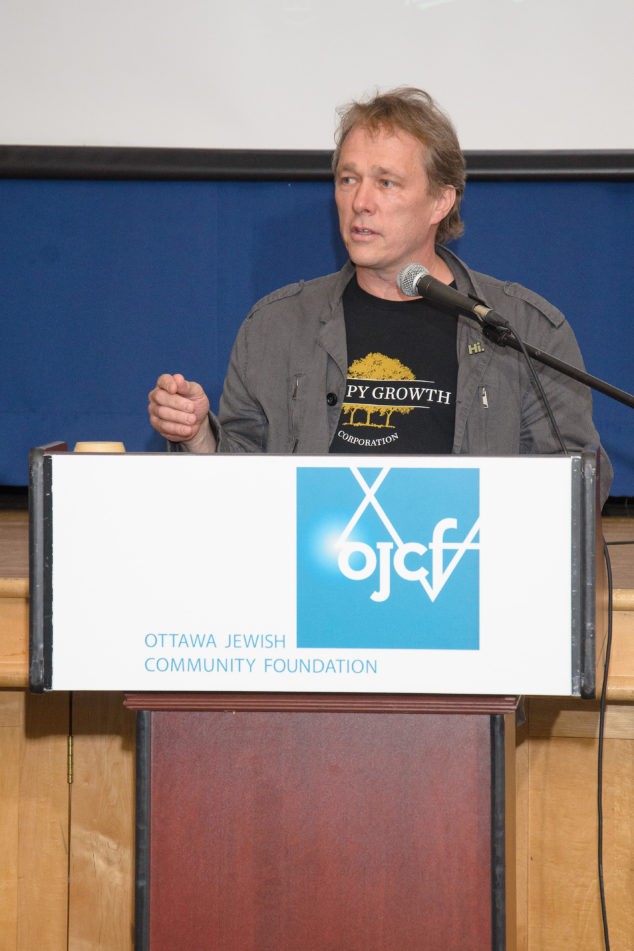 Philanthropy, scholarships, and a new five-year plan also on the agenda at the Ottawa Jewish Community Foundation annual general meeting.

Canada has a “generational advantage” when it comes to cannabis, according to Bruce Linton, founder, chair and co-CEO of cannabis company Canopy Growth.

Canopy Growth, founded in Smiths Falls in 2013, was the first cannabis company in North America to be listed on a major stock exchange.

Linton began by explaining the differences between two of the main active ingredients in Cannabis: THC, which causes psychoactive effects, and CBD, which can be used to manage neurological problems, such as Parkinson’s disease and epilepsy, as well as assist people with anxiety and sleep problems.

Linton said he is not in the business of convincing people to like cannabis, he only wants them to recognize the illegal cannabis market “does $8 billion in business a year, and they have no criteria when they sell it except whether you can you pay for it.”

Linton said his company is prioritizing seeking out regulation, as their main competitor is “bad public policy.” An example of this, according to Linton, is when cannabis-infused foods and drinks have no limit on how much THC is in them.

“You can imagine the reputational damage that can occur to a sector when a beverage has 50 times more of an active agreement in it than is necessary to cause an effect,” he said.

Linton said Canopy Growth has sponsored several charitable events in Smith Falls and also partners with the Canadian Drug Policy Coalition and Mothers Against Drunk Driving to help prevent impaired driving, and the University of British Columbia to research the use of cannabis in treating opioid addiction.

Freedman also said the strategic plan has an “ambitious” goal of securing an average of one new legacy commitment each month over the five-year period, for a total of at least 60 gifts with a minimum estimated value of $6 million.

The AGM was chaired by outgoing Foundation Chair Gillie Vered, who said the Foundation is the “bridge that connects the past, present and future.”

Vered thanked the community for the “honour, opportunity and responsibility” of chairing the Foundation over the past two years, and acknowledged his fellow board and committee members.

“We have had a lot of interesting debate at the committee and board level, but it’s always been constructive, interesting and for the benefit of the community,” he said. 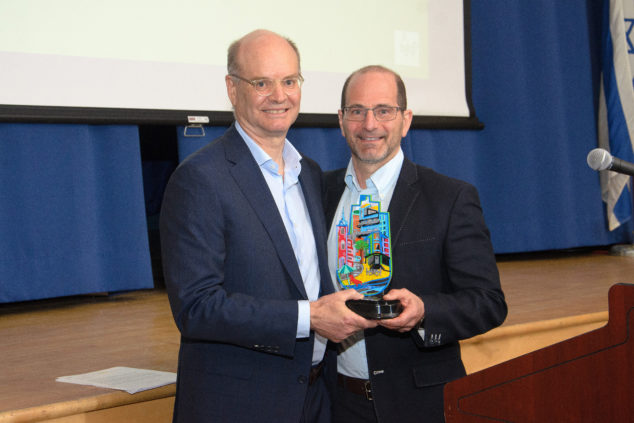 Outgoing Foundation Chair Gillie Vered receives a gift in appreciation of his service presented by Michael Landau, a past chair of the Foundation, at the Ottawa Jewish Community Foundation AGM, June 6, at the SJCC. (Howard Sandler)

Vered also discussed the special nature of Ottawa’s Jewish community and talked about a woman he met while serving on the board of Hillel Academy (now the Ottawa Jewish Community School) who had recently moved her family to Ottawa from Argentina. Vered encouraged the woman to enrol her son at Hillel, and said she later told him the community gave her a life, and that she was “ever thankful.”

He also spoke about his parents who, he said, moved to Ottawa from Israel 63 years ago with no connections, but were invited into Ottawa’s Jewish community.

The fact that any member of the community can be active, “regardless of age or background,” as well as the community’s supportive and compassionate nature, is what makes it so special, Vered said.

However, he warned, the community must not be taken for granted, which is why it needs “ongoing care, resources and all of us getting involved to do our part,” for the community to grow and flourish.

Incoming Foundation Chair Lawrence Weinstein said each of his family members has “benefited from the Jewish institutions that visionary leaders before us built.”

Weinstein said he took on the role of Foundation chair because, “I value our Jewish community and want to make sure the generations that come after me have the same opportunities I did.”

Weinstein, who mentioned he is “in the home-building business,” compared the strength of Ottawa’s Jewish community to that of a house, saying “without a strong foundation, the home will collapse.” He said for the Jewish community, this strength comes from sustained funding – provided in perpetuity – to the Foundation.

“As a businessman, the idea that I can make a gift to the Foundation, that it is invested wisely, and that annual disbursements can be made to the causes I care most about, is extremely attractive,” he said.

Weinstein paid tribute to the work Vered did as Foundation chair and said he is excited “to do my part to ensure our community’s future.”

Several awards and scholarships were presented during the AGM.

Two Women’s Collective Endowment Fund Awards, valued at $1,000 each, were presented to the Ottawa Kosher Food Bank and Hillel Ottawa, and the Norman Lesh Philanthropy Award, valued at $3,500, was presented to Ottawa Torah Centre Chabad. 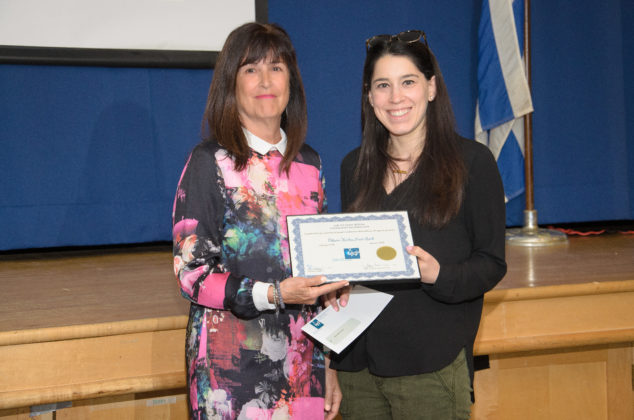 McGill University student Hannah Srour received the George Joseph Cooper Scholarship. Valued at $19,171, the scholarship is presented annually to a student from Ottawa’s Jewish community who has “displayed leadership qualities, academic excellence, a strong commitment to the Jewish community, and whose studies and career goals will advance the arts, literary or social sciences.” 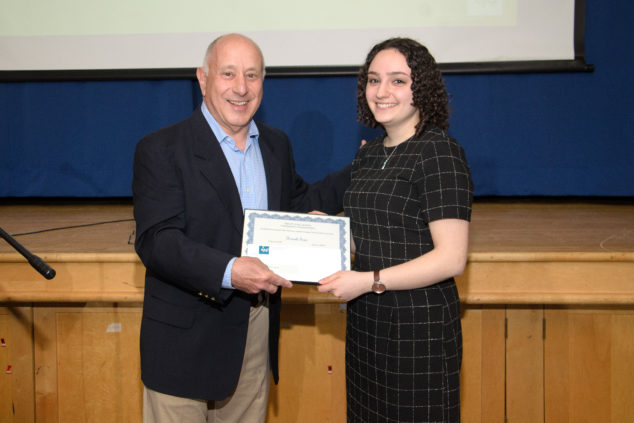 The Ilana and Steven Rubin Scholarship was presented to graduating high school students Eden Ayele and Matthew Mendonca, who each received $1,800 toward their university education.