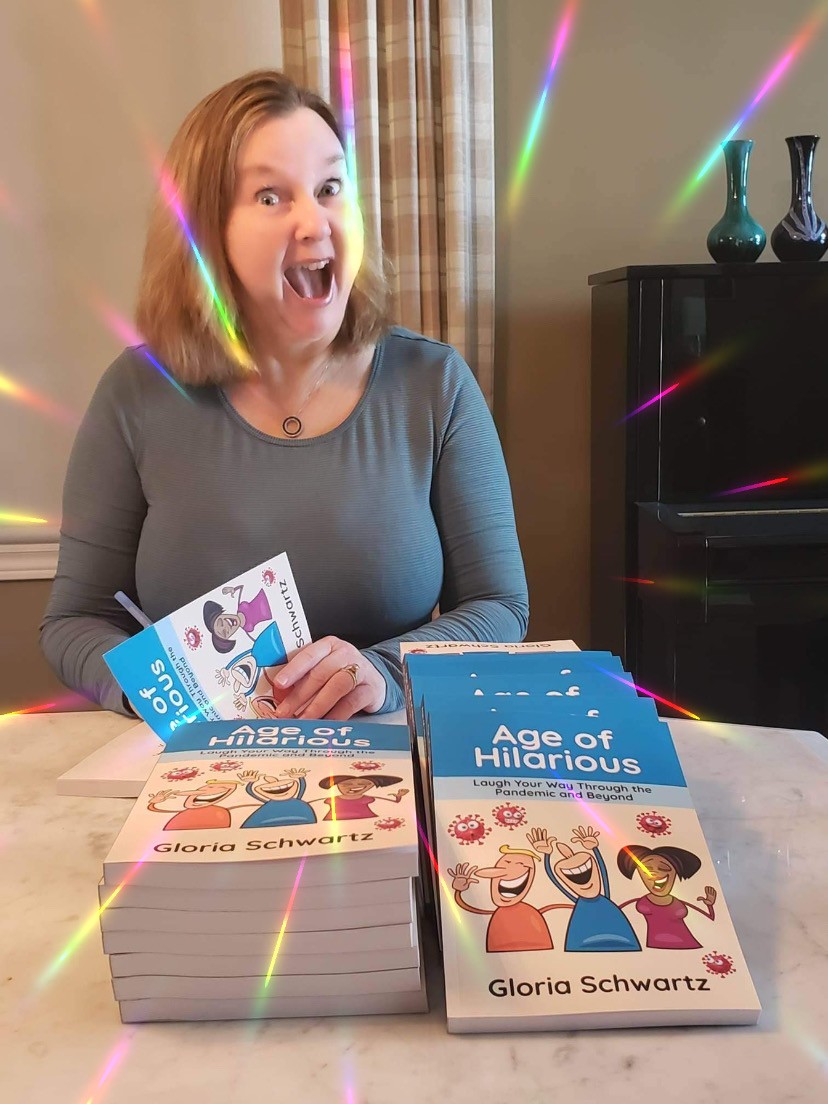 If you were a regular reader of the Ottawa Jewish Bulletin, you’ll recognize both the name and personality of Gloria Schwartz.

Schwartz has worked as a personal trainer at the Soloway JCC, wrote a fitness column for the former Bulletin newspaper and during the last year of the COVID-19 pandemic, she wrote and published a book about using laughter to cope with difficult situations.

“I think it’s hilarious, but I might be a bit biased,” said Schwartz. “It covers a lot of situations in life, from marriage and children to elderly parents. I try to find the funny.”

Schwartz believes humour is a great coping method -- especially right now as we all grapple with the ongoing pandemic -- but she actually sees herself as a very negative person.

“I try to be positive, but it’s not always easy,” said Schwartz. “The first few months of the pandemic, I had terrible anxiety, with all the unknowns and fears. But I’m human, like everyone else! So, I thought, there has to be a funny side of this.”

And thus, Age of Hilarious: Laugh Your Way Through the Pandemic and Beyond, which is Schwartz’s second book, was born. Schwartz’s first book focuses on fitness, and both are self-published. The material for Age of Hilarious came from a few years of real-life experiences but was collected into book form over just a few months.

Schwartz’s concept -- laughter as the best form of medicine -- has some root in scientific fact. Studies show that laughter releases endorphins, which are our home-grown feel-good brain chemicals. Laughter also forces brain region connectivity as the brain attempts to decipher meaning from the noise. It also lessens stress, which lowers blood pressure and inflammation in the body.

Learning from her dad, a Holocaust survivor, Schwartz knew it was better to not dwell on the negative when looking back. Cautious of “cancel culture,” she doesn’t intend to mock the suffering occurring during the pandemic, but rather give people an opportunity to escape.

“It’s to make people forget whatever they’re going through right now, even if just for a few minutes at a time,” said Schwartz. “Just like watching Netflix.”

Schwartz said she’s worried people won’t think her book is funny, or that she’s being insensitive, but really believes that “when life gives you lemons, you have to make lemonade” -- and so far, the book’s been received positively.

“You can laugh at life,” said Schwartz. “Or you can cry.”

Twenty-five per cent of the proceeds from February’s book sales will go to the Ottawa Kosher Food Bank. Visit www.amazon.ca to order.