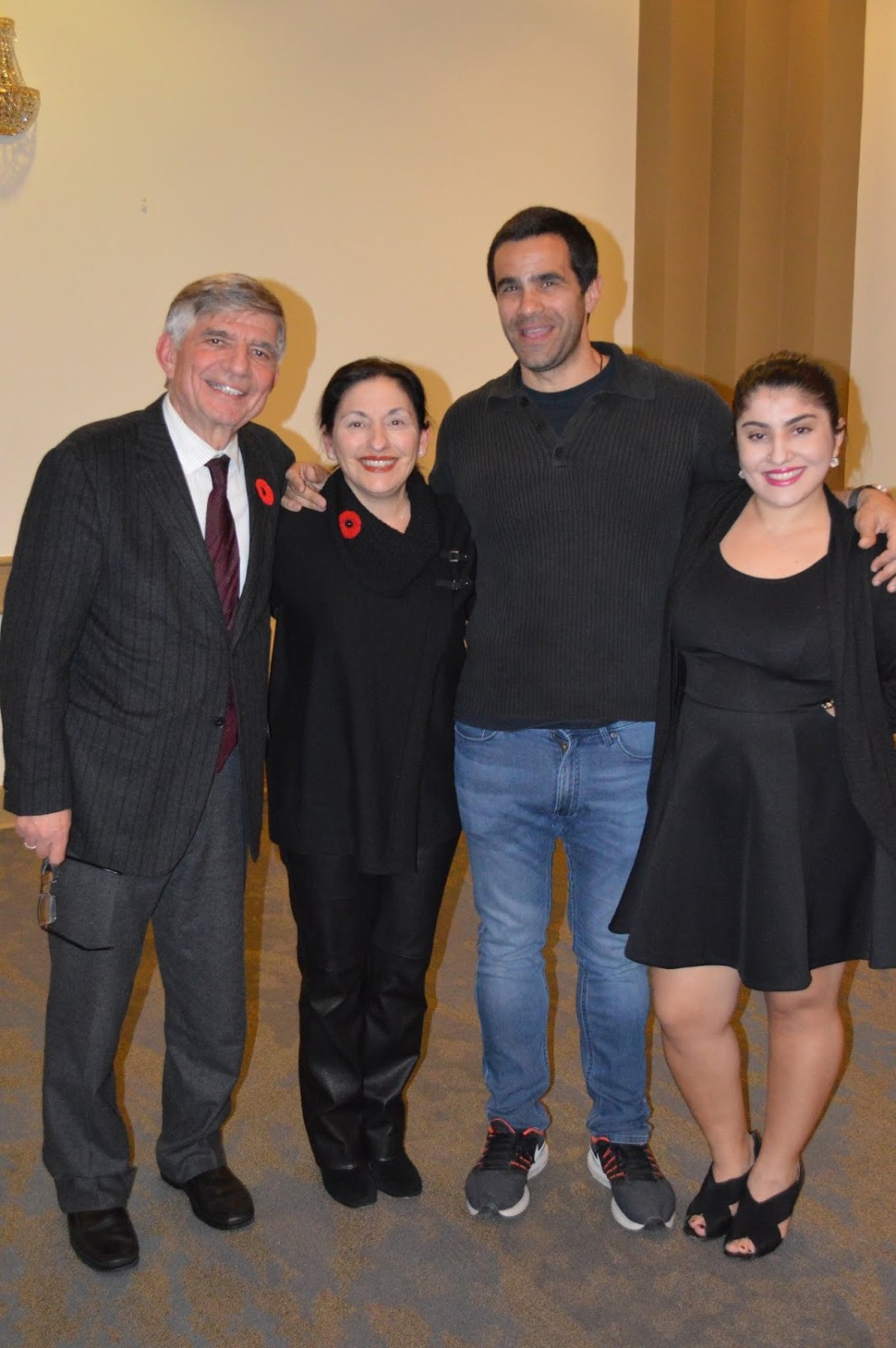 Last February, Steven and Doris Ramphos saw the film, “Life Will Smile” at the Greek Orthodox Church in Naples, Florida.

“Life Will Smile” is a documentary based on the true story of an entire Jewish community of 275 surviving the Second World War, thanks to the brave actions of the people on the Greek island of Zakynthos.

This is widely thought to be the only Jewish community in Nazi-occupied Europe to survive the Holocaust intact, without losing a single one of its members.

“We were so moved by this film that we were certain we wanted to share it with our friends and family in Ottawa,” said Doris, knowing immediately that it was something she wanted to do.

Steven Ramphos is president and founder of District Realty and he and his wife are active supporters of many local charities including the University of Ottawa Heart Institute and the Hellenic Community of Ottawa.

“My husband Steve and I have such a connection with the Jewish people of Ottawa, specifically with the Shinder family. The Shinder family are our family,” she said. “My husband Steve was originally partners with Lionel Shinder, Jason’s late father, when they incorporated District Realty. Prior to that, Steve worked at Regional Realty for Len Potechin and later Steve Gordon.

Immediately after she saw the movie in Florida, Doris contacted Steven Priovolos, the film’s Los Angeles-based producer, to see if she could arrange a screening in Ottawa in November. Not only did he agree, Priovolos said he’d attend himself.

“His only condition when screening his movie is that no one be charged. This made me want to screen it even more,” she said. “Steven Priovolos is an extremely compassionate person who wanted to share this incredible story.”

On November 7, Steven and Doris Ramphos sponsored the Canadian premiere of “Life Will Smile” at the Infinity Centre during Holocaust Education Month and Priovolos was present for a question-and-answer session with the capacity audience – mostly from Ottawa’s Greek and Jewish communities – following the screening.

“I was surprised by the number of people who registered to attend: 550 people,” she added. “Our event was originally planned for 200. The registration kept increasing. It was a room full of people sharing an amazing compassionate story. I cannot tell you how special the night was.”

Earlier in the day, explained Doris, Ambassador Dimitrios Azemopoulos of Greece hosted “an incredible luncheon” at his residence where he honoured the departing ambassador of Israel, Nimrod Barkan. “It was a beautiful lunch.”

The luncheon was attended, she noted, by Supreme Court Justices Andromache Karakatsanis and Rosalie Abella; Andrea Freedman, president and CEO of the Jewish Federation of Ottawa, and Michael Polowin, chair of the Federation; Tony Vanikiotis, president of the Hellenic Community; Father Alex Michalopulos of the Greek Orthodox Church; Rabbi Idan Scher of Congregation Machzikei Hadas; Rabbi Menachem Blum of Ottawa Torah Centre Chabad; and Steven Priovolos, the producer of “Life Will Smile.”

Visit www.lifewillsmile.com for more information on the film and the story of how the Jews of Zakynthos were saved and www.stevenpriovolos.com to learn more about the producer.