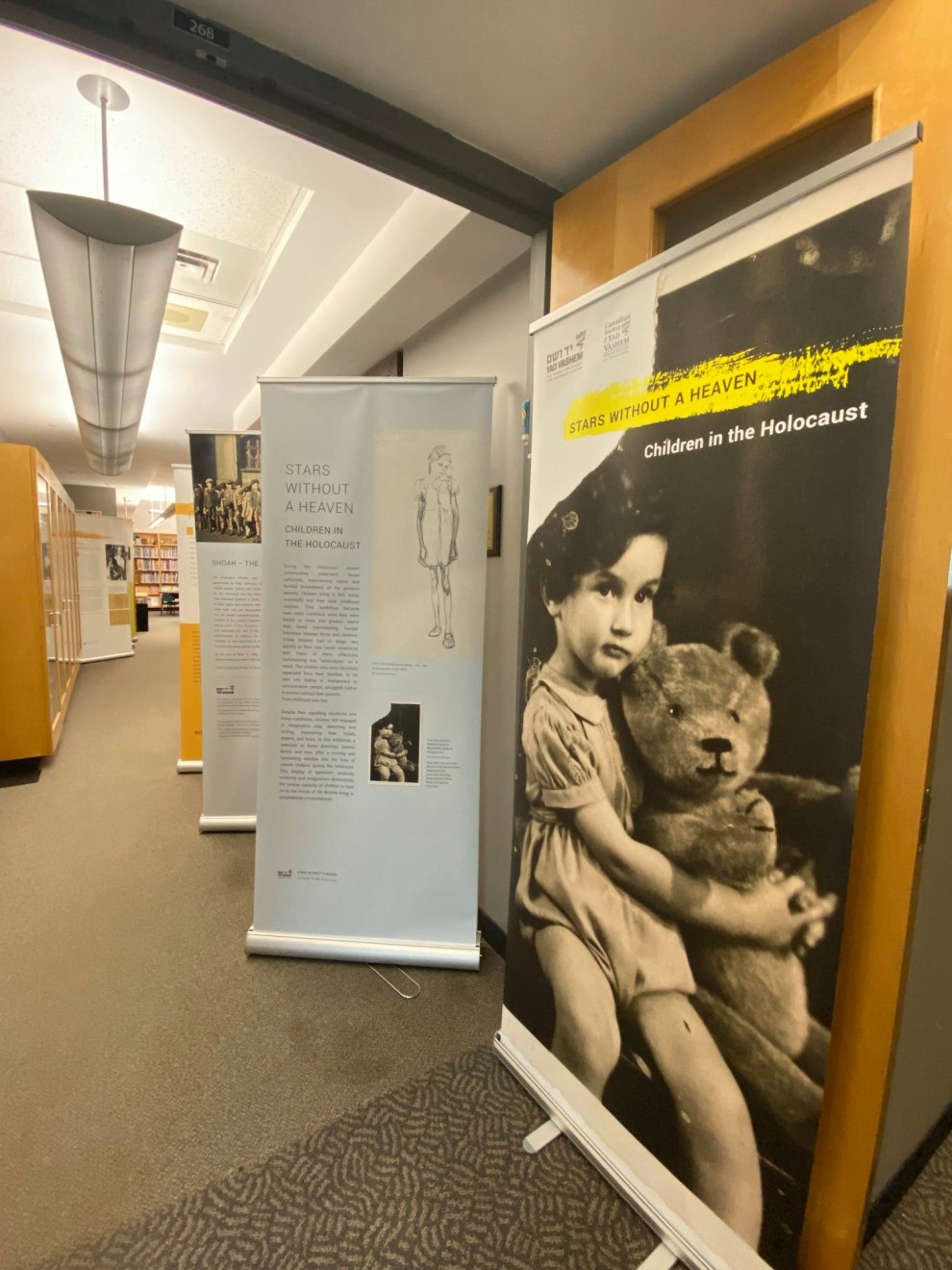 This was the overwhelming sentiment expressed by the more than 500 Ottawa students, from Grades 9-11 who had the opportunity to walk through a special photo gallery entitled Stars Without a Heaven: Children in the Holocaust as part of Holocaust Education Month in November 2021.

After the experience, students and educators were asked to provide their feedback by describing one new thing they had learned and one thing they had unlearned. The responses proved that this educational experience was not only powerful but sorely needed. For the Jewish Federation of Ottawa, whose Shoah Committee brought the exhibit to Ottawa, understanding the results of the education efforts and the effect on the broader Ottawa community is an integral part of Federation’s advocacy work.

“Part of my role is to share with our amazing donors how their gifts to Federation’s Annual Campaign make an impact,” said Pauline Colwin, Federation’s Director of Communications. “When my colleague Anne Read shared the results of the work undertaken by the Shoah Committee and how profoundly this special exhibit had affected the young people who had participated, it was clear this was a story worth sharing and explaining.

“We are currently experiencing a rise in antisemitism,” said Colwin. “Education is one of the best ways to combat this and reading feedback from kids about what they had learned and unlearned, stopped me in my tracks. Here are kids in our city learning for the first time that the Holocaust was not a myth.”

The Stars Without a Heaven: Children of the Holocaust exhibit is a pop-up walking gallery and was developed by Yad Vashem. It features 14 double-sided panels displaying a selection of children’s drawings, poems, letters and even toys, and offers a moving — and fascinating — window into the lives of Jewish children during the Holocaust. In Ottawa, the exhibit was displayed at the Greenberg Families Library, Woodroffe High School, Sir Robert Borden High School, Hillcrest High School and Notre Dame High School. In addition to visiting the gallery, students and teachers had access to an online portal of educational resources.

Kenra Mroz, a teacher at Sir Robert Borden High School, said her students were deeply moved by the exhibit.

“We had some excellent follow-up discussions regarding the importance of not only being aware of the history of the Holocaust but also of ensuring that its legacy remains through the lessons that we have learned,” she said.

While difficult material for teens to interact with, teachers were pleased to have access to the exhibit.

“The kids are always asking how something so terrible can happen,” said Woodroffe High School teacher Jaden Lairson at the time. “They learn to think about how we react as an international community, and our responsibility to protect.”

The following are the responses, in their own words, gathered from the students who participated in this powerful exhibit:

Equally important, students shared what they had UNLEARNED:

As one educator shared:

“I had never considered the lasting impact of Jewish children living in hiding with non-Jewish families for so many years. I also hadn't had the opportunity to read so many personal stories of children in the Holocaust before.”

The heartfelt and honest responses show the gap in educating students about the Holocaust and modern-day antisemitism and why Federation and our partner CIJA have been actively advocating for a ministry-mandated Holocaust education curriculum.

For more information about the exhibit, which can be made available upon request throughout the year, please contact Anne Read at aread@jewishottawa.com.