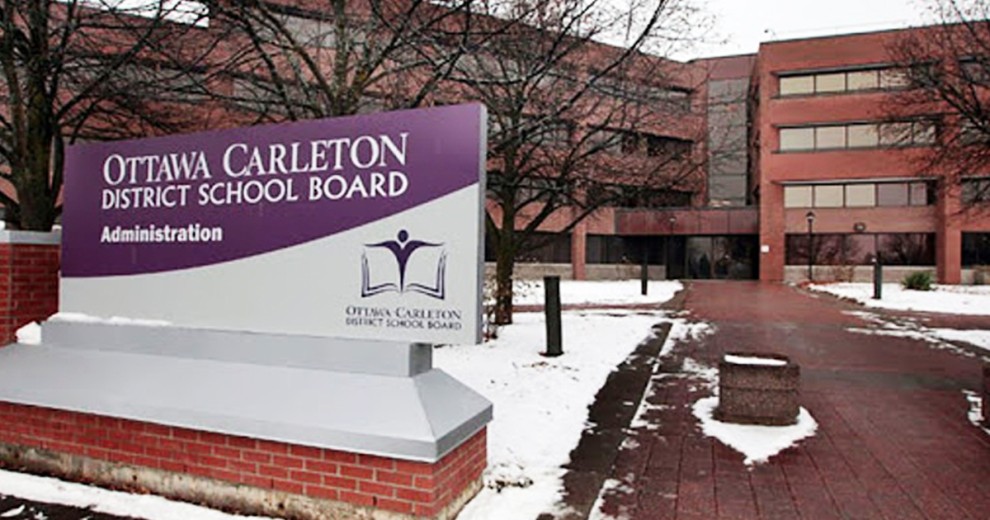 After hours of debate and discussion, the Ottawa-Carleton District School Board unanimously passed a motion last night to hire a full-time Jewish Equity Coach. The vote was met with applause from the public gallery, where some attendees wore T-shirts reading "End Jew Hatred" and held signs saying "Hatred is not Kosher."

The board heard from concerned members of the Jewish community ahead of the vote, all of whom highlighted the need for the position and addressed the antisemitism experienced by students and staff in Ottawa. The motion was brought forward and championed by OCDSB trustee Dr. Nili Kaplan-Myrth.

“Jewish students and families have shared their traumatic experiences and have appealed to the board seeking stronger support in protecting and promoting Jewish student wellbeing,” said Kaplan-Myrth in the motion.

Federation President and CEO Andrea Freedman spoke, along with seven other delegates, addressing the board’s inaction to date on antisemitism in the schools.

“The lived experience of OCDSB Jewish students reflect Statistics Canada data, indicating that Jews remain the most targeted religious minority for hate crimes,” she said. “In your schools, Jewish students are threatened with gas chambers, given Nazi salutes, and subjected to swastikas and social media posts like ‘Kill the Jews.’ And yet somehow, there continues to exist a perception that antisemitism is a lesser form of racism, that the hate experienced by Jewish students matters less than hate directed to others.”

The equity coach would represent “an authentic Jewish voice within the board’s human rights and equity framework; facilitate antisemitism and Holocaust education training; provide lesson plans; and serve as a much-needed resource for administrators,” said Freedman.

Among the delegates who presented was parent David Baker. Calling himself an accidental advocate, he spoke poignantly about the antisemitism his son faced at school, describing the day of the incident.

“December 1 is a day that I will never forget and one that has changed our family forever. My son came home from school in a state of shock and disbelief because of what he was confronted with while there. He and another Jewish student were specifically targeted to witness a swastika and were greeted with the Heil Hitler salute, both symbols of the mass murder of six million people executed in cold blood just for being Jewish,” said Baker.

“I’m telling all of you that Jewish students do not feel safe in your schools and as parents we do not have confidence in your ability to keep our children safe at your schools. A Jewish Equity Coach will help rebuild trust with your Jewish families and help you to take the necessary action so no other child is victimized like my son.”

“I want to give my heartfelt thanks to the chair, interim director, and the senior staff, along with all trustees, for their commitment to addressing antisemitism,” said Kaplan-Myrth after the motion passed.

The motion and subsequent new position come after parents, community members, and Jewish organizations, including the Jewish Federation of Ottawa, lobbied and advocated for the school board to take action against the dangerous rise in antisemitism, a horrifying trend that has been growing since 2020. A petition by tireless community organizer Lisa Levitan the founder of Rise Up! Ottawa garnered more than 1,000 signatures. Levitan has done amazing work behind the scenes lobbying and organizing and should be commended for her efforts, which greatly contributed to last night’s unanimous vote.

"Our community is so often gaslit over our concerns or left alone and unsupported in our worst times. The fact that the vote was unanimous, and supported by staff, that every delegation spoke in favour of the motion, and that every trustee that spoke put into words their own conviction that this Jew-hate must be recognized, prioritized, and fought systemically, showed we were heard and had real solidarity from those entrusted with our kids' care,” said Federation’s Community Relations and Antisemitism Specialist, David Sachs.

"This is a meaningful, practical step to support our community, and is one piece of the OCDSB’s plan for action in a wide range of areas. Our students and schools are a reflection of the hate that has grown in our society. But if we can educate these students, we can break the cycle and change our society."

The full-time Jewish Equity Coach position will be equivalent to staff positions already created by the board to advocate for Black and Indigenous people. Some trustees had questioned the title "equity coach," arguing that it might be restrictive as "coaches" are usually teachers. A motion to amend the wording failed to pass and in the end, all voted in favour of creating the new position.

A binding vote is scheduled to take place at the next board meeting on Jan. 31.