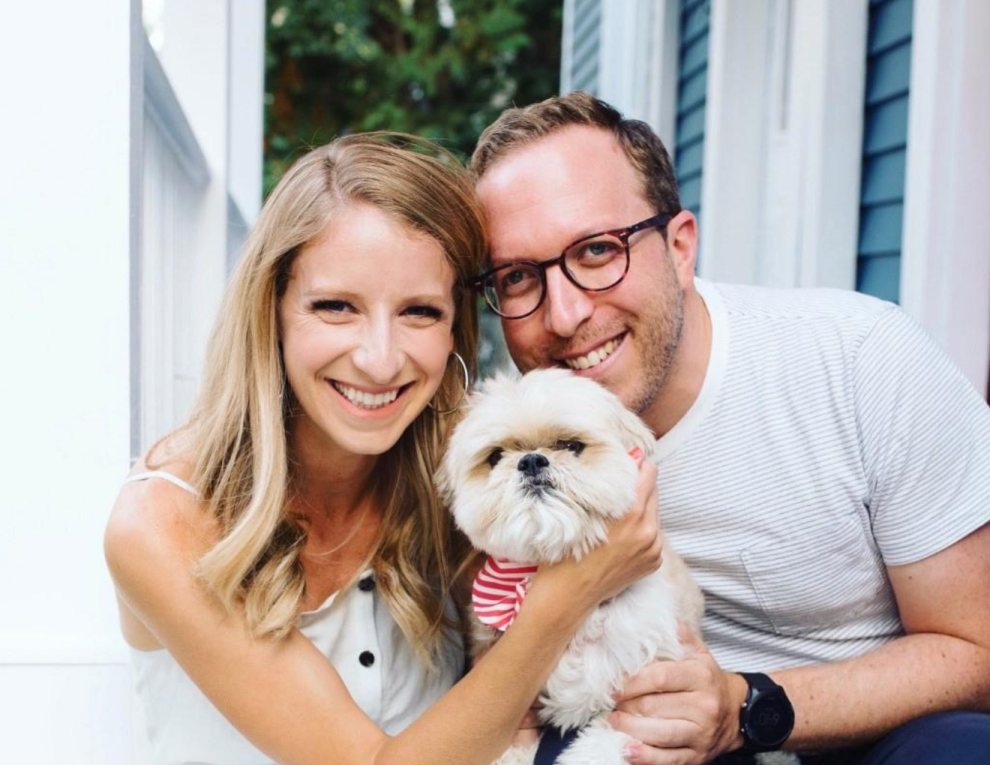 For the first time, the Emerging Generation division of the Jewish Federation of Ottawa’s 2021 Annual Campaign will be co-chaired by two couples rather than individuals. The co-chairs are Adam Zaret and Jodi Weinstein, who are married, and an engaged couple, Jonathon Greenberg and Elyssa Nassi, who are scheduled to be married in November.

Adam Zaret grew up in Ottawa, where his parents, Debi and Neil Zaret, are long-time community volunteers and Adam began to emerge as a community leader in his own right two years ago when the Zaret family collectively co-chaired the 2019 Annual Campaign Kickoff, the Lip-Sync Battle, held at Centrepointe Theatre. Adam, a vice-president at Gemstone Corp., a real estate business owned by the Zaret family, went on to co-chair the Federation Golf Tournament in 2019 with Charles Mirsky and they were slated to co-chair that major event again this summer until it was cancelled due to the COVID-19 pandemic.

Before moving to Ottawa from Montreal last year when she married Adam, Jodi Weinstein was on the organizing committee for the annual fundraising gala of the Montreal Chapter of the Israeli Cancer Research Centre and notes her long-established appreciation for the Jewish community here having spent many summers as a camper and staff member at Camp B’nai Brith of Ottawa. With a professional background is in hospitality, event planning and operations management, Jodi now operates a home staging and organizing business in Ottawa.

Adam says that the pandemic is a major reason for him and Jodi stepping up to help lead the Emerging Generation Campaign.

“We’re fortunate that we have the time and resources to help in a year that they need some help,” he said. “From a fundraising perspective, it will be a challenge to do it all over the phone, and virtually, because I’m a huge proponent of seeing people in person so we’re learning as we go and I hope people recognize that despite the challenges, we’re pretty fortunate to be in a place like Ottawa and hope the Campaign will be as – or more – successful than it has been in the past.”

Adam says that many of his and Jodi’s contemporaries – young couples in their 30s – feel very passionate about the Jewish community.

“Those who step up and are involved recognize that [the future of the community] is ours for the making and it’s up to us to make sure the community is what we want it to be,” he said, “because if we don’t it’s not going to be there.”

“The Jewish community in Ottawa is evolving,” Adam added, “and it’s incumbent on 30- to 40-year-old young families to start to craft it and make it what they want.”

Adam said that financial generosity is paramount to programs and to such facilities as the Soloway Jewish Community Centre and Ottawa Jewish Community School and noted the important role of the Federation Annual Campaign in ensuring the viability of the community. 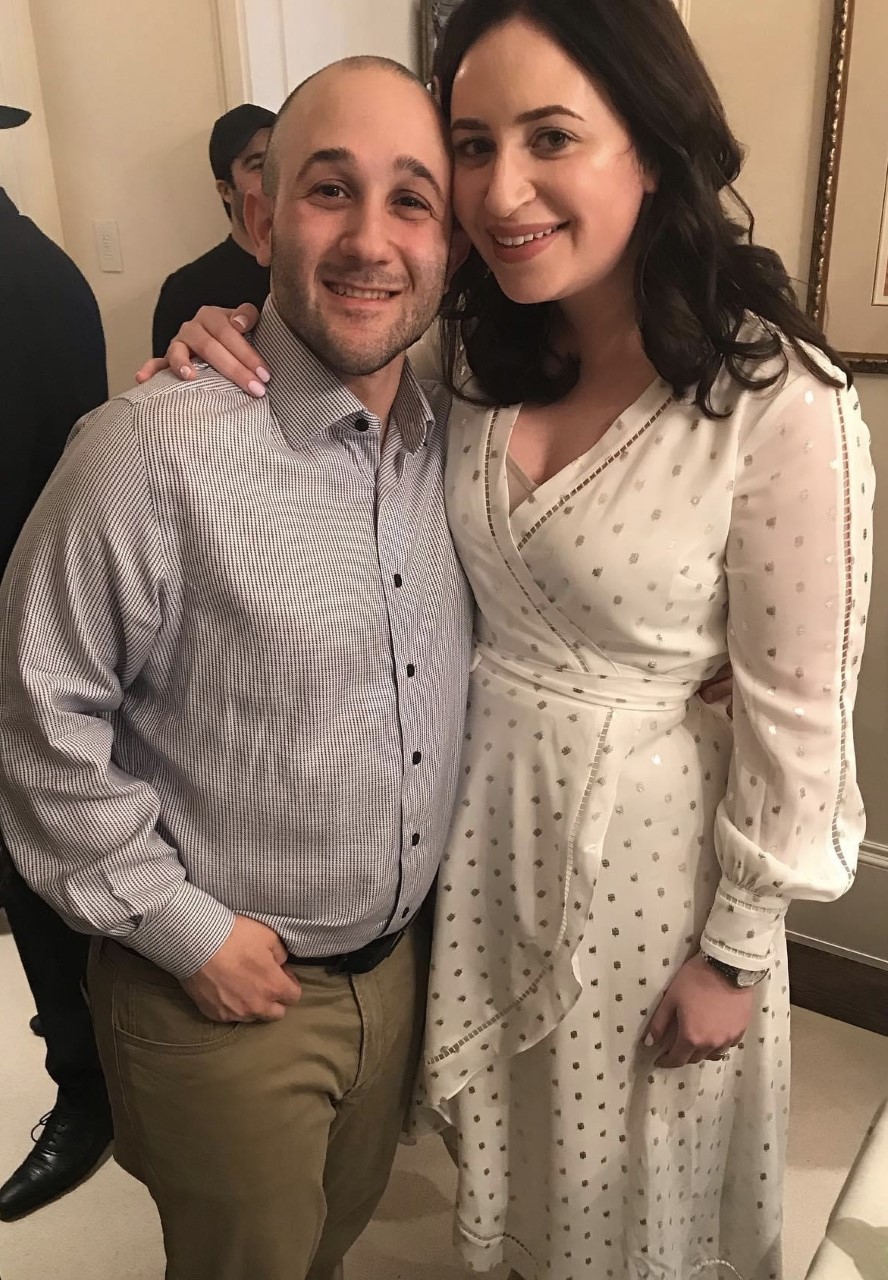 Jonathon Greenberg and Elyssa Nassi are both former Montrealers who have settled in Ottawa recently. Jonathon arrived in 2015 to pursue a graduate degree in public affairs at the University of Ottawa and Elyssa joined him a year later. Both are now employed in the public service.

“I work as a program coordinator for the Canadian Institutes of Health Research,” explained Elyssa, who has recently been working on funding opportunities related to the COVID-19 pandemic.

“That’s a pretty big file that we’re working on right now,” she said, “that is quite exciting because you get to see all your work translated to meaningful research that benefits Canadians and people internationally.”

“I work as an analyst in strategic research for the Canadian Radio-Television and Telecommunications Commission – the CRTC,” said Jonathon. “I focus on foresight, emerging trends and exploratory research.”

Elyssa explained that the Glebe Shul – the JET Ottawa program for young professionals – was their starting point for becoming involved in the Jewish community after their arrivals in the city.

“We got connected to [Glebe Shul co-founder] Stacey Goldstein and she invited us for Shabbat dinners and introduced us to a bunch of people,” said Elyssa. “We started going to EG [Emerging Generation] events and from there got connected with amazing people who we felt amazing friendships with.”

Jonathon says that Jewish Jumpstart – a Federation program to encourage and subsidize new memberships in Ottawa congregations and the Soloway Jewish Community Centre – helped the couple find their place in the Ottawa community.

“We joined Machzikei Hadas,” he said, “and as we got more involved in Emerging Generation, we realized how it could be improved and made into an awesome organization. We wanted to build on the foundations that already existed… It was a way to put down roots in the [Ottawa Jewish] community and it flowed naturally from my upbringing which was very focussed on Jewish community and family.”

Given the realities of COVID-19, Jonathon said, the upcoming Annual Campaign “will look incredibly different this year,” since the kind of usual in-person events will not be possible.

“We’re going to focus on Zoom events and phone calls and discussions with people,” he said, suggesting that Zoom events may be geared toward smaller groups, perhaps centred around career interests.

For more information on the Jewish Federation of Ottawa Annual Campaign, contact Director of Development Micah Garten at mgarten@jewishottawa.com or 613-798-4696, ext. 270.