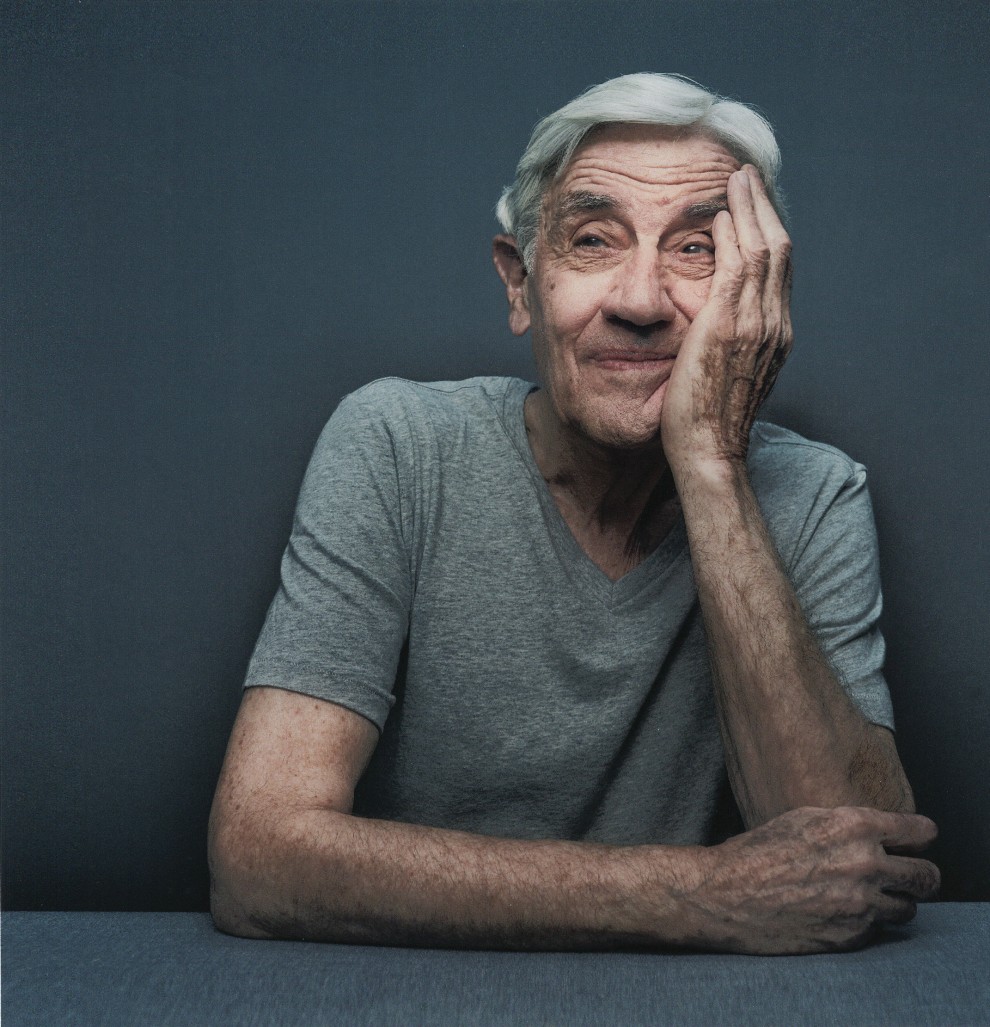 Elly Gotz to tell his powerful story on Yom HaShoah

Elly Gotz will tell the story of how he survived the Holocaust at Ottawa’s Yom HaShoah commemoration on Wednesday, May 1, 7 pm, at the Soloway Jewish Community Centre.

It’s a story the veteran Holocaust educator has told many times before. In the past year alone, Gotz spoke to more than 17,000 students at Canadian high schools and universities.

Gotz has been telling his story for decades on behalf of the Holocaust Centre of Toronto, which he was inspired to do in order to help counter the efforts of Ernst Zündel, a notorious German anti-Semite who lived in Canada from 1958 to 2000 publishing streams of material denying the Holocaust.

Hearing Zündel’s lies, Gotz joined with other survivors who felt they must speak out and tell their stories.

Even now, he often speaks to students to combat Holocaust deniers, showing the students German documents that prove the deniers are lying.

“I want them to know how lucky they are to be living in Canada, in a free country. I’m a very proud Canadian.”

He said that Canadian schools are now making a greater effort to teach about the Holocaust although there’s very little about it in the curriculum.

“Teachers are very keen that we bring the reality of the Holocaust to the students… I usually get invited to speak when they’re discussing European history in Grade 10.”

Gotz has three children and six grandchildren. “My grandchildren,” now aged 18 to 26, “have all heard my stories,” he said.

His first objective when speaking to students, Gotz said, is to make them aware that six million Jewish people were murdered in the Holocaust, “and then I tell them my story.”

Gotz was born in Kovno, Lithuania in 1928. Only about five per cent of Lithuanian Jews survived the Holocaust.

“Most were killed in the first six months of the war. I happened to be lucky enough to be in one of the big cities because they made a ghetto, where I spent three years. We started out with 30,000 Jews in the Kovno Ghetto, and ended up with 8,000 left after three years when the Russian army was getting close. Then they took us to Germany for slave labour,” he said.

In 1941, Gotz was deported to Dachau with his father, surviving separation from his mother and four years of forced labour constructing a bombproof aircraft factory.

“The surviving Jews had nowhere to go. Nobody wanted Jews. After living in Germany for two years after the war, Norway said they’d take 900 Jews. I only stayed in Norway about a year and then our relatives in Africa managed to get us to Rhodesia where I learned English for the first time.”

“By that time, I had a wife and three children and we came to Canada. I graduated as an electronics engineer in South Africa and I had various businesses. Later I had a family business and in Canada we started a company for electronic welding of plastics. After a time, we were successful and I became a pilot and bought an airplane. It was my dream to be an engineer and to be a pilot. I flew a small airplane.”

In 2017, at age 89, he fulfilled another aeronautical dream by skydiving in celebration of Canada’s 150th birthday.

During his presentations, Gotz said he shows a lot of photographs, including from the ghetto.

“They had a school for the kids 12 to 15 to learn a trade. I learned metal work, locksmithing, and tool making, all the metal trades,” he said. “When I was 15, I graduated and became a teacher because I was a good student, and I taught other students.”

Gotz found a photograph in the U.S. Holocaust Memorial Museum in Washington of himself teaching the students in the ghetto.

“It is the only picture I have of myself during the war,” he said.

Gotz said he tells Canadian students, “not to hate other people, not to be prejudiced against minorities… and to be accepting of refugees… I tell them they should be interested and curious about other people who are different than themselves. Then they will discover their common humanity.”

The Yom HaShoah commemoration is organized by the Shoah (Holocaust) Committee of the Jewish Federation of Ottawa. Admission is free of charge and all are welcome. Those wishing to attend are asked to RSVP to Lindsay Gottheil at lgottheil@jewishottawa.com or 613-798-4696, ext. 355.