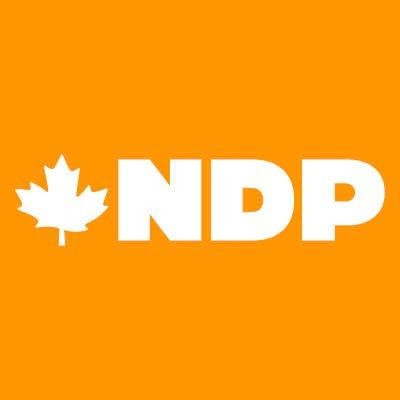 “We know we need to address antisemitism in a number of ways,” MacEwen said, starting the discussion decisively. “We want to make sure police have the right tools, that there’s a collaboration with nonprofits to increase reporting … hate grows when we don’t address it.”

The party’s platform says “A New Democrat government will convene a national working group to counter online hate and protect public safety, and make sure that social media platforms are legally responsible for the removal of hateful and extremist content before it can do harm.”

Devine also spoke about the working group, further promising to work with local police to form an anti-hate unit. Beyond that, Devine lamented the lack of education on “so many” historical events.

“Not only is there a lack of education on Holocaust awareness, but the past six months have taught us that Canadians had no awareness of the immense tragedy of residential school survivors,” he said.

The NDP candidates also vowed to ensure Hamas is not armed — “and that terrorism is not rewarded,” said MacEwen.

“Canada must play a stronger role in pushing for a resolution to this conflict,” she said. The party’s platform promises to work toward a “just and lasting two-state solution” between Israel and Palestine.

However, when it came to the BDS movement, Devine was unable to speak about the party’s position, nor provide his own opinion. MacEwen filled in the gaps, acknowledging the party’s stance that BDS is not a solution.

“It can’t replace good faith efforts to solve the ongoing conflict,” she said. “But, individuals have the right to not purchase goods if they feel that companies aren’t in line with their personal views. I don’t know that there’s a role for Canadian politicians in doing anything one way or another about BDS.”

Turning to the housing crisis, both acknowledged sweeping changes needed to be made to the existing strategy.

“Especially the part where we’re subsidizing developers to build housing that’s not affordable,” said MacEwen. “We want to build 500,000 new units across Canada that are publicly-owned housing.” MacEwen pointed to Tamir as an example of a community partner in these housing projects, highlighting that homes of this nature would be a fit for people with developmental needs.

“I enjoy engaging with communities to identify what their needs are,” said Devine. “We need to address the housing needs of thousands of people over the coming years and the best way to do this is to build smart, sensible communities. If we work to meet specific needs, we’ll build better communities.”