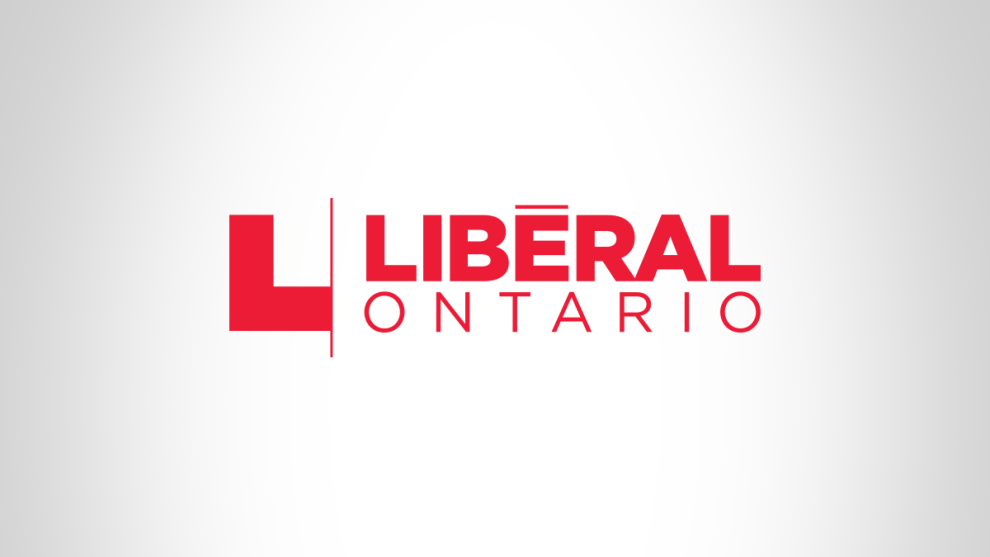 Six candidates from the Ontario Liberal Party joined a roundtable event on May 18, hosted by the Jewish Federation of Ottawa in partnership with CIJA. Candidates spoke about the importance of including the fight against antisemitism in the anti-racism umbrella, as well as how critical culturally sensitive long-term care facilities are, like the Bess and Moe Greenberg Family Hillel Lodge.

Katie Gibbs of Ottawa-Centre said she’s heard from voters at their doorsteps that the focus on anti-racism often doesn’t include antisemitism.

“There’s a huge disconnect at this moment that we’re in,” said Gibbs. “We know antisemitism is one of the top forms of racism that we’re seeing, but in people’s minds, it’s not connected. We have about $12 million over four years to reinvest into anti-racism and, for me, I'll make sure antisemitism is clearly part of that work.”

Tyler Watt, running in Nepean, said better focus needs to be on the power of education.

“It’s a significant part of addressing antisemitism. We need to train our education providers so they can pass the knowledge on,” he said. “I was completely disheartened and appalled seeing the yellow stars people were wearing during the convoy. Seeing that now shows that we need to do a better job of fighting antisemitism. A big part of the solution will be including that in our curriculums and education system.”

Tom Dawson, running in Carleton, recounted one of his own experiences in school as an example of the lasting impact of Holocaust education.

“One of the most impactful moments for me in high school was when our history teacher brought in a Holocaust survivor. Thirty years later, it’s something I talk about still,” he said. “That had such an impact — at the time, everyone said ‘never again.’ We have to make sure it doesn’t sneak in the way it has been, through social media or by letting people think it’s OK to say these things.”

Stephen Blais, the incumbent for Orleans, also said that anti-racism and Holocaust-related education needed to be in the curriculum at an earlier age.

“We’ve not been doing a good enough job as a society in instilling that knowledge in our children.”

Shahbaz Syed of Kanata-Carleton weighed in as well.

“As a part of the Muslim community and as a visible minority, I have seen firsthand how these things affect cultures across Ontario,” he said. “We want to help our Jewish brothers and sisters feel safe in their places of worship.”

One of the ways the Liberal Party plans to do so is by enacting a 50-metre no-protest zone around all religious centres.

“We are going to work with a dedicated Crown attorney unit, that’s dedicated specifically to hate crimes, so they can work with police to identify risks and prosecute those hate crimes,” said John Fraser, the incumbent for Ottawa South, adding that they will also support issues like Jewish Heritage Month and community efforts to teach and inform about the Holocaust.

The candidates also spoke about the importance of culturally sensitive long-term care, like that provided by Hillel Lodge.

“Ensuring that we continue with culturally appropriate care is critical to aging with dignity,” said Blais.

Gibbs spoke highly of the work done at Hillel Lodge.

“We are going to make some big changes on how we take care of seniors in our community and are committed to phasing out for-profit long-term care,” she said. “We are shifting to always having culturally appropriate long-term care available, as well as having home care more accessible. The focus is always on helping people age in a way that they want to. Every senior deserves to be in a home like Hillel.”

Fraser said people need to be prioritized based on their needs, “which means they may need to move to be at the most culturally appropriate care. It needs to not be an algorithm, but a responsive series of admission policies.”

The Liberal Party has also committed to a renewed home-care system, which Syed said would be very important to providing culturally appropriate care.

“At their home, they’re already in a place where they feel culturally supported.”

When asked by CEO Andrea Freedman, who was moderating the roundtable, Fraser said “that needs to happen,” and committed to investigating and pushing through the funding.

“Otherwise we end up in situations where people are languishing in hospitals,” he said. “This is a crucial investment in the community.”

While Gibbs had to leave the roundtable, the remaining candidates, Watt, Fraser, and Blais clearly stated that they did not support the Boycott Sanctions Diversion movement, with Blais adding “I am alarmed by how extreme the language is getting.” The other candidates did not comment.