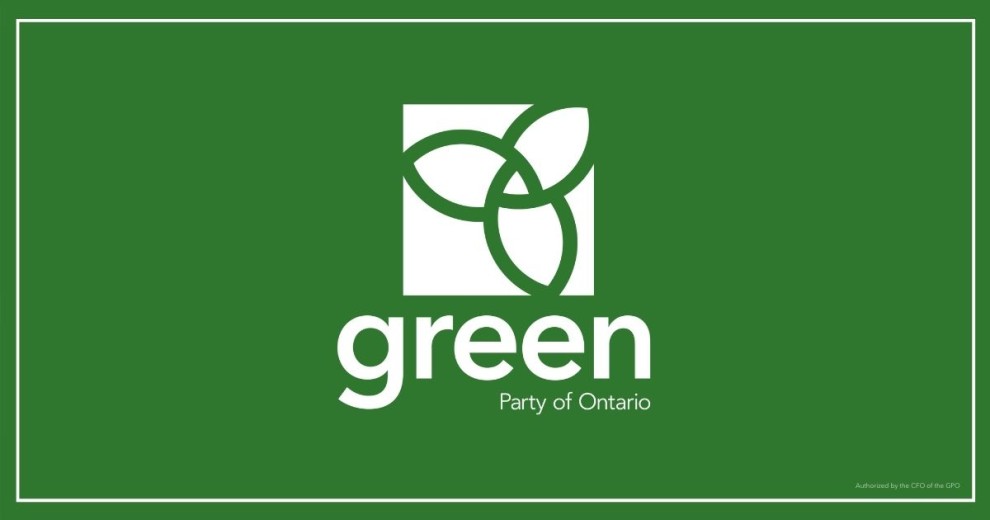 The Jewish Federation of Ottawa, along with our advocacy partner the Centre for Israel and Jewish Affairs, (CIJA), welcomed four Green Party candidates to a roundtable discussion Monday, May 16, in the lead up to the Ontario election on June 2. All local candidates were invited to participate.

“The general idea of consultation, getting the lines of communication open, that’s key,” said Bertrand, who previously worked for Indigenous Affairs Canada. The candidates specifically pointed to major changes needed in policing and official education to better tackle antisemitic behaviour.

“Police culture and their training currently experience a serious deficit in engagement in terms of listening, as well as culturally relevant education,” continued Bertrand.

Dookeran agreed, adding that a better preemptive approach to antisemitism was crucial.

“One of the essential pieces we need is better, deeper monitoring of what’s happening on the web — and connecting that to the police,” she said. “The continuum between hate speech to hate crime to physical assault, and that’s not fully understood.”

Freel, who has volunteered with the Green Party since he was 17 years old, recognized that while the conversation around hate crimes has increased in recent years, hate crime arrest counts have not followed suit — but arrests for assaults have risen.

“We need to work on training our officers and first responders on being able to recognize assault versus a hate crime, so the system can respond appropriately,” he said. “Not only as candidates but as humans, we will not tolerate hate towards any ethnic group. Antisemitism is a very real and serious problem.”

Warren, who would be the first openly autistic member of Parliament if elected, brought it full circle back to community-led conversations.

“I’d like to see more consultation between officials and communities to ensure communities are safe. People have a right to feel safe. No one should ever be in the position to feel like they are about to be attacked,” said Warren.

“It’s not acceptable how disproportionately Jewish Canadians face hate crimes. I would like to see more preventive measures rather than a reactive response to hate crimes, such as more training at the Ontario police college, to better identify hate crimes.”

In terms of preventative measures, the candidates pointed to the Green Party’s education plan as a measure of reducing hate crimes.

“Ground Zero for a lot of hate crimes would be ignorance, so our education platform includes culturally specific education in the curriculum, with education about the Holocaust and about Jewish people included, which will hopefully stave off some of that hate,” said Bertrand.

Dookeran, a retired high school teacher, called for mandatory education on the history of all people.

“We have to dispel the ignorance by educating people,” she said. “Communities are very dedicated to teaching their children their histories, but everyone else needs to know those histories too.”

However, when the candidates sought to explain how the Green Party would commit to including Jewish Ontarians’ current lived experience of antisemitism in the fight against racism, some struggled with the International Holocaust Remembrance Alliance (IHRA) definition of antisemitism and revealed a lack of understanding of the criteria, which was adopted by the Ontario government in 2020.

“The general Green Party platform regarding long-term care sees the deficits there as being part of general health care deficits,” said Bertrand. “A lot of workers in these homes are short-staffed; PSWs are underpaid and need chances for micro-credentials. Injecting a better work environment into these places will help all Canadians.”

The candidates also touched on mental health concerns, with Warren putting it simply: “Mental health is health, and we need to do more.”

“School psychologists come in maybe once a week and see 10 students,” she noted. “Injecting funds into this area so we can have a wider impact is important.”

Like the NDP, the Green Party would also bring mental health support under the OHIP umbrella.

When asked about the BDS movement, the candidates were hesitant to answer, with Bertrand noting that provincial politicians get asked a lot about global affairs, but can have little impact.

“Every party struggles in managing their extreme left and right,” agreed Freel. “But I have doubts that my position as a provincial politician will have any influence on either the redaction or continuation of the BDS policy.”