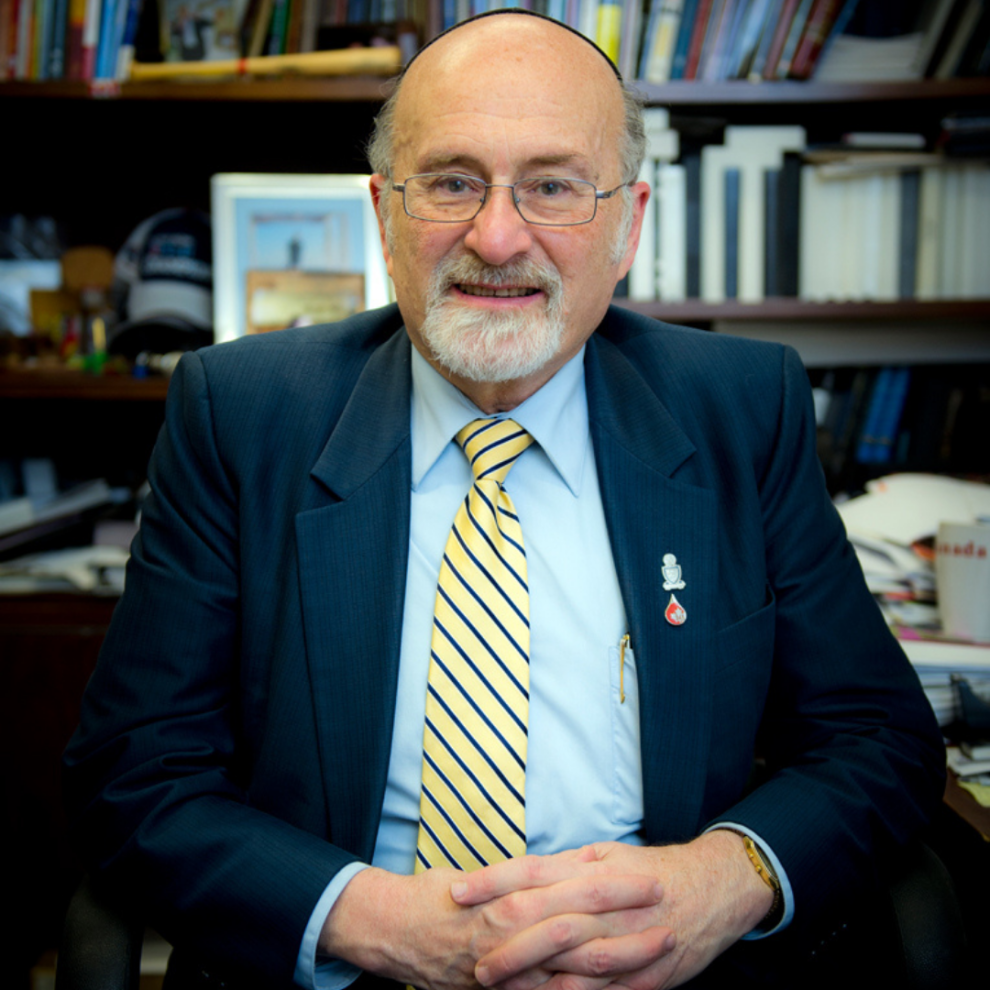 Even before the worldwide prayer rally for Rabbi Reuven Bulka began, the comments section of the webcast was filled with thank yous and well wishes of peace and love — and more than a few fond memories of baseball games. The prayers came from across the world, from Ottawa to Israel, and everywhere in between, with more than 2,500 families tuned in to the virtual rally organized by Congregation Machzikei Hadas and the Centre for Israel and Jewish Affairs (CIJA).

Known as “Canada’s Rabbi,” Rabbi Bulka, 76, has spent almost 50 years as the rabbi and then Rabbi Emeritus at Congregation Machzikei Hadas. Since 1991, he has been the face of the Jewish community at Remembrance Day ceremonies at the National War Memorial. Only last week, this beloved community leader shared that he had been diagnosed with late-stage pancreatic and liver cancer.

“One of the places you are most likely to find Rabbi Bulka,” said Rabbi Idan Scher of Machzikei Hadas, “is visiting patients in the hospital. If you have been sick in Ottawa it is most likely that Rabbi Bulka has been there for you. And one of the refrains he would share with patients, especially those struggling with cancer, is fight like you have never fought before. …
Tonight, we come together in prayer. Thousands of people. To tell you, Rabbi Bulka, every single one of us is here for you. And to pray to God to give you the strength, and the serenity, and the vigor, to fight like you have never fought before.”

Rabbi’s Bulka’s ability to unite people was a sentiment echoed by the various speakers, including Major-General Chapdelaine who thanked the rabbi for his “great comfort and encouragement” and for his interfaith work. He ended his tribute with a message of love for his dear friend, “You are surrounded by so many who love you.”

Rabbi Bulka has been awarded the Order of Canada, given the key to the city of Ottawa, and is a staunch proponent of organ donations, inclusivity and interfaith workings — and simply of kindness, as extolled by the many comments on the webcast. Many commenters listed multi-generational connections to Rabbi Bulka, from the birth of children to weddings, to the death of parents.

His dedication to the Jewish community is evident not only through the never-stopping comment section to the catches in speakers’ voices throughout the webcast.

“It’s humbling to be able to do something for him,” said Freedman, president and CEO of the Jewish Federation of Ottawa, before offering prayers in Hebrew. Prayers throughout the evening were offered in English, French and Hebrew.

Rabbi Bulka spoke with various media members Monday prior to the prayer rally, telling CTV that his diagnosis was a shock, but that he’s lived a full life.

“I'm grateful for the life that I've had. So, it didn't come with a sense of missing out on life entirely,” he said.

The rally culminated with a moving rendition of Psalm 130 by Chazzan Pinchas Levison, Cantor Emeritus of Machzikei, who has worked side by side with Rabbi Bulka for 40 years.

While Rabbi Bulka watched the program live and later said that he was beyond moved and grateful, a recorded message from the rabbi was shared at the end of the rally, thanking those who joined in to pray and offer well wishes.

“If there’s anything we learned from the COVID crisis it’s that we’re all in this together,” said Rabbi Bulka. “You coming together this evening and sending your wishes of good health — I join you and I wish you and your families good health and wellness.”

Rabbi Bulka left us with a call to “appreciate each other.”

“Let's make that the mantra that defines us. God bless you all.”

For Rabbi Scher, he explained that "last night's event was personally one of the most important things I have ever done in my life. Praying for another can be the greatest kindness. Nothing could have been more right at this point in time than thousands of people engaging in this kindness in the merit and in honour of a man who is the very embodiment of kindness."