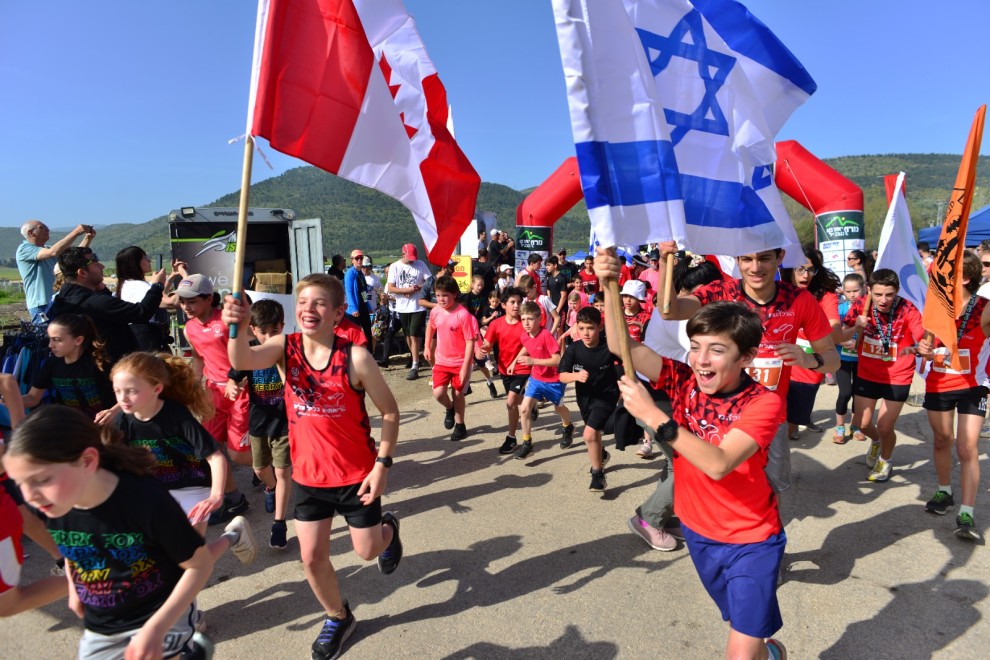 Jewish communities around the world are celebrating Yom Ha’atzmaut, which begins tomorrow evening, making this week the ideal time to celebrate our local connection to Israel through the Partnership2Gether (P2G) program.

Through the Jewish Federation network, Ottawa, along with Vancouver, Calgary, Edmonton, Winnipeg, and Atlantic Canada have been working with communities in the North of Israel for decades as part of P2G. This program twins Israeli and Canadian schools, invests in projects that strengthen the periphery of Israel, and creates a Gesher Chai (living bridge), through which shared values are experienced.

“It is our very tangible way of celebrating Jewish peoplehood, and the reason why P2G is such an important piece of Federation’s work,” says Sarah Beutel, the Jewish Federation of Ottawa’s vice president of community building. “The program represents our Jewish values in action.”

A perfect example of this special connection occurred last month when more than 1,000 Israeli children in Ottawa’s P2G region of Metullah participated in Israel’s first-ever Terry Fox Run — something that was entirely thought up by Israeli youth, and was a tangible example of “crossing the divide,” says national P2G co-chair Barbara Crook.

Crook, previously the Ottawa committee chair, assumed the role of National P2G co-chair in October of 2019. Before that, she was the Canadian chair of the youth and education sub committee, and has been going to the North of Israel since about 2003.

The role has been completely different during the COVID-19 pandemic than it would be, said Crook, who is supported locally by Nikki Shapiro, the current Ottawa P2G committee chair.

Crook explained that the P2G participants normally meet in the spring in Canada and in the fall in Israel, but the pandemic left this “big, blank canvas.”

“We assumed, like everyone else, it would be a matter of months … so we decided to go virtual. We did meetings in March of 2020 onward, never losing contact. As much as you can say Zoom is no substitute for face-to-face meetings, we found that there were things we could do on Zoom that we’d never been able to do before.”

They started having a series of monthly virtual gatherings or mifgashim, in which students in the partnership region and in a Canadian city would arrange a program around each holiday.

“The first call was on Chanukah and we had more than 100 screens on that call,” said Crook. “It was the most moving experience of my entire Jewish life,” she added. “I could not believe that the divide could be crossed like that.”

As for the Terry Fox Run, it was an idea sparked by one of our Israeli partners. “This one participant knew all about Terry Fox and thought his values would resonate with Israeli kids,” said Crook. “We were of course keen on it.” 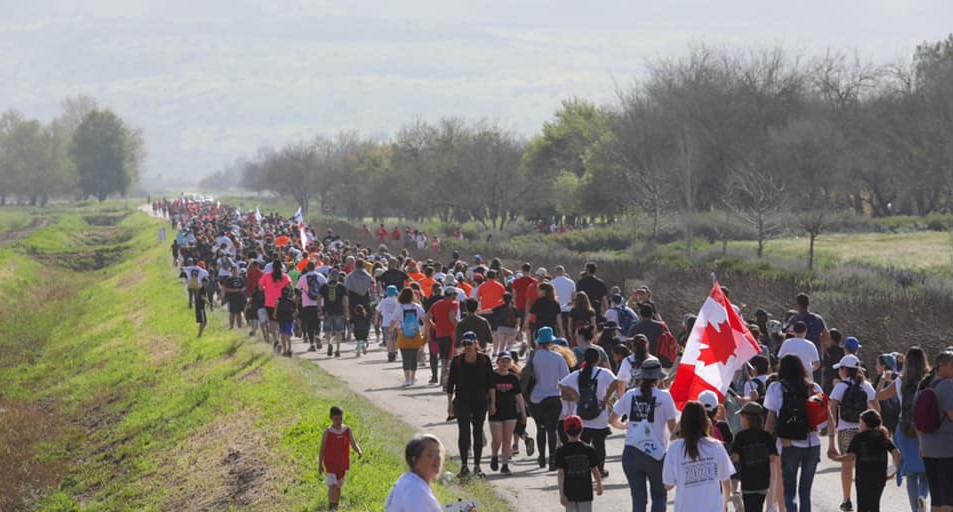 Meytal Novidomsky, partnership coordinator for the P2G region in Israel, said they had the run planned for two years.

“Everything was ready for the run, with more than 1,000 kids,” she said. “We had to cancel just a few days before the run due to COVID … in March 2020, right at the beginning of the pandemic. We tried to reschedule a few times during the pandemic, but it didn’t work out until last month.”

It wasn’t just a fun run — everyone learned about Terry Fox’s achievements and values in school in the weeks leading up to the event.

“The kids had a lesson before the run to get to know who Terry Fox was. It was great to see the kids learn about a Canadian hero,” said Novidomsky. “ It was great to see how the kids related to the values he represents. They were so fascinated and it made them really excited for the run.”

The funds raised will go to support cancer research at the Azrieli Medical Faculty of Bar Ilan University in Tzfat.

“It really meant something to those kids,” said Crook.

“The Terry Fox run was the first time the Israeli kids learned about Canadian culture, a Canadian hero. It was a great opportunity for both sides,” she said. “We’re always open for new ideas and opportunities. Hopefully this is just the first one.” 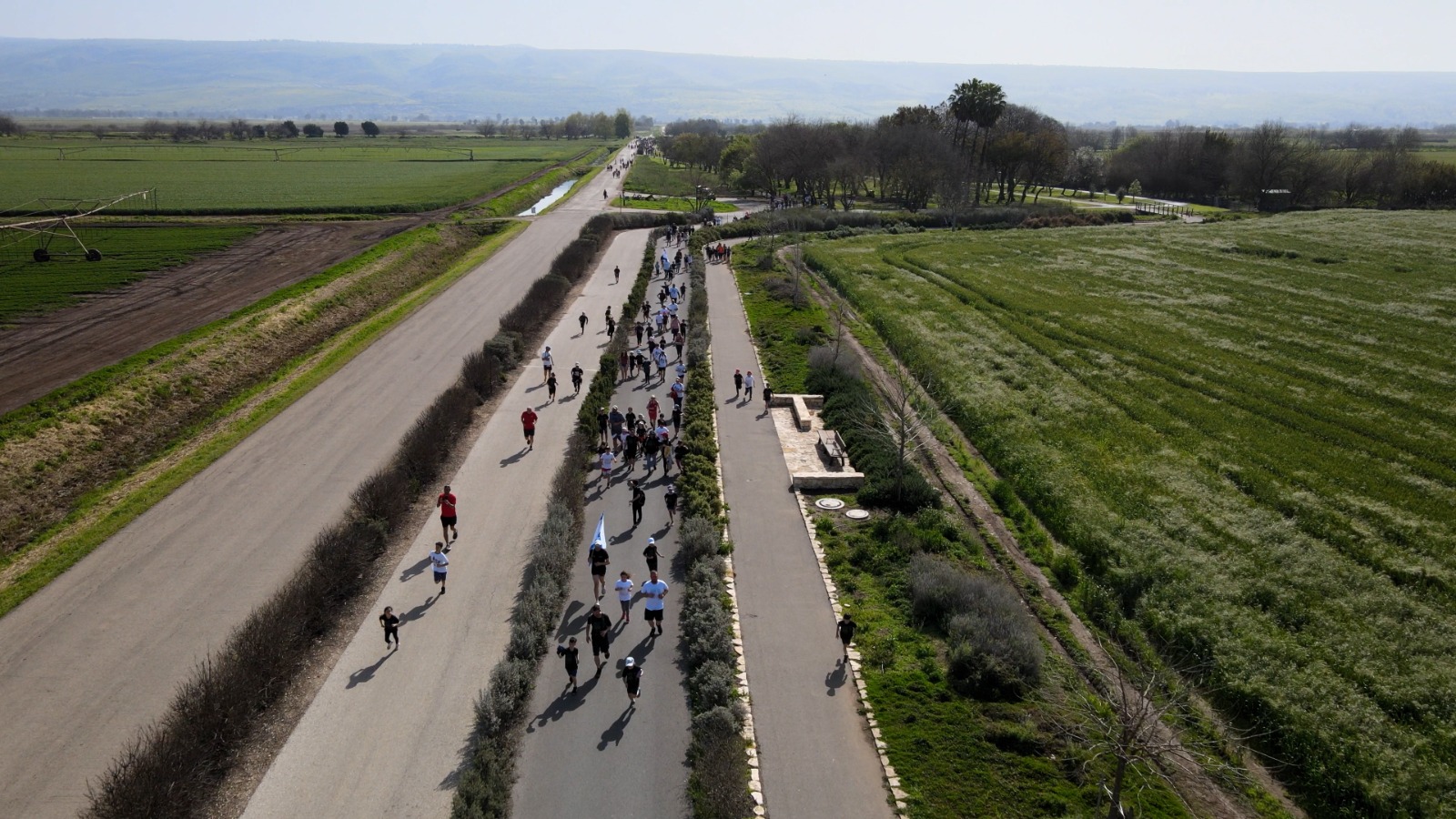 Pre-COVID, and beginning again slowly, Ottawa’s OJCS is twinned with the Hanadiv School in Metulla (in the very North of Israel, on the border with Lebanon), and Ottawa’s Temple Israel religious School is partnered with a school called Einat Hagalil located on Kibbutz Amir.

“It’s been rewarding in a way that we couldn’t have imagined,” said Crook.

Among other projects supported by the P2G program is the Community Stress Prevention Centre (CSPC) in Kiryat Shmona. The centre is a pioneer in resilience-focused interventions for trauma-exposed people and communities resulting from terror, war, crisis or disasters. Established in 1980, by a world-leading expert in the prevention and treatment of psycho-trauma, Prof. Mooli Lahad, CSPC is the first in Israel - and probably worldwide - to introduce research-based models for building resilience at the individual, family, community, organization and national levels.

The funding by P2G is focused on supporting teachers affected emotionally by COVID-19. This was started after studies by the Hebrew University showed an increase in teachers experiencing pressure and severe burnout.

Another project is Mashabim Group Therapy Project for Junior High Schools. The decision to focus on junior high students relies on the understanding that Grade 8-9 students’ study routine was harmed the most as a result of the pandemic. The main goals of the project are to enhance social skills that were weakened during virtual learning, and to equip participants with effective tools and means to reduce stress and anxiety.

A final example of the projects being supported by P2G is the STEAM multidisciplinary learning program for elementary and junior high schools. Nine schools in the region are participating. The project has introduced innovative and new teaching approaches giving the students experiential and enhanced instruction in science and technology, languages  and math.

To find out more about P2G visit here.