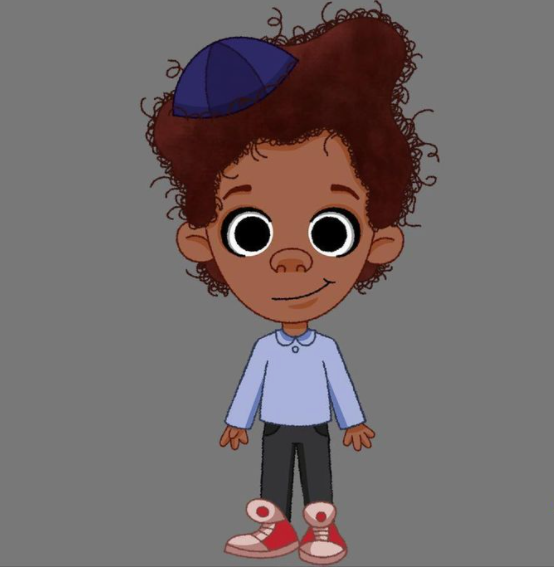 Every February, people in Canada are invited to participate in Black History Month activities and events that honour the legacy of Black Canadians and their communities.

This year, the Jewish Federation of Ottawa is focusing on the racial diversity that exists within the Jewish community through a selection of films available for viewing throughout the month.

One of those films is Blewish from Los Angeles animation producer Ezra Edmond. “Blewish” is a casual term for someone who is Black and Jewish.

“I love how animation is a medium where you can tell any story,” said Edmond about getting into the art form. “You get to design the world, the characters and make it whatever you want it to be.”

What world did Edmond want to create? One where he saw himself.

“Growing up Black and Jewish, there wasn’t a lot of representation. I was at a bookstore once and I saw two Black and Jewish kids there looking for a book … the mom said something like ‘There’s nothing here that looks like my kids’,” said Edmond. “I took that to heart and wished I’d had something to be able to give that kid. The idea stayed in my head for a while.” 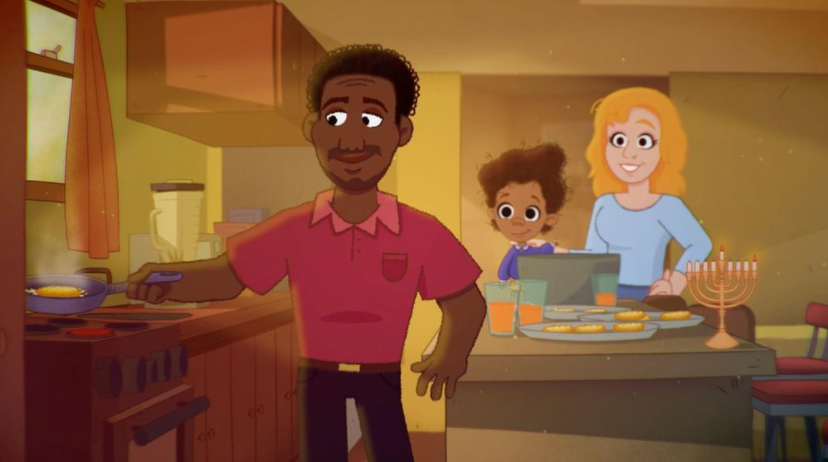 So, when Edmond wanted to start working on an animated short, that’s the moment that kept coming back to him.

“I wasn’t sure it would be relatable,” said Edmond. “I thought sometimes there were maybe just like five of us (that were Blewish) … but folks are reaching out. I’m happy that I told it the way I did, so it feels uplifting and inspiring.”

It took about a year to create the animated short, starting in March 2020 and wrapping up in March 2021. It’s has been screened in a number of film festivals, but that’s not what’s most important to Edmond.

“Some people have sent me photos of their families watching, the little kids who are Black and Jewish, and teachers are saying they can show this in school,” said Edmond. “That’s been really cool and it’s more important to me than being in the festivals. Knowing that kids are finding a commonality and value in this story that I wrote is really neat.”

There’s no dialogue in the film, which Edmond said means you can feel and connect to it however you do.

“I’d love to make more films in the future about Black and Jewish identity. I don’t think there’s enough mainstream Jewish content in general,” said Edmond. “It’s kind of caught in a space

where it’s telling the stories of religion and history and not modernizing. There’s no Jewish feature film. Then there’s even less happening with Jews of colour.”

Edmond said he hopes everyone takes away that we all have moments in their life where they don’t feel like they fit in.

“I think it’s important to learn to listen and pay attention and make time to make people feel welcome as much as possible, even if someone doesn’t seem like they’re like you.”

Along with Blewish, the Federation is screening two other films this month: AULCIE, the incredible story of Aulcie Perry, an African American basketball player who hailed from the violence-filled streets of the 1960s Newark, New Jersey, and who found his glory in leading Israel's Maccabi basketball team to the 1977 European championship; and Yerusalem: The Incredible Story of Ethiopian Jewry, which brings to life the story of the long, dramatic and tumultuous journey as the Jewish Ethiopian community, also known as “Beta-Israel”, finally find their way back to the heart of the Jewish people after centuries.

Being “Blewish” (Black & Jewish) can be frustrating, especially when people frequently assume that someone can't be Jewish just because they're Black. Blewish is the story of a boy stuck in the middle. Torn between either concealing or embracing his full identity, he learns how he can help create a world where no other child feels the pressure of having to make that choice again.

Blewish is available for viewing from Feb. 8 – 15. Visit our website for the link to view and to find more info on Black History Month films and resources.