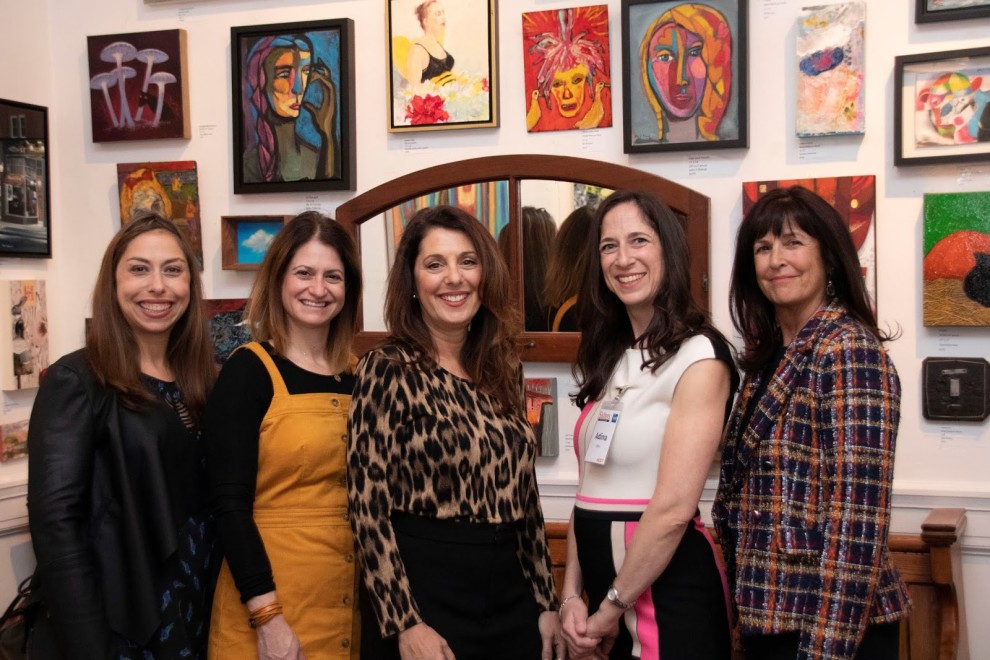 ‘Be bold’ says Erica Ehm at new event for women

Sisters on Board is a new event designed to encourage leadership by women on community boards.

One day, when Erica Ehm was eight years old, she told her mother she was hungry.

“My mom said, ‘See, look what you learned from this… you have to learn to ask for what you want.’ I can trace every one of my successes to that story. All of us have to take the opportunity to ask for what we want, even if it’s hard.”

Ehm, the entrepreneur and former MuchMusic VJ, was speaking, October 24 at Sisters on Board, a new Jewish women’s event, held among the large colourful paintings of Orange Art Gallery.

Hosted by the Ottawa Jewish Community Foundation, the sold-out event was created to encourage women to take leadership roles by participating on community boards. The event was designed to be inclusive to women of all professional and philanthropic experience, and there were many enthusiastic younger women in attendance.

“The idea for Sisters on Board began when I noticed that I was sitting at a boardroom table with some of the smartest minds in the city and a disproportionate number of them were men,” said Adina Libin, the event’s chair in explaining its conception. “I started thinking about how many brilliant women I know who were missing out on access to these minds; as well as how this table was missing out on access to these brilliant women.”

The title of Ehm’s talk was “Courageous Leadership: Put Your Bold Face On.”

She illustrated her remarks with projected images of some of her many role models, from Hazel McCallion, the former mayor of Mississauga, to singer Jann Arden, and Foreign Affairs Minister Chrystia Freeland.

“If you don’t believe boldly, you can’t lead boldly,” she said. “Everyone in this room has something that’s important to them, something that turns them on.

“Why are women so dismissed? Why can’t we be more than somebody’s mom?” she asked.

“That passion triggered me, and I still can’t help talking about it.” 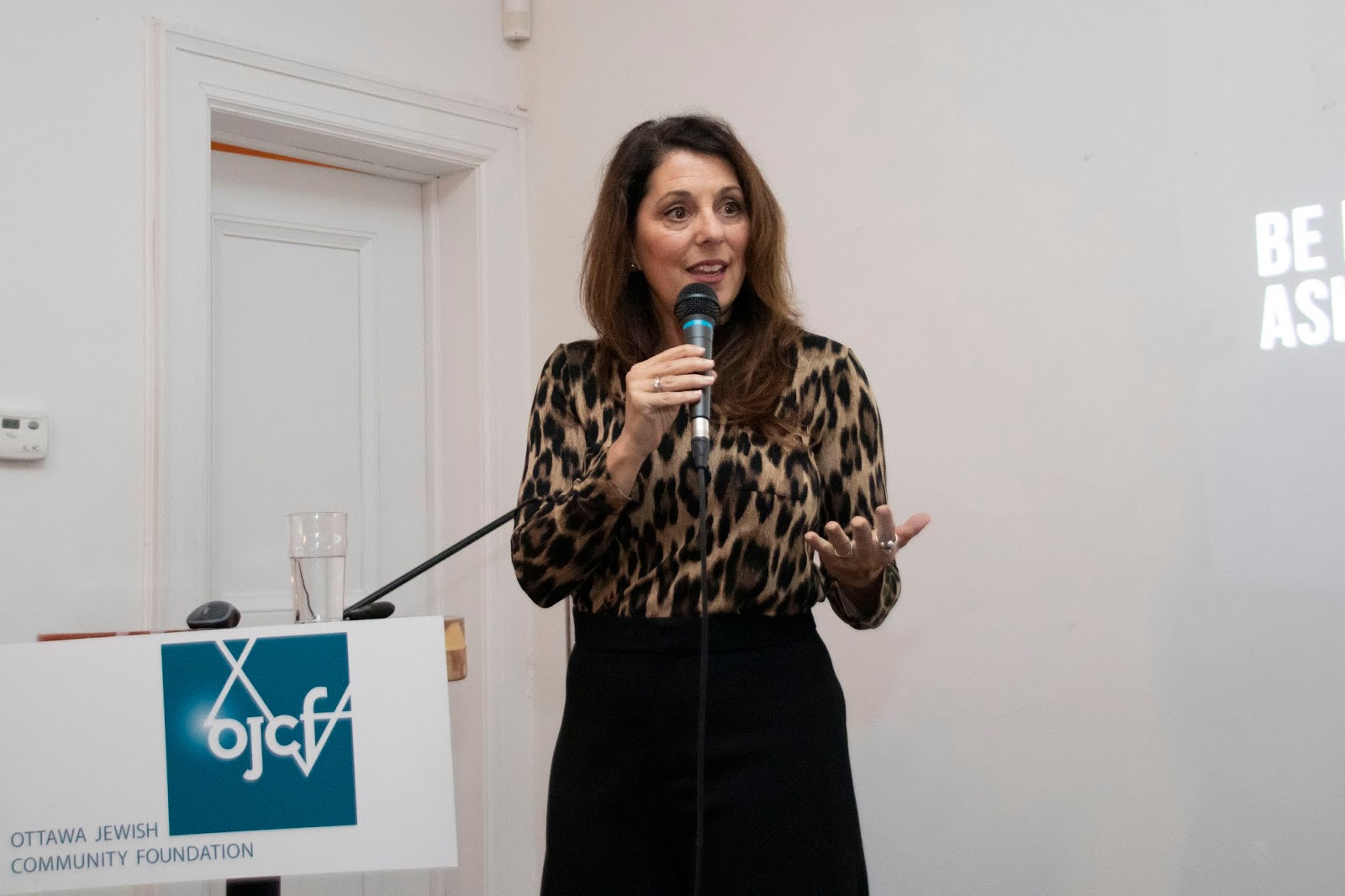 Ehm referred to herself a “bold faced opportunist.”

“Opportunist is not a bad word. It’s a bold word… To be an opportunist means coming up with mutually beneficial scenarios. That’s the sign of someone being a leader. You’re constantly working for new opportunities,” she said.

“Today, I really do hope you take the passion and network. I’ve already met five people in the room who blew my mind.”

Ehm gave examples of putting on her bold face and making cold calls and being turned down until slowly her business began to happen. “You have to stick with it,” she said.

She said that one of the interesting things about leadership is that “the quiet ones in the corner are the ones to look out for. Oprah got famous not because she talks well, but because she listens.

“Listening to your enemies or competitors is a strategic thing to do… As a listening leader, listen to your gut. It tells you this is the right thing to do or the wrong thing.”

In the spirit of the Sisters on Board event, Ehm suggested that members of her audience put on their bold face and join a board.

“You have work to do. What is it you want to achieve in life? What is it you want to do to make the world a better place? Don’t be afraid to ask. I challenge you to give it a shot. Every time you reach out to someone, you’re making a relationship. If you initiate conversations, they will remember. If you ask for something, you never lose, because you make a connection in the process.”

And don’t be afraid to put your bold face on when you need help, Ehm advised, noting, “It’s strength, not weakness.” Ehm said she needed help when her company was doing well but she “couldn’t read the numbers.”

“Put your bold face on when you communicate,” she said. “There’s an app you can download called ‘Just Not Sorry.’ Men don’t walk around apologizing. You need to own it, not shrink away.

“I have a plan,” said Ehm, in conclusion. “Tomorrow night when you go home, someone’s going to order pizza. And it’s not you.”

In her greetings, Andrea Freedman, president and CEO of the Jewish Federation of Ottawa and Ottawa Jewish Community Foundation, spoke about the hateful graffiti discovered that morning at the Ottawa Centre campaign office of newly re-elected MP Catherine McKenna, and told the audience, “I’m going to put one extra burden on you. Think about a friend, a colleague, and take their hand. It’s up to every one of us to fight for what we believe in, for each of us to stand up and answer the call.”