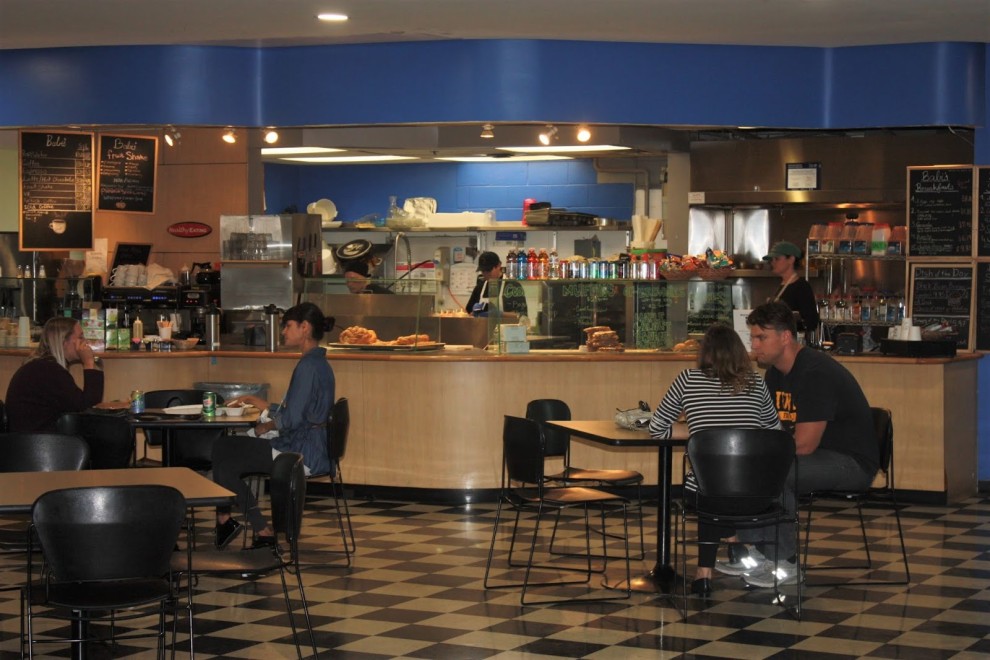 But then Israeli chef Shabi Baruch opened Babi’s Restaurant on the second floor of the SJCC. Babi’s is a kosher dairy restaurant that offers all-day breakfast, a variety of vegetarian dishes, house-made bread, sandwiches, soups, smoothies and more. Its bakery also makes fresh baked goods every day, such as muffins, scones, cookies and cakes.

Baruch said he’s worked in restaurants, in “every position imaginable” since he was 15, including at locations in New York, Los Angeles and Toronto. But none of those big cities appealed to him in the way Ottawa did. “The smaller city is definitely my thing,” he said.

In 2015, Baruch moved to Ottawa and opened Babi’s. The name “Babi,” he explained is a term of endearment in Hebrew, especially in Sephardic families. In addition to the restaurant at the SJCC, Babi’s also offers a catering service supplying food service to “anything you can imagine,” said Baruch, including meetings, bar and bat mitzvahs, brit milahs, and shivas.

As well, for the past two years, Baruch has partnered with JCC Summer Camps to run the ‘Kids in the Kitchen’ specialty camp, which gives children aged 10 to 14 opportunities to learn how to create dishes such as pizza, sushi, challah and pasta from scratch. Baruch said he owes the success of Babi’s to his employees and to his loyal customers.

“If my employees didn’t give 110 per cent every day, it would never work. If my customers didn’t tell their friends and family and colleagues that we existed, we would never grow,” he said. Asked about the most rewarding part of his job, Baruch said he enjoys socializing with customers and seeing the smiles on their faces. “That makes my day, every day.”

Babi’s has a loyal cadre of customers, among them Cara Kaiserman, who has frequented Babi’s since it first opened. She said she enjoys the restaurant because of how friendly Baruch is and because the food is “kosher and delicious.” Josh Kumar, a yoga teacher at the SJCC, is also a frequent diner at Babi’s – “at least three times a week.” Kumar said he enjoys the restaurant because “the bread is amazing, Shabi is always upbeat, and it’s a nice and quiet place to meet and chat with people.”

Meals from Babi’s are also now available for delivery on the Uber Eats app. Baruch says the delivery menu is expected to change and get bigger in the coming months.