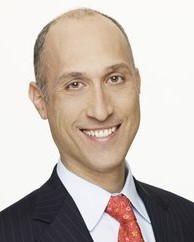 Jonathan Ross Goodman, a Montreal-based pharmaceutical entrepreneur and philanthropist, was the guest speaker, April 27, for an online event presented by the Ottawa Jewish Community Foundation as part of its “Business Leaders” series. More than 50 people “attended” the event via Zoom.

“Choose Life” was the title of Goodman’s talk and, indeed, it has been the theme for his life as he has overcome the odds to survive two life-threatening challenges: a devastating lymphatic cancer diagnosis as a university student; and, more recently, a traumatic brain energy suffered in a bicycle accident from which he was given only a 10 per cent chance of survival.

As a business leader, Goodman founded two pharmaceutical companies, Paladin Labs Inc., which was sold in 2013, and his current company, Knight Therapeutics Inc. He also devotes much energy to philanthropic endeavours including fundraising for Federation CJA, Montreal’s Jewish federation, and ORT, the Jewish educational and vocational training NGO.

Goodman began by summarizing some of his career achievements beginning with the founding of Paladin Labs at age 26 following some work experience in marketing at Proctor & Gamble and strategy consulting at Bain & Company.

“I had a passionate desire to be my own boss and control my own destiny,” said Goodman in explaining his decision to launch Paladin. “I started Paladin as a public company at $1.50 a share and 19 years later sold Paladin to Endo, a U.S. specialty pharmaceutical company, for $3.2 billion or $142 a share.”

But, noted Goodman, his success in business does not provide “the true meaning in my life.”

“I’ve had plenty of time to reflect on my life having survived a traumatic brain injury resulting in a five-week coma, two heart attacks, septic shock, a pulmonary embolism, and a double pneumonia,” said Goodman.

Goodman’s brain injury occurred while on a celebratory bike ride in the Laurentians with his management team just after completing the sale of Paladin. He was given a 90 per cent chance of dying “or, at best, living in a vegetative state.”

Given the odds, Goodman said, had he not had a devoted wife, three young children, and a committed group of friends, “I would have simply given up living.”

“So, my first lesson for you is draw meaning in your life in living for others. Life is not about you, but about the people you touch,” said Goodman, explaining that as hard as the ordeal was for himself, “it was infinitely harder on my wife, parents and children… It is always infinitely harder on the family than it is on the ill or injured.”

Goodman noted that some of the most meaningful visits he received while recuperating for months in the hospital were from six married couples whom he had introduced to each other.

“Being a matchmaker for your friends – or children or grandchildren – is a simple and inexpensive way to make a difference,” he said, noting the traditional adage that setting up three couples leading to marriage “is an automatic ticket to heaven.”

Goodman also noted his battle with cancer which, at age 21, consumed about a year of his life for treatment – during which he decided to pursue law school and an MBA at McGill University.

Goodman said his experiences as a student government leader – at every level from high school to law school – helped prepare him for his career in business.

“One can learn a ton from operating and leading a non-profit,” said Goodman. “If you can motivate and lead unpaid volunteers, leading a paid group of employees will be a breeze.

“I encourage you all to give back and volunteer your time to any non-profit organization... not only to help improve our community, but to hone your management skills,” he said.

Another takeaway, Goodman said, “is to invest in yourself.”

Noting that experts had agreed that he had little chance of surviving his bike accident, or that Paladin would become such a successful company, Goodman said that he had “a keen awareness of the fact that nobody knows what the future has in store,” and he has learned, in overcoming cancer and his brain injury “to always choose life.”

Goodman said he has devoted “15 per cent of my time over the past 24 years performing the mitzvah of tikkun olam, the biblical obligation that we each have to repair our very broken world as a show of gratitude for living a blessed life,” which was taught to him by his mother, “who dedicated her life to helping others,” adding that his father taught him that leading a meaningful life will cause everything else to fall into place.

“I have made a conscious decision to live in awe, not fear,” said Goodman. “Normal people would have died from my injuries. My terrific wife and wonderful offspring can attest to the fact that I have never been – nor aspired to be – normal. Normal people achieve normal results and the quest that I am on requires a fair amount of grit or chutzpah. I never want to be normal.

“My mother, of blessed memory, drilled into [me and] my siblings that we are not put on this earth just to take up space, we are put on this earth to make a difference – to touch people’s lives. That simply cannot be done without putting ourselves outside our comfort zones. The challenges we face simply cannot be overcome by the status quo, and therefore, staying normal just won’t cut it if we want to make a difference – if we want to choose life.

“No matter how daunting life becomes – and boy, it can become tough – shed your inner normal and embrace that challenge: choose life,” said Goodman.