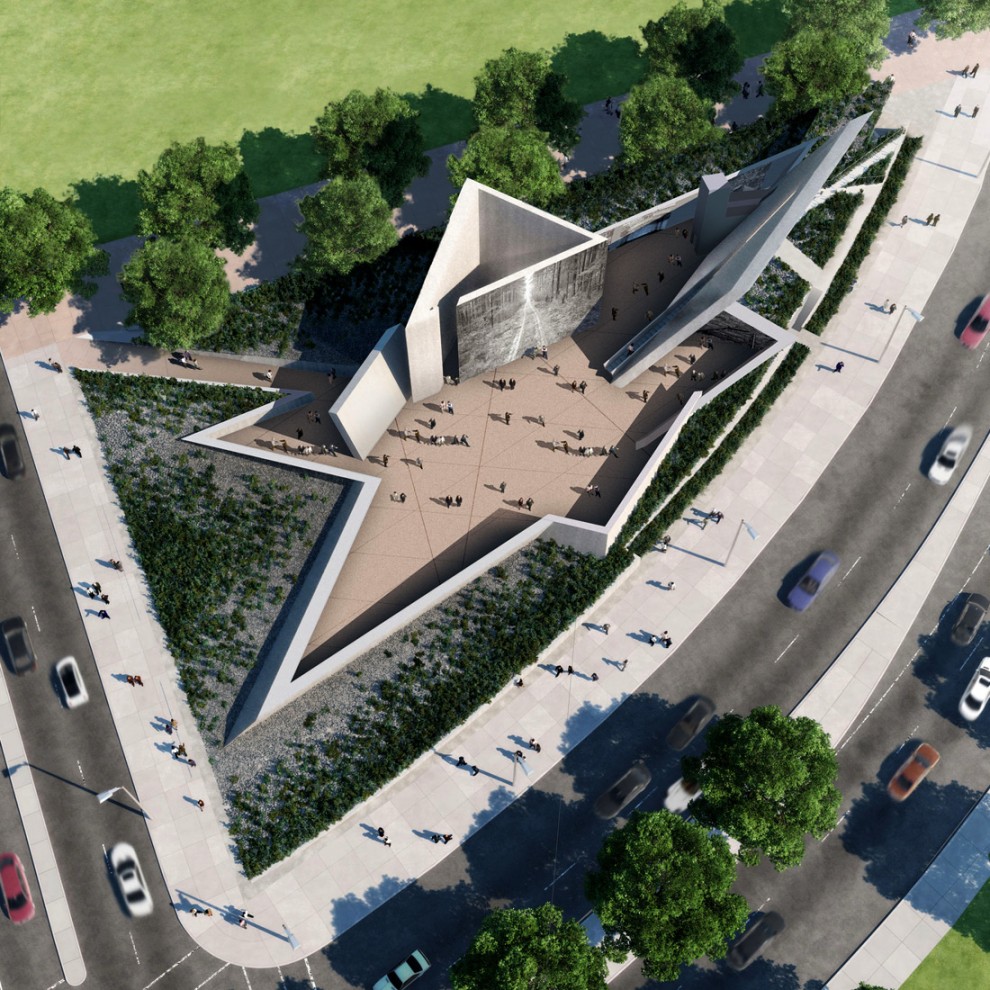 The long wait for a national Holocaust memorial ended in 2017 with the official unveiling of the impressive monument on Sept. 27, 2017. Called the “Landscape of Loss, Memory and Survival,” the National Holocaust Monument, located across from the Canadian War Museum at the corners of Wellington and Booth Streets, commemorates the six million Jewish men, women and children murdered during the Holocaust. It also stands as a tribute to the courage and resilience of the survivors who came to Canada.

Architect Daniel Libeskind designed the monument to be “a place of memory and mourning, honouring and commemorating, a space for questioning and learning and an unforgettable experience.”

Creating such “unforgettable experience” was the impetus behind the upcoming Babi Yar Commemoration, to be held Sept. 14 at 3:30 p.m. Organized by a committee of engaged community members, this first-of-its-kind event at the monument is meant to help bring more meaning into this important space.

After visiting the memorial in April 2021 on Yom HaShoah, Holocaust Remembrance Day, Babi Yar Committee Co-Chair Joel Diener was surprised to not see any sign of remembrance despite the important day. Along with Lawrence Greenspon, fellow co-chair, Diener decided that something needed to be done to give this structure more significance, not just for the Jewish community, but for Ottawa as a whole.

“We want to hold meaningful events on the site with our Jewish community and with our fellow Canadians, of all stripes,” said Diener, a recent Jewish Federation of Ottawa Shem Tov Community Award winner. “Events where we can remember the anniversaries of many of the tragedies that befell us during the Holocaust, celebrate our wonderful lives here and remind ourselves how hard we need to stand on guard to protect our liberties and the liberties of all Canadians.”

The upcoming event will be a solemn remembrance of the two-day mass killing at Babi Yar, a ravine outside Kiev, Ukraine. The massacre took place on September 29 to 30, 1941. Approximately 34,000 Jews were killed, making it one of the largest mass killing by the Nazi regime.

“It is particularly important during this time of antisemitism that we remember and honour its victims and survivors,” added Greenspon.

Guest speakers will include:

Guests are requested to kindly RSVP by Tuesday, September 7, 2021, at office@cmhottawa.com and state your name and contact number

Please note, the event will follow COVID protocol with a maximum of 100 people permitted for outdoor gatherings.

Social distancing, as well as a mask, will be required. As it is an outdoor event please bring your own seat if required.