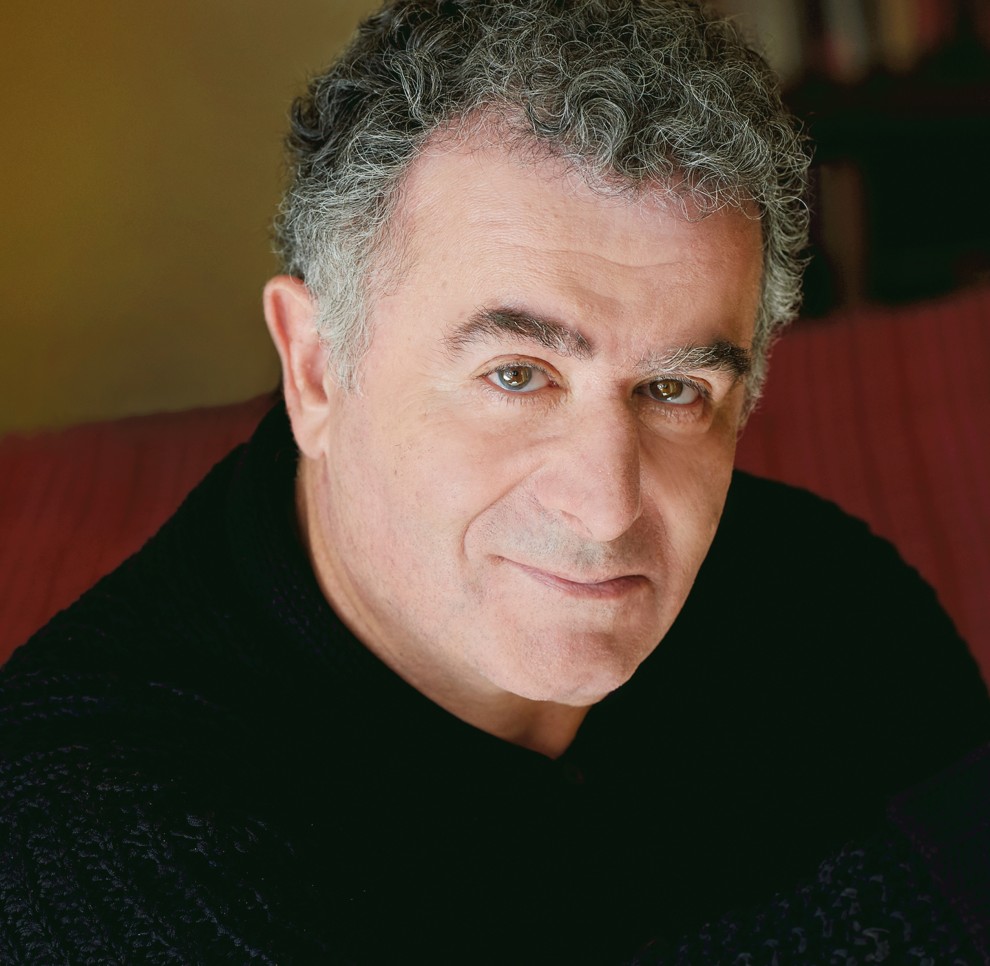 Heroes, Victims, Perpetrators and the Ties that Transform

Be among the first to hear acclaimed Canadian actor Saul Rubinek perform excerpts from his play “All in the Telling” at the Centre for Holocaust Education and Scholarship’s (CHES’s) Kristallnacht commemoration on November 9th, 7 PM. Here’s why you won't want to miss it.

When his daughter Hannah was 13 years old, Saul Rubinek—actor-writer-director—showed her class the documentary about his parents’ survival during the Holocaust, based on his 1987 book, published by Penguin, So Many Miracles. “I wanted to inspire the children to investigate their own family stories.”

He then challenged the students to interview their own parents or grandparents to find out how and why they ended up where they did—in this job, in this city, in this country.  Many came back with traumatic stories from countries like Chile, South Africa and Cambodia.

“The kids not only learned about themselves, but just the act of telling their stories to their classmates was incredibly bonding,” says Rubinek. As one child innocently asked: “If everyone told stories like these, wouldn’t genocide be impossible?”

“We all have, in our families, in our immediate or not so distant past, tales of love, betrayal, heroes, cowards, victims and perpetrators. In fiction there is no character as deep as a single human being,” says Rubinek. He should know. For decades, he has portrayed virtually every type of character, from Rabbis to rascals, on stage since he was seven, and in such renowned movies as Ticket To Heaven, True Romance, Family Man, Wall Street and Unforgiven, and TV series’ as Warehouse 13, Blue Bloods, Star Trek TNG, Law and Order and Schitt’s Creek.

This multitude of stories in each of our lives is the essence of Rubinek’s play All in the Telling. He says he cannot speak for any survivors or victims, he can only tell how his parents’ experiences, from their formative years in Poland, through their survival during the Holocaust—hidden by Polish farmers—has impacted three generations of his family, his parent’s, his own and his children’s.

“I spent most of my life dealing with this subject—either traumatically, involuntarily, running away from it, embracing it and sharing it in one form or another. For me, my play is all about my parents telling me, me telling my children and the play telling the audience. The act of telling is an act of holding hands with others and saying we share a common story.”

Scenes from a Childhood

To gain a better sense of Rubinek and his play, you have to go back to scenes from his own childhood. His family immigrated to Montreal soon after he was born in a Displaced Person’s camp in Germany in 1948. His earliest memories include growing up in the tough working-class neighborhood of Duddy Kravitz fame. There he mingled with name-calling, rock-throwing immigrant and French Canadian kids, whom he both befriended and defended against. At the age of five, he came home with a bleeding ear and his mom said: “God gave you two hands to fight back.”

A year or two later, his dad got a better job in Ottawa, moving the family to the Sandy Hill area. Rubinek was transferred to a local public school from the then Jewish Peretz Shul in Montreal (where he spoke a mix of Quebecois joual and Yiddish, with a smattering of English).

Rubinek recalls: “I was in Grade 1 or 2, the teacher sneezed, I said ‘gezundheit’ and a boy laughed at me. Where I grew up, if you let a kid laugh at you, he would ‘kill’ you the next day.” So Rubinek waited for him at recess, took a brick and broke his nose. His parents were called into school, Rubinek narrowly avoided expulsion, and his father’s solution was: send Saul to Ottawa Little Theatre acting school, free for boys at the time.

“I didn’t realize until I was thrown in that water (acting) that I was a fish with gills. And I have never left that water."
“That was Ottawa for me—theatre school was my real education, not Woodroffe or Brookfield High (which he also attended). Surrounded by the Little Theatre’s extraordinary teachers and children, and later by talented mentors like director John Palmer, Rubinek’s extrovert nature, often hidden privately, shone in public. He notes that his father had been an actor/director in the DP camp and was a born storyteller and comedian, “so I came by these talents honestly.”
Looking at his vast body of performances, Rubinek says one of his most memorable is a film that recently wrapped in Ukraine — a period drama called SHTTL. “I’ve played survivors before, I’ve played rabbis before, but I’ve never been in Eastern Europe working in Yiddish the way my father did before Hitler stopped him.”

Besides his ambition to launch his play, Rubinek hopes a new edition of his book So Many Miracles will be published. His daughter Hannah acted as editor and inspired him to revise the book “… with more honesty in the facts and relationships,” he says. “There are no more white lies.” How does this impact his stories? Well, you’ll have to hear about it in All in the Telling.

A Unique Opportunity Coming Next Spring: Meet Saul Rubinek in person at a Meet & Greet Reception hosted by CHES. A generous donation of $180 (or more) to grow CHES’s vital education programs promises attendees a riveting evening and prime time with this award-winning actor, director, producer and “born storyteller.”

To registration for this event: https://bit.ly/CHESnov.  For information about CHES other event please visit: https://chesatottawa.ca/category/2021-events