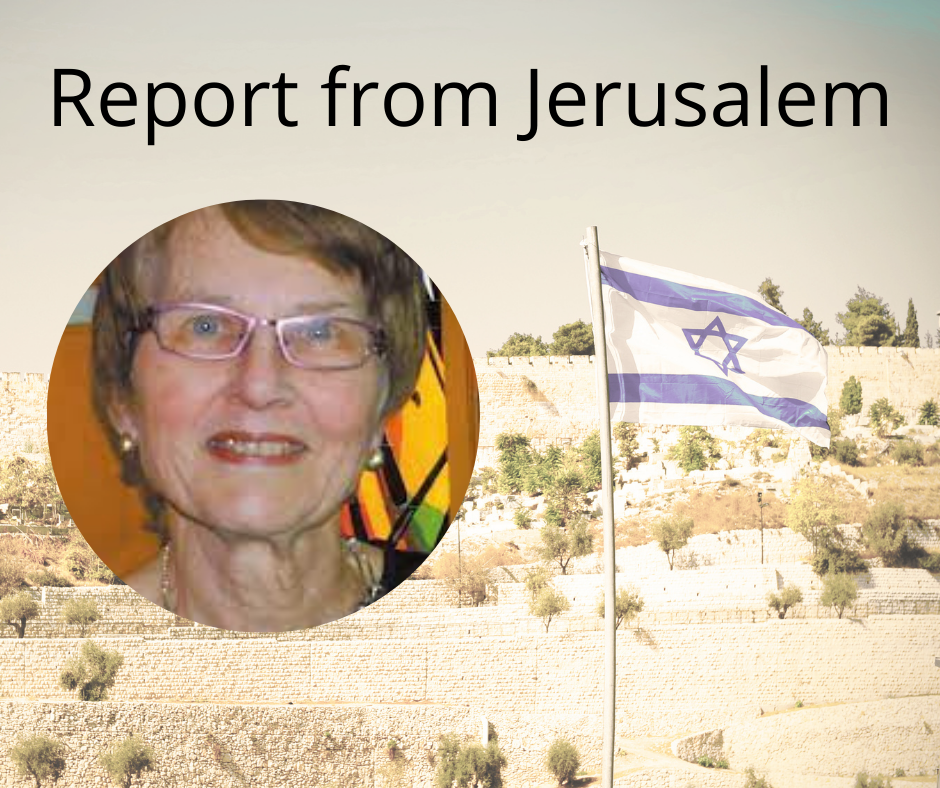 5781 has been a challenging year for Israel, which until recently, had been dominated by lockdowns and shutdowns because of COVID-19. With the virus now only a minor irritant as a result of a well-planned and executed vaccination program, and with restaurants, shops, gyms, and malls open again, and students back in school, there is suddenly a new reality: intensive rocket fire from Gaza. Related to this is the ignition of inter-communal violence between Arab and Jewish Israelis in many cities, among them Lod, Ramle, and Acco. East Jerusalem has also been affected.

Residents of Jerusalem, where we live, thankfully have been only marginally affected by the rockets. Few citizens are likely worrying about sirens sending them to shelters or to their safe rooms. True, there were sirens on Monday, May 10 (Jerusalem Day) when Hamas initiated its current attack by aiming rockets at Jerusalem, but there have been none since.

This is not the case in the southern and central parts of Israel. Residents there have faced some 3,000 rockets directed at residential and other targets. The intensity of rocket fire is purposive – to overwhelm detection capacity and thereby limit the use of Israel’s sophisticated and highly successful Iron Dome. Many Israeli kids, including our granddaughters (who live on a moshav near Ben Gurion airport) have been sleeping in the family safe room for the last week and a half, and have been joined by their parents and other siblings when the sirens sound. There has also been a return to school on Zoom for children living in the south or the centre (as far north as Netanya) since May 10th. The real heroes of this conflict are the residents of the south who have endured so many consecutive days of incoming rockets.

With so much media attention on the conflict perhaps some brief comments on the confluence of factors that prompted Hamas to begin its rocket fire might be useful. The first is Ramadan, the month-long period of fasting and praying observed by Muslims which often heightens religious fervour, and which ended May 12th. Large number of Muslims prayed nightly on the Temple Mount and after prayers some used rocks and other potential weapons stored in mosques there to attack Jews praying at the Kotel or to hit Israeli police trying to keep order.

The second is Palestinian Authority President Mahmood Abbas's decision (about three weeks ago) to cancel Palestinian elections slated for May and June. He did this because of the widespread expectation his party would lose seats in the legislative election and that Hamas would make gains, thereby weakening Abbas, and enhancing Hamas’s position on the Palestinian street. Hamas’s strategy is to portray itself as the defender of Jerusalem.

Third is the hand of Iran, which has been arming Hamas for years. Iran, highly critical of the Abraham Accords, wants to weaken, if not destroy, the new relationships Israel now has as a result of this agreement, and is happy to use Hamas, which also opposes the Accords, to do so.

Finally there is the property dispute in Sheikh Jarrah on which the Israeli Supreme Court has postponed its decision, a dispute not over ownership but over lack of payment of rent by tenants and the rights of the Jewish owners of these properties.

Although AMAN (the IDF’s intelligence arm) predicted a month ago a possible outbreak of rocket fire from Gaza, the consensus is that Israel was caught off guard by the first rocket barrage. The IDF has long planned for a conflict with Hamas, and marshalled intelligence on the residences of various senior operatives and weapons storage sites. Hamas 's practice of hiding rockets and other weaponry in or under residential buildings, schools, hospital etc., makes their destruction challenging since the IDF strenuously attempts to prevent civilian casualties.

As I write, pressures for a ceasefire are increasing, though this is not likely to happen before the IDF is satisfied that it has weakened Hamas by destroying some of its infrastructure (including tunnels), its rockets and their launchers, and personnel. Stay tuned, preferably to Israeli media (Jerusalem Post or the Times of Israel, both online) for continuing updates in real time. The rocket fire will end but repairing the damage done domestically by the rioting and fighting between Israeli Jews and Israeli Arabs, will take years.

- Maureen Molot is a former Ottawan living in Jerusalem