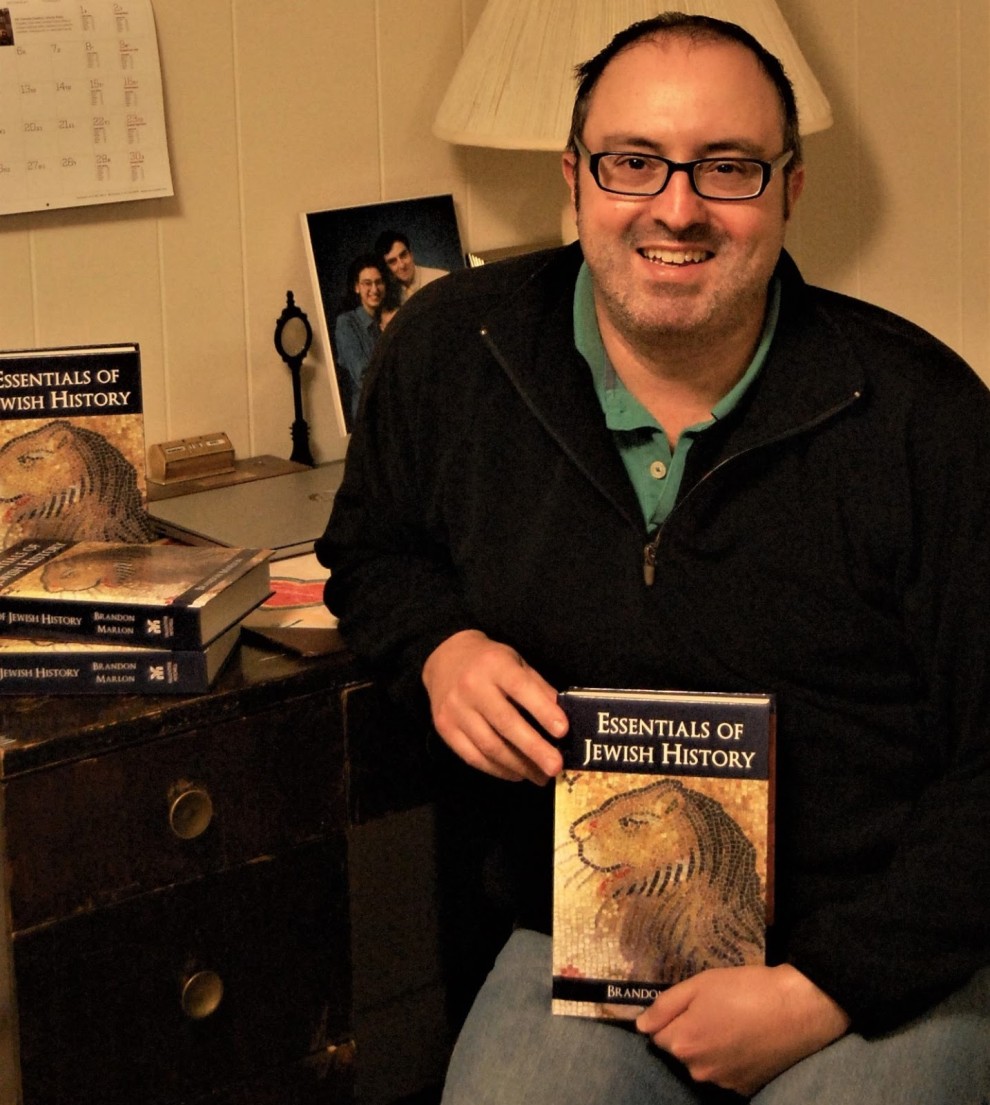 ‘What all Jews should know’

Growing up in Ottawa, Brandon Marlon was always interested in Jewish history.

“I had a traditional Jewish education, but that doesn’t always include history,” he said. “I was an autodidact [a self-taught person] and had a thirst for knowledge.”

Now, he has used his historical knowledge to write Essentials of Jewish History, a 550-page compendium aimed at both scholars and general readers.

“It’s definitely designed for a broad Jewish audience, and also useful for professors and students,” he told the Ottawa Jewish Bulletin.

It’s both a typology of leadership roles – prophets, prophetesses, high priests, judges, kings, queens, exilarchs, courtiers, Zionists, generals, and sages – and a who’s who, assembling all of those categories in one volume.

“I knew from the outset I wanted to focus on leadership roles,” said Marlon, a dual Canadian-Israeli citizen, who just turned 40. “I wanted to populate the book with the incumbents in each category, 15 chapters in total. Each category varied in size. Sages populated half of the entire book.”

After living in Israel for some years, Marlon has returned to Ottawa, but visits Israel regularly. Growing up, Marlon was inspired by Rabbi Jonathan Sacks, the former chief Orthodox rabbi of the United Kingdom.

“I didn’t have a Jewish history teacher per se,” he said. “However, in the last generation, things have changed in the Jewish school system and there is more recognition of history as Jewish literacy, and more recognition of history in general, [and of] the idea that all Jews should be knowledgeable about Jewish history, whether they’re observant or not.”

He said that Essentials of Jewish History “was written to meet the challenge of knowledge… of what all Jews should know. I’m proud of the fact that I could include Ashkenazi Jews, Sephardic Jews, as well as Jews who came to prominence in some of the newer denominations, Reform and Reconstructionist.”

It was also important, Marlon said, to acknowledge the role of women in Jewish history.

Marlon said he will be arranging author talks about the book.

“Dealing with four millennia, I never felt I was in over my head,” he said. “But I felt I was up to my neck.”

Essentials of Jewish History is published by Vallentine Mitchell Publishers, a Jewish academic press based in the United Kingdom. Marlon said it took three years to write the book, but four-and-a-half years to meet the publication schedule.

It was a challenge, he said, because he “had to fit people into the categories,” and he had a writing deadline. There wasn’t room to include everyone. “You have to make editorial decisions.”

He has already added a few entries to the manuscript. “There’s never an end. I’d love to do a second edition.”

Essentials of Jewish History is available in Canada at Chapters-Indigo and Amazon.

“I wanted to make a contribution to Jewish literacy, and I wanted to see one book with all the categories together, as concise as I could make it,” Marlon added. “I hope it will find its place on the Jewish bookshelf.”

Visit www.brandonmarlon.com for more information about Brandon Marlon and his books.